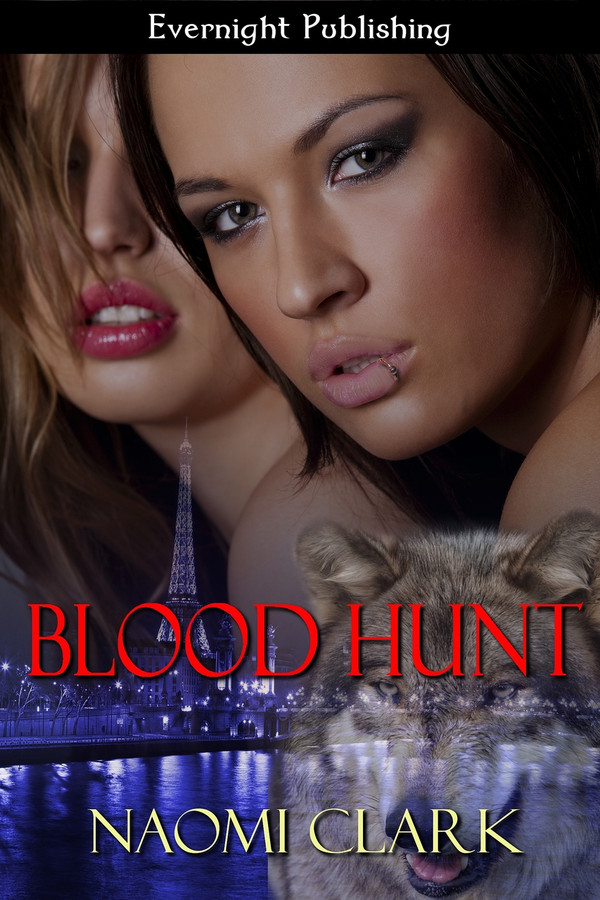 Ayla Hammond is taking on Paris.Hoping for a romantic getaway in the City of Lights with her girlfriend, Shannon, she finds a city under the dark thrall of Le Monstre.Getting caught up in mystery and murder was the last thing Ayla and Shannon wanted or expected, but as the body count grows and tension rises between Parisian werewolves and humans, they find themselves stalked by an unknown terror.What is Le Monstre and why does it make Ayla's wolf want to turn tail and run? Can it be stopped before they become its next victims?

I scented the air, searching for the one thing I didn’t want to smell: sweet, sour, rotting, wicked. “Nothing,” I told her when I didn’t find the scent. “I’m just jumpy.” I tried to convince myself of it as we walked past the neon-lit Moulin Rouge. Le Monstre wasn’t lurking in the shadows. This was just a quiet night. Maybe, I told myself, everyone had gone to watch Loup Garou burn.

We rounded the corner and headed up the hill to our flat. The silence and stillness was unsettling. How often did utter silence fall in a city? No cars revving, no cats fighting, no music blaring from open windows. It was unnatural. My wolf cringed inside me, waiting for the hammer to fall.

It didn’t happen. No shock attack came, just a slow, creeping sense of wrong as we made our way up the hill. And a slow, creeping realization that yes, I could smell it. That the air was gradually filling with that cloying scent that made my wolf quake and my stomach turn. It was here. Le Monstre was stalking us.

“Hmm?” She didn’t smell that evil scent, I realized. Didn’t notice that anything was wrong.

“Nothing.” I decided I didn’t want to scare her. I glanced around, tried to pick out some hint of where it might be, how close, how dangerous. The streets were dark, the lamps out as if by design. There was no moonlight to chase back the shadows. Le Monstre could be anywhere. Ahead. Behind. Shit, it could be anywhere. The smell made it hard to think straight, to stay calm. I couldn’t concentrate.

I picked up our pace, desperate to get to the flat. To get inside where I knew we’d be safe. We were minutes away. Maybe LeMonstre was stalking other prey. The wind could be carrying the scent from blocks away. I could be imagining it was close, still jacked up from the fight and the fire at Loup Garou. I just didn’t know. I didn’t trust my instincts. I couldn’t when my wolf was so edgy and scared, like a cub on her first hunt. I looked this way and that, peering into every shadow, expecting some horror film monstrosity to lurch shrieking from the darkness any second.

“What’s wrong?” Shannon asked me, her heels clopping on the cobbles as she trotted to keep up with me. “Ayla?”

“Nothing, it’s nothing,” I said through gritted teeth. We were nearly home, nearly safe. We’d get inside and I’d switch on all the lights and laugh at myself for being such a coward.

“Well slow down then,” Shannon said. “Take pity on the poor human in her high heels, okay?”

I inhaled, sucking up that rotting-fruit smell. It was stronger, I was sure of it. I listened, wishing I was wolf-shaped so I could flick my ears around and gather up every whisper of sound. But there was nothing to hear, except our own feet slapping on the pavement and Shannon’s puffing breath as she tried to keep up with me.

Why couldn’t I hear it? It was nearby, it had to be for the smell to be so strong, but I couldn’t hear a damn thing. Nothing moved in absolute silence, nothing in our dark little corner of the world.

It frightened me. There was nothing that made no sound at all. Even the stealthiest of wolves rustled the grasses in the park, or tapped their claws against the pavement.

I was imagining it. The wind was carrying the scent. I was tired, hurt, and strung-out. I chanted it to myself over and over as that sickly-sweet smell clogged up my nose and sent raw fear ripping through me. I quickened my pace again, sweat beading on my brow. I wanted to be inside, I wanted light. I wanted locked doors.

“Ayla, slow down, for God’s sake!” Shannon pulled free of me so sharply I stumbled on the cobbles and slipped. I landed on my rear with a thud and a yelp. Shannon cried out. “Oh shit, I’m sorry.” She leaned down to help me up.

A rush of air and sweet rot hit me. I gagged, rolling onto my side to vomit. Eyes down, dizzy, I didn’t hear it strike. All I heard was Shannon scream.

Ayla Hammond is hoping for a romantic getaway in Paris with her girlfriend Shannon. Instead she finds the city under the control of a creature named Le Monstre. Ayla being Ayla has to check it out and gets caught up in a mystery and dead bodies. Humans are on edge and so are werewolves. Will this end in more disaster or can it be stopped? Blood Hunt is very spell binding and captures your attention. It was well written and there were sweet moments in there with Shannon and Ayla. Being in a relationship is not all about sex even though that&#039;s great. It&#039;s about spending time with each other and taking on obstacles and persevering. That is what Ayla and Shannon go through.

This book is third in the series starting with &#039;Wolf Strap&#039; and then &#039;Silver Kiss&#039;. The confrontational lesbian wolf shifter and her super supportive mate take a week long vacation in Paris, France to try to mend fences between themselves and have a romantic lovely vacation. Not in the cards! I think there were about three instances when the two lovers had touristy moments or hot, romantic clinches. I was surprised and delighted that this book outdid the second one in the series for horrific hassles, trips to the hospital, and encounters with ‘Le Monstre’. I could not put it down for more than a few minutes, as I was super hooked into the mystery, murder, and mayhem. Fantastic! Ayla is much more sensitive and drawn to what is referred to generically as pack activity. She had left her lone wolf status at the end of the first book and jumped into pack doings in the second book. This vacation was to help mend fences with her non-wolf mate, which meant ‘no pack activity’. No such luck. On the street outside their window, a rather pregnant wolf shifter they met earlier howls to the heavens by her murdered boyfriend. Both Ayla and her mate become immediately involved with this situation. Only Ayla experiences a gut-wrenching fear, as she gets closer to the victim. That is just the start! Shannon is Ayla’s non-wolf mate. She is also the super lover of churches like Notre Dame, museums, major tourist sites like the Catacombs, and just strolling along the Seine. This vacation had all the elements to help mend fences and spark loving moments. Oops. The pregnant wolf shifter crying on her knees at the site of her dead lover is also their neighbor in the apartment a friend lent them for the week. This is just the first wounded stranger that kind of plops in Shannon and Ayla’s lap before the week barely gets under way. This does not make great vacation vibes, but both women are drawn to folks in need for strong and separate reasons. One extraordinary crisis after another nearly overwhelms our primary lovers. The intensity and the level of injuries involved made book two look a bit like a walk in the park. Our lovers should have booked rooms at the hospital! Even though there was bunches of brutal confrontations with mob scenes and Le Monstre, it was very exciting to have Ayla and Shannon side by side as they attempted to save their charges and themselves from such dire circumstances. I howled when Shannon tells Ayla they should go to Scotland next year as much for the fact that Shannon was also up to her ears in the action. I cannot wait to see what the next book holds for us. I definitely recommend this book! Plus, it will be even more enjoyable if you read the first two. NOTE: This book was provided by Evernight Publishing for the purpose of a review on Rainbow Book Reviews.