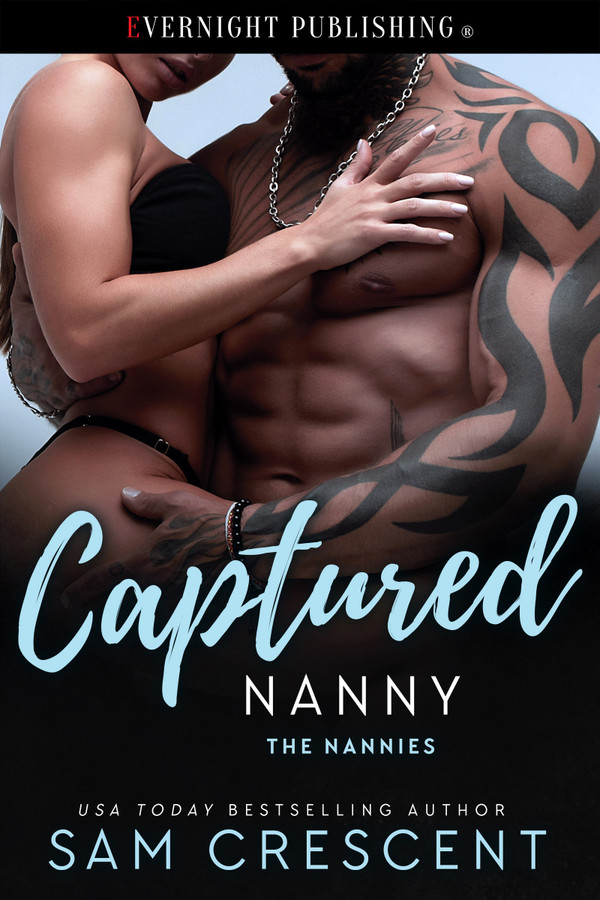 Wolf Jackson has never known of such a fuckup. His men round up women for sale, but Rain Thomas and her daughter, Evelyn, are accidentally thrown into the mix. He should have killed the mother. Instead, he takes her home and wants her all to himself.

Rain Thomas will do whatever it takes to get her daughter back, including being a nanny to her own child—and filling Wolf’s bed. She’ll compromise to survive, but falling in lust isn’t part of the plan.

Wolf knows he cannot compete with a dead man, but that doesn’t mean he can’t try. He wants to wipe the memory of Rain’s late husband from her mind, so the only person who exists is him.

It isn’t supposed to be love.

It isn’t supposed to be anything but sex.

However, neither can deny their feelings. When the reality of Rain’s world comes crashing all around them, will she stay with Wolf in the darkness, or leave for a life of loneliness?

She folded her arms across her chest and glared at him. “What do you want?”

“Is that any way to treat your savior?”

“You’re currently not put up for auction, so I’d say that is a huge win for you. Nor do I have you on your back servicing any male who will pay a price. You’ve already had a child, so your price wouldn’t exactly be high.”

“And I have killed people for less,” he said.

“Yet, I’m still alive.” She didn’t know if she had brains right now or was just plain stupid.

“You know, it’s refreshing to have someone speak their mind to me, without any fears.”

The truth was, she was shaking to her core, but she wouldn’t show it. There was way too much at stake. She wanted her child. “What do you want?” she asked.

“For you to sit.” He pointed at the chair.

She stared at it, a little … unnerved.

Rain walked to the chair and slowly sat down, resting her hands on her knees and taking a deep breath to try to calm herself.

You can do this.

She truly didn’t think she could get through this.

“Evelyn told me your name, and I did tell you this during our last meeting.”

“You mean when you tried to kill me by cutting off my air?” She remembered his hand over her mouth, cutting off her ability to breathe.

“Trust me, if I wanted to kill you, Rain without an e, I would have done so. I didn’t want you dead, but I also didn’t want to mar that pretty face with a bruise by knocking you out. Trust me, you got the better end of the deal.”

She gritted her teeth. There was no way in hell she would consider anything this man had to offer a good thing. He made her sick.

He turned toward her, and she watched as he poured them both a coffee. His hand didn’t even shake under the weight of the coffee mug. He was in constant control.

Her mouth was so dry, and the scent of the coffee made her mouth water.

“No, thank you.” The manners her parents taught her came back full force.

She didn’t want to make this pleasant at all, but arguing over coffee was pointless.

He placed the coffee in front of her, and she lifted it to take a sip. She couldn’t help but close her eyes, enjoying the sudden hit of caffeine but also the exquisite taste. It was so good. She licked her lips, wanting more. She didn’t ask for anything else though.

Drinking her coffee, she was aware of him watching her. She wanted to growl at him but continued to drink.

The silence was starting to unnerve her. After years of being surrounded by activity, the sterile sound of silence always made her nervous.

“I would like to see my daughter,” she said.

“I have a business proposition for you.”

“It would appear I have come into contact with a child, and I think it would be only fair that you work for me as my nanny.”

Rain put the mug on the table and glared at him. “Are you trying to offer me to be a nanny to my own child?” she asked.

He tilted his head to the side and looked at her. “It is one of the only ways you’re going to get to see your child.”

“And what is the other?” Rain knew the instant the words left her mouth that she shouldn’t have asked.

What a totally awesome book!! I just absolutely loved it from beginning to end! A definite must read!!! Happy Reading!!!! :)

I hate short books but I love every series that’s written by this author. I am never disappointed and always want more.

Okay, I have to admit, I didn&#039;t like Wolf at the beginning of the story! He was mean and didn&#039;t seem to care. But as I kept reading, he slowly got under my skin and I grew to like him. I also loved how strong of a woman Rain is. She will do anything for her daughter, who was a cutie. There are plenty of hot sexy times but the times Wolf spent with her daughter were so sweet. It was nice to see this side of him also. My only complaint is I wish it would have been a bit longer but that&#039;s just me!! Great book and a wonderful addition to &quot;The Nannies&quot; series!

What an amazing story! I wonder how I can get a gig like this? Pampered, adored by a hot alpha male, and your only job is taking care of your own daughter. No seriously! Okay my girls are adults now, but still. This book has the action, the danger and the emotional angst I love from this author, and it was wonderful to see the way circumstances shaped these two characters as they made their way to the HEA. This book was a phenomenal read and I just know it will find its way back to my ereader again in the future.

I didnt know if I would like this book because of what Wolf&#039;s does for a living , but I ended up really loving it. He was actually really sweet guy. Wolf always gets what he wants and he wants Rain she did put up a fight but eventually she gave into him. I definitely recommend this book and can&#039;t wait for the next one.