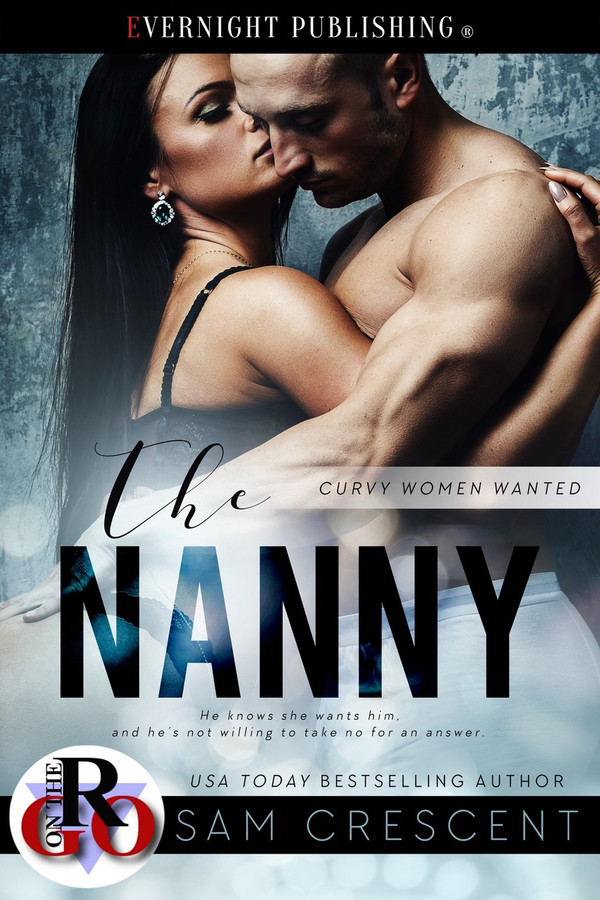 Leo Cole has a problem, a beautiful, charming, sexy as hell, curvy problem, and all he can think about is fucking her—but she is his kid’s nanny.

For Cassie Owens, Leo changed all of the rules. He wanted her near him, to keep her safe, and to make sure no one else could steal her away. His daughter loves Cassie, and so does he. Now, he’s going to own every single part of her.

He knows she wants him, and he’s not willing to take no for an answer. After waiting six months to have her, Leo is not backing down. Cassie is his. She belongs to him. It’s about time this woman learns exactly what she signed up for.

He doesn’t want a nanny. He wants a wife!

“I’ll give you a few minutes.” He placed Grace on the ground. “I’ll count to ten.”

His baby girl ran away, and Cassie just stood there watching.

Again, she hadn’t moved. “Do you want me to catch you so easily?”

“I’m doing the chasing, and with you standing right there, it isn’t going to be very hard to catch you.”

“You’re kidding me, right?” she asked.

“Five.” He raised his brow, waiting.

Yeah, she ran, and he was more than happy about that.

The moment he screamed one, he heard Grace squeal in that adorable kiddy way that she did.

He didn’t head off toward his little girl. No, he went after Cassie.

It had been a long time since he had chased after any woman, but he had a feeling he was going to have to work hard with Cassie. She had already been broken by her husband, and now it was up to him to build her right back up.

The moment he rounded a garden statue, he found her rushing near the garden house. Running, it took him a matter of seconds to catch her.

He caught her hand and pressed her against the hard wood house.

She took a deep breath, and nodded. “You did.”

It had been six months of torture, and he was growing tired of keeping his hands to himself. Touching her cheek, he stared at her plump lips.

“I’ve got to have a little taste.” He slammed his lips down on hers, and she gasped. Sinking his fingers into her hair, he kissed her even harder, plunging inside her mouth as she’d opened them when she gasped.

I really enjoyed this sweet and sizzling sexy short story from Sam Crescent. The Nanny is a brief but very well written and meaningful novella. It’s a stand alone that features the older man/younger woman scenario that works so fabulously for Sam Crescent. Leo was a single dad who had been lusting after his daughter’s nanny for quite a while. It was about more than the smoking hot sex though. Leo already knew that Cassie was the perfect woman for him. He wanted to have a family with her, and Cassie shared the same dreams. The plot had low drama and loads of scorching hot sex scenes. It was a lovely story that flew by at a super fast pace. Sam Crescent never lets me down. I read this one in one afternoon and enjoyed every minute of it.

Sam Crescent once again turns up the heat and delivers a fabulous short read that I couldn&#039;t put down. Leo Cole is a stunning hero who is determined to convince his nanny Cassie Owens that he&#039;s not only interested in her but that he&#039;s serious about it. Because this is a shorter read I love that when we jumped right in Leo&#039;s feelings were already firmly cemented. It was an absolute pleasure watching him trying to convince her. Cassie is so sweet and warm and seeing how she interacts with Leo&#039;s little girl is beautiful, it is so much more than a job, she loves that child. Cassie struggles with the pain of her failed marriage and the nasty things her ex was always saying to her. Witnessing her transformation as she slowly begins to believe she is the woman he sees. It was such a beautiful story and it was full of heat and emotion and extremely well developed characters. This author is an automatic must buy for me and this one was a shining example of why. If you&#039;re looking for a a fantastic fast read this is a great choice. The Story: Cassie Owens takes a job as a nanny after her marriage ends because it is the closest she thinks she will come to having a child of her own. Leo Owens has been biding his time and has decided to finally make his move on Cassie, can he convince her he wants more than a fling with the nanny?

Really enjoyed this book. It was sweet, not as hot as some of Ms. Crescent&#039;s books but still really good.

This short was very sweet. Nothing better than second chances at love. Although the relationship between the characters may have seen a little rough, I do think that Leo as the Alpha was pretty good at it. These curvy series are great...love to read books of the everyday woman.

I love this story with Leo and Cassie!! She&#039;s the nanny to his young daughter and has a crush on Leo but since she works for him, she doesn&#039;t feel she can approach him. Plus, being a curvy girl is the reason her boyfriend cheated on her . Leo on the other hand loves her curves and wants her. Will he finally go after her? And what will happen when his ex shows up? This is a short and quick read. Sam Crescent is always an auto buy for me. May not be others style but she is totally my style and I love her books!

The Nanny is sweet and sexy, with amazing hero, who&#039;s so into his girl, you may get a bit jealous. A perfect story for quick read with no big dramas.

I Voluntarily reviewed a copy of this book I love these short stories about everyday people. This is a story about Cassie who had a terrible marriage and was now the nanny to a little girl of a rich sexy man. Leo&#039;s marriage wasn&#039;t to wonderful either, but when he divorced his wife and got custody of his daughter he met Cassie and he fell in love with her instantly. But how can he get Cassie over her own insecurities about her previous marriage. And will he get her to trust him so they can have their own happily ever after. I loved it, short sweet sexy and so good.

A very sweet quick read. A romantic and cute boss and employee love story. I love this whole series and this book is a great addition

Awesome sex scenes but its full of sweetness and fluff and love! Loved this story and really gives you a warm mushy feeling :)

If you&#039;re in need of a hot and steamy read on the go then this book is perfect for you. Leo and Cassie make a beautiful pair in and out of the sheets. This is a great addition to the Curvy Women Wanted series . Sam Crescent delivers yet another awesome read.

Cassie and Leo sitting in a tree K I S S I N G! You can feel the spark between Leo and Cassie from the very beginning!! I love the possessive Leo and the clingy Cassie lol and course with Sam stories the sex is always delicious!! I love this series... Sam Crescent I need more please!!