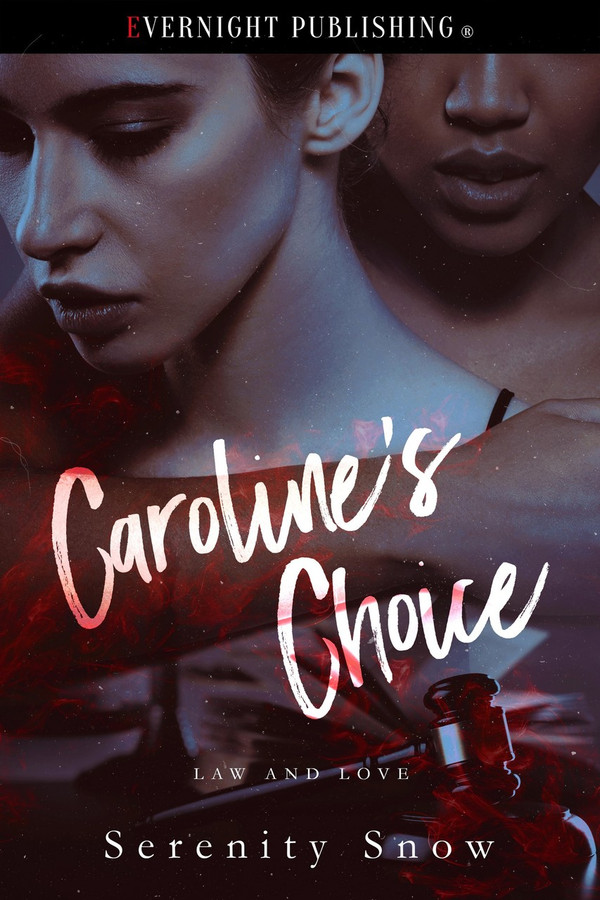 With a new job and the beginnings of a new life with Lucky, Caroline feels like things are finally falling into place romantically. However, she knows her family will never accept Lucky, as much as she wants them to. She’s determined to savor the hot-burning passion of Lucky’s love.

It’s business as usual for Lucky Kane. One of her latest cases is a challenge, but that’s nothing to the fact that Caroline is being stalked and plagued by her family’s need to take control of her.

Despite all that, Lucky is happier than she’s ever been. Love keeps her heart light, and passion burning inside her, but a random fact leads her to one truth. Caroline’s stalker and her case are linked by two killers. The driving force behind them will leave a family torn apart and could end her love affair with Caroline violently.

As Lucky drove Caroline home, they were both silent as she contemplated talking about her future. It was a future she wanted Caroline to be a part of, but things were still a little too unsettled between them.

Lucky nodded her silent agreement and prayed time wasn’t a silent killer that eventually tore them apart because she thought they had something special worth fighting for. However, their love was fragile enough that any major infraction by either of them could tear it apart in the blink of an eye.

“Are you coming with me tomorrow?” Caroline asked. “I’d hate to go alone.”

“I’m sure your mother doesn’t want me there,” Lucky replied. “She wants my money though, no doubt.”

Caroline laughed. “We can skip it if you want. There’s a faculty luncheon at the country club Saturday. I’m expected to be there, so I expect you to at least take me.”

The command in Caroline’s voice surprised her enough that Lucky threw her a glance. Caroline wasn’t exactly the woman she’d been four months ago when they’d gotten back together.

They’d dated before, but Caroline hadn’t been out. Now she was and at times she was a little more assertive than Lucky had ever seen her.

“It is,” Caroline replied, reaching across the seat and resting her hand on Lucky’s thigh. “How is your case going?”

“Things are going quite well,” Lucky answered, putting her hand on Caroline’s. “I don’t really want to talk about business, do you mind?”

“That just seems the only level I can reach you on at times.”

“You’re wrong.” There were so many other topics out there, but Cari seemed determined to talk about things that were Lucky’s comfort zone, her home base. She didn’t want Caroline near those places because if this didn’t work, she wanted a safe zone to lose herself in.

“Why don’t I do that another time?” Lucky asked. “I have to be up early in the morning, and I don’t want to wake you.”

“Lucky, for us to really work, you have to actually loosen up a little more,” Caroline said patiently. “I know you’re still afraid, but I’m not going anywhere, darling, unless you push me away, which is what you’re doing.”

Lucky threw her a look, wondering when Caroline had gotten so brave.

“I’m not too proud to beg you to open up to me, but you have to work with me rather than acting like you’re waiting for the other shoe to drop. You’re wearing my necklace, my heart around your neck. Isn’t that good for something?”

Lucky put her dampening hand on the wheel. She was suddenly overwhelmed by the flood of emotion pouring over her.

She kicked ass in the court room, had been a Captain in the Army, and could take down a grown man with a kick, but emotion still scared her, that’s why she was a criminal defense attorney.

She knew how to use the cold relentlessness of facts to twist a jury’s point of view, play on their emotions, but she didn’t open her heart easily. Maybe she’d been hurt badly enough and seen enough in her job to become jaded and cautious.

“I’m right here for you, with you,” Caroline told her. “Just let me in a little more. I want to know you inside out, Lucky, and it’s okay if you take your time as long as you let me in.” She leaned over and kissed Lucky’s cheek. “I want to be your forever girl.”

“Think about that,” Caroline told her as she leaned back in her seat. “If you aren’t prepared to give me everything, let me know.”

“Don’t try to put into words what really can’t be said,” Caroline cut in. “Not tonight. We have time.”

Lucky nodded her silent agreement and prayed time wasn’t a silent killer that eventually tore them apart because she thought they had something special worth fighting for. However, their love was fragile enough that any major infraction by either of them could tear it apart in the blink of an eye.

Caroline’s Choice is a great addition to the series. I really love Caroline and how her courage to face what she wants and goes about getting it. Lucky is hot and totally in love with Caroline, they make a super couple. Caroline has a stalker in this addition. Check out this book it is great. I would recommend starting with the first book though.