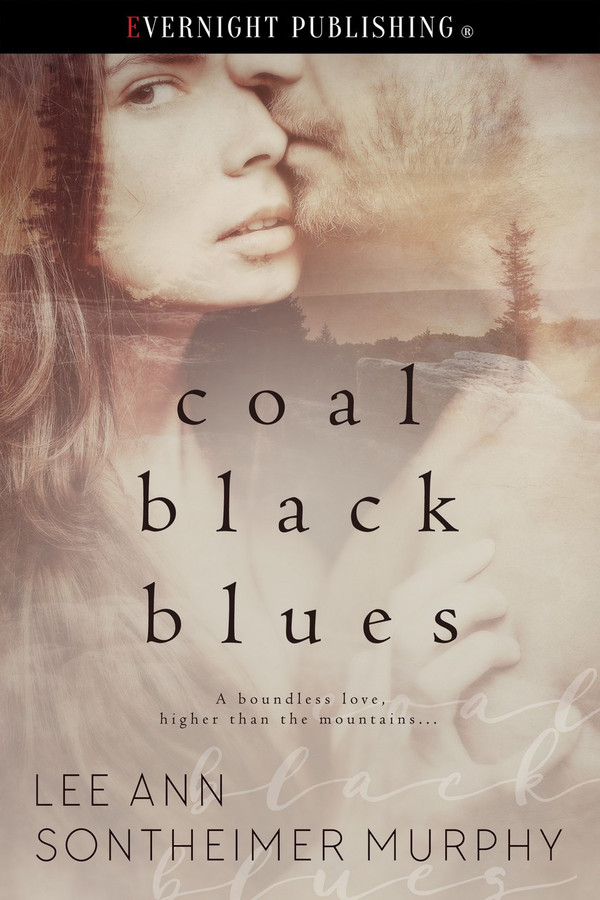 A death in the family and a divorce brought Caroline Reaburn back to the mountains of West Virginia, to her hillbilly heritage and Coaltown.  Prepared to start over in a familiar place, Caroline never expected her first love, Neil McCullough, to come back into her life.  Twenty years earlier, Caroline’s family moved away, breaking the relationship and both their hearts.

From the first time Caroline meets Neil again, it's obvious that they still have a connection.  But Neil has scars, inside and out, and carries a lot of emotional baggage.  There’s no doubt about the love they share but they have many obstacles to overcome, everything from Neil’s PTSD to a community tragedy.  It’s a long, rocky road but if anyone can manage to find happiness, it’s Neil and Caroline.

His mouth latched onto hers with pure hunger, unhurried but strong. Caroline responded, clutching his shirtsleeves with her fingers as Neil kissed her with thoroughness and intent. The kiss connected them and opened the doorway for more. As teenagers, they’d often made out and their kisses then had grown fervent and even frantic. They had cuddled and fondled and touched, and they had never made love, but the way his insistent mouth claimed hers, intimacy was inevitable.

Every sense Caroline possessed was engaged as they kissed, and her emotions increased along with the sexual tension. His mouth remained on hers for what seemed like an hour but could have been no more than a few brief minutes. When Neil removed his lips, it startled Caroline and left her yearning for more.

Neil gazed at her, his eyes dark and huge, his emotion evident. His voice emerged husky, almost hoarse. “I need you,” he said. “I want you, in every way a man can want a woman.”

Moved by his simple words, Caroline whispered, “I’m yours, Neil.”

He seized her in a tight embrace, kissed her in a brief, hot exchange of mouths and tongues, and offered her his hand. She took it and he led her back up the steps into the bedroom where he undressed her with slow, gentle hands, lingering to caress her skin. His calloused fingers were rough against her smooth flesh, but Caroline liked the solid feel of his hands on her body. She fumbled to undo his shirt and to ease it from him. By the time she stood nude beside him, her nipples perked into miniature pink roses, and Neil wore nothing but his jeans. Caroline undid the button and slid the zipper down. He stepped out of them with the grace of a professional dancer.

For the first time, Caroline saw his scars, rough, white ridges cut deep into his flesh, a few still reddened and patches of taut webbed skin. They were varied in color and size, reminding her of a piece-work quilt. The scars covered his torso, chest and back, ending just above his belly button in front and his bottom in back. Although healed, she swore she could sense the heat and the pain the wounds had inflicted. Caroline moved her hand over them, stroking with the lightest possible touch, with compassion and with respect for all he had endured. Neil paused when she touched the scars and lifted his face to meet her eyes. His brimmed with tears. She read his thoughts, understood he thought they were ugly and gross. To prove him wrong, she kissed them with slow, gentle lips. He stood very still as she kissed all of them and when she had finished, he shifted their position and put Caroline beneath him on the bed.

He hadn’t made it, so they lay on top of jumbled sheets and a quilt. Neil entered her with one swift move that filled her and sent waves of pleasure cascading over her body. He fit, as if he’d been tailored to fit her space and the walls of her pussy reacted with physical delight. Neil worked in and out of her body in a rhythm as ancient as the hills outside the window, his cock as hard as the rocks native to the region.

Neil took and she gave, he gave and she took, until their bodies blended into one for a few short moments, their pleasure shared and intensified. He rocked her until the tension exploded into an amazing peak of satisfaction, enhanced by the fact that Neil came too, riding the star burst of joy with her. Caroline cried out and he stilled her noise with him mouth so that when they came, they were joined mouth and crotch.

She thought she might die and if she did, Caroline would have no complaints, not one.

In the afterward, once they caught their breaths and found the minimal strength to move, they managed to pull the tangled covers into order and lay beneath them, cuddled close. Caroline lay nestled against Neil, his masculine smell rank with their sex, content. Her limbs were limp and body boneless as she basked in his warmth in comfort. She couldn’t recall having been this somnolent.

She had almost gone to sleep when he whispered, his mouth close enough that the breath of his words touched her cheek. “Carrie.”

“Right now, just for now, I know I’m safe, that there’s no danger and that I’m a whole man, because of you.”

“Oh, Neil.” Her voice almost broke as she spoke and tears stood in her eyes.

“It likely won’t last, but it’s the first time I’ve felt this way since before Afghanistan. It’s you that makes the difference, girl. I love you, Carrie.”

Her throat closed tight with unshed tears, joy for his emotion and pain for his past anguish. “I’ve always loved you, Neil, and I still do.”

In the darkness she couldn’t see his smile but her fingers touched his face and knew.

Her heart ached. They had shared body and soul. He’d said he loved her and she never doubted it. But he still must need time, so Caroline would give him some and never let him know the cost to her soul. “Then we figure it out,” she said. Her voice came out almost normal. “We do it one day at a time, together.”

Neil sounded drowsy and within minutes, his body eased into sleep, his breath deeper and softer. Caroline held him, but she released her unshed tears without making a sound.

Enjoyable read. Loved the relationship between Neil and Carrie, really liked the way the author nailed life in West Virginia.