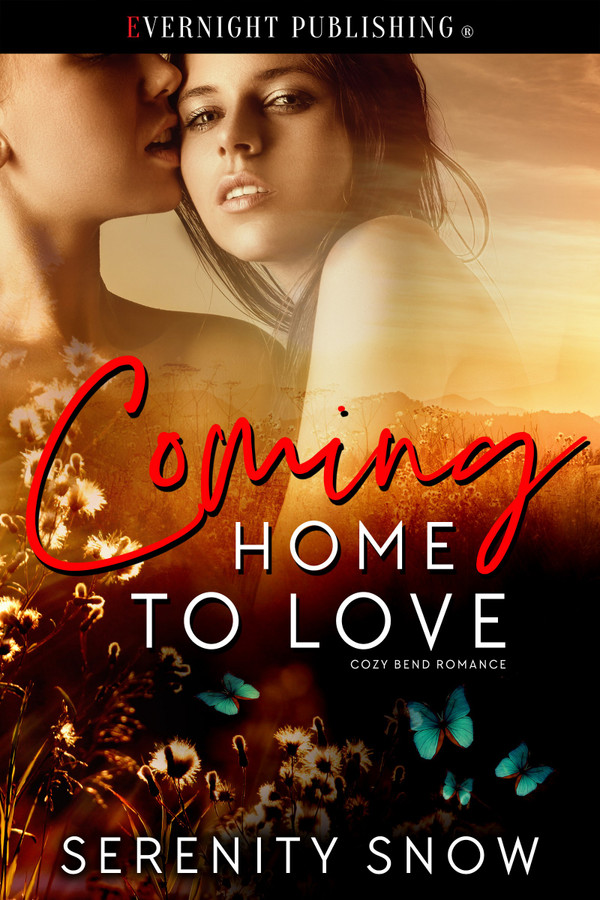 Can you really go home when home again when home is like a wound that hasn’t healed?

Remi Ashbury finds herself returning to Cozy Bend after her world was shattered one dark night when her father killed her family and tried to kill her. With a few videos and a letter, Remi is seeking resolution of a crime that led to the destruction of two families while two others grew wealthy.

What she finds is the girl she left behind, all grown up and several pounds lighter. Remi didn’t expect to find attraction just a reconnection with a man who’d been like a father to her.. With Sarina Snowden, she rediscovers the attraction that kept her going as a teenager.

As the truth is slowly revealed, she falls in love with Sarina and realizes a broken heart can be healed but some wounds will always remain.

Remi took the elevator up with her. Sarina thought she was a little quiet after being so friendly all evening. She shouldn’t be surprised. Remi had never been much of a talker. It had been as if she’d been afraid of betraying her mother and her siblings.

Now, they were adults. However, there was still the past hanging between them waiting to be talked about.

“You want to come in?” she asked when they got off at her floor.

“Sure,” Remi said. “We could order up some coffee.”

“Only if you need it,” she said wiggling her brows.

“Not really,” Remi murmured as Sarina used her keycard to unlock her room. “You didn’t say much at dinner about that special someone.”

“What special someone?” Sarina entered the room and faced Remi wanting to reach out and grab her and jerk her in for a kiss.

Remi probably wouldn’t appreciate that much and even if she did, it probably would mean nothing to Remi though it would be the highlight of Sarina’s year.

“The guy you have to have left at home.” Remi’s green gaze was veiled as she pushed her hands into her pockets.

“There isn’t anyone,” Sarina said softly. “What about you?”

“I know what you mean,” Sarina said as she went to the couch. She sat down and kicked off her flats. She was barely five-six, but she hated heels. “I’m glad you had someplace to go. I hated to think of you being alone.”

“You thought of me?” Remi sat down next to her, and Sarina angled her body toward her.

There was confusion in Remi’s voice and a question in her moss colored eyes. “Yes.”

Remi averted her gaze as if looking at Sarina was too much.

“I know I’m not the girl of your dreams or anything, but we were kind of friends,” she said. “It was natural for me to think of you now and then even if you didn’t think of me.”

“Your father wouldn’t have wanted me thinking of you,” Remi said quietly. “He gave me a stern talking to about my sexuality once or twice.”

“Don’t use my father, Remi,” she said as she leaned toward her. “I know what you saw when you looked at me. Fat geek girl.” Sarina shrugged. “I saw a sweet, hot girl nobody understood when I looked at you.”

“You didn’t have it from me,” Sarina answered running her hand up Remi’s shoulder.

“Not even close,” Sarina murmured. “I wanted you even more than that cheerleader you couldn’t stop watching.”

Remi looked at her then, her brows furrowed. “Sarina,” her voice was thick.

“You don’t have to say anything to that, Remi,” she said. “And for the record, I always thought Remi suited you better than Jacey.”

Remi smiled. “I remember you telling me that,” she said and leaned toward Sarina. “You were always beautiful, Sarina.” Remi cupped the side of her neck. “But I always was going to be the wrong person for you.”

“Because I was—I wasn’t—” She trailed off, her lips pulling into a line. “I’ve only refined my tastes.”

“Tastes for what?” She moved closer to Remi sensing that same wildness in her she’d felt when they were kids.

Sarina didn’t know how to explain it back then, but as a woman, she knew Remi wouldn’t always be gentle in bed. She was too haunted, the taint of violence burned into her soul.

Remi jerked Sarina close, pulling her off balance and into her. As Sarina braced a hand on her chest, their eyes met. The green of Remi’s was dark fire.

Sarina’s breathing hitched, her heart pounded, and her nipples peaked.

Remi’s lips claimed hers in a teasing kiss that quickly bloomed to a hot mating of the mouths. Remi’s tongue flicked and tasted her like she owned her.

Another winner. I luv everything thing this author writes. She knows how to have strong hardcore heroines that stay true to themselves.