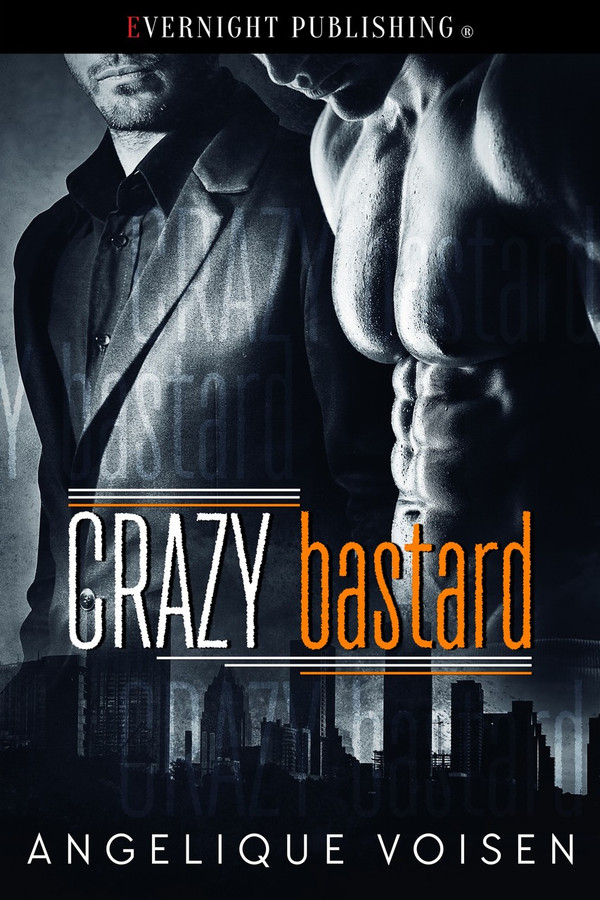 Vance Carr seems to have it all. He’s confident, sinfully sexy and a self-made millionaire. Every third Friday of each month, Vance goes to the same place and orders for two, for an invisible man no one else can see. Grief’s left a mark on his soul and Vance’s learned to shut out the rest of the world until Ty enters his life.

Ty Riggs is a survivor. He’s moved from his homophobic hometown to the city to make it on his own. Juggling two jobs, Ty knows he has no time for distractions, and Vance is distraction of the worst kind. Vance insists he’s numb and empty, that all he can give Ty is meaningless sex. Ty’s heart knows what it wants, even if it means falling for a broken man.

Vance watched the cute waiter from the corner of his eye. He ate his last piece of fish, chewed on the rest of his fries slowly, like he had all the time in the world. The first time he’d eaten here, he recalled refusing the manager when the guy asked him out. Since then, the manager and his staff seemed to have put him on some kind of customer hate-list. Completely unprofessional, but then again, he kept returning here.

When a man waded into the pool of deepest despair, small things like social etiquette flew out the window a long time ago. This kid, though—no, he couldn’t call Ty that; this young man—never once commented on his strange practice. Vance once even overheard Ty defending him, of all things.

Funny. After Malik passed away, Vance shut off the unnecessary noises around him. He’d learned to live in a world of numbness, because it seemed like a better alternative than living with grief.

Some wounds of the heart could never heal, he understood that better than many. When Ty returned with the two plates of tiramisu, his world sharpened into focus, narrowing around the young man who never failed to give him a brilliant smile each time he came here.

“Here’s your cake. Coffee will be served in a few minutes, the machine’s clogged up,” Ty said, looking embarrassed.

Adorable, Vance mused. Hints of color appeared on Ty’s cheeks and neck. Expressive, sensitive young man. Vance wondered how Ty would react, if he closed his mouth over that tempting curve of flesh that connected shoulder and neck. Place a kiss there. Better yet, a bite. Would Ty shudder for him? Fist his shirt and look at him with those big, delightful, brown eyes?

Vance shut the image down. Fuck. What was wrong with him, thinking about another man so soon?

“You’re not supposed to say that, about the coffee,” he remarked, realizing Ty continued to hover.

“Right.” Ty snuck a glance at the empty seat across from him, at the uneaten plate. “Shall I have this wrapped up?”

Ty knew what to do, didn’t bother asking him if anything was wrong with the food. Good. Vance hated repeating himself. “Yes, thank you.”

Ty reached for the plate.

“Contrary to what some of your colleagues think, I don’t actually believe I’m dining with a made-up person or a ghost. Well, maybe the latter is a little true.”

Ty squeaked, nearly dropped the plate, but Vance caught it before the ceramic shattered and food scattered on the floor. Vance had experienced poverty before and didn’t want to waste food.

Vance didn’t know why he broke his usual pattern. Some rituals had to be observed to keep his sanity intact, but he made Ty an exception. Ty. He only knew this guy’s first name, thanks to his name tag, and Ty knew his name because of his credit card. Vance knew, because on his way to the men’s room once, he’d caught Ty holding out his card, studying not the numbers but his name. Ty hd run a finger over his embossed name a few times and a chill, the dangerous sort, had run down Vance’s spine.

What would it be like to have Ty run those fingers down his bare skin?

A strange emotion started brewing inside him after that visit, one he couldn’t name until now. Longing surged through him, painful and jagged spikes. It had been too long since anyone caught his interest. Since anyone touched him. Malik once accused him of being the forever kind of guy, a stubborn asshole who couldn’t see beyond him, only what stood in front of him. In the end, that trait had become his undoing.

Vance had held on so tightly to the one thing he valued most, and the moment he’d lost his possession, he was no better than a barnacle attached to a sinking ship.

Those who worked for him often thought him indifferent, cold, his exterior an impenetrable wall of steel. If they only knew the truth. Vance was a contained bomb, waiting to explode at the right moment.

The lights in the restaurant seemed too bright, the conversations all around them a roar of noise. The sudden sensations nearly overwhelmed him. He shove a hand into the pocket of his trousers, touched the cool metal of his cigarette lighter, rubbed the engraving there. Calm filled him for a moment.

Book Review Everyone deals with the loss of a loved one in a different way, and in this story, both main characters have suffered a loss. Neither is completely over their pain, and they quickly recognize that helping each other is not really an option. But where does that leave them, their initial attraction, and their (somewhat unacknowledged) need for companionship? This story is the answer and shows one possible scenario out of grief and back to enjoying life. Ty tries to move forward as best he can, moves to a new place, and while it is tough for him to make a living, he does the best he can. For a while now, Ty has watched Vance and his somewhat unusual ritual of dining alone but ordering two of every dish. When Ty finally gets up his courage and approaches Vance, he is surprised by what he finds. Vance has lost his husband and, for various reasons that only slowly emerge, can’t let go. He is stuck in the past, and the monthly dining ritual is partly him feeling guilty and partly an outward sign of his inability and unwillingness to move on. He has been watching Ty and is somewhat intrigued, but considering his emotional state, it is no wonder Vance can’t make the first move. If you like stories about emotionally broken men and their way toward healing, if you want to watch two guys slowly build a shared future, and if you’re looking for a read full of self-realization and hope, then you might like this novella.