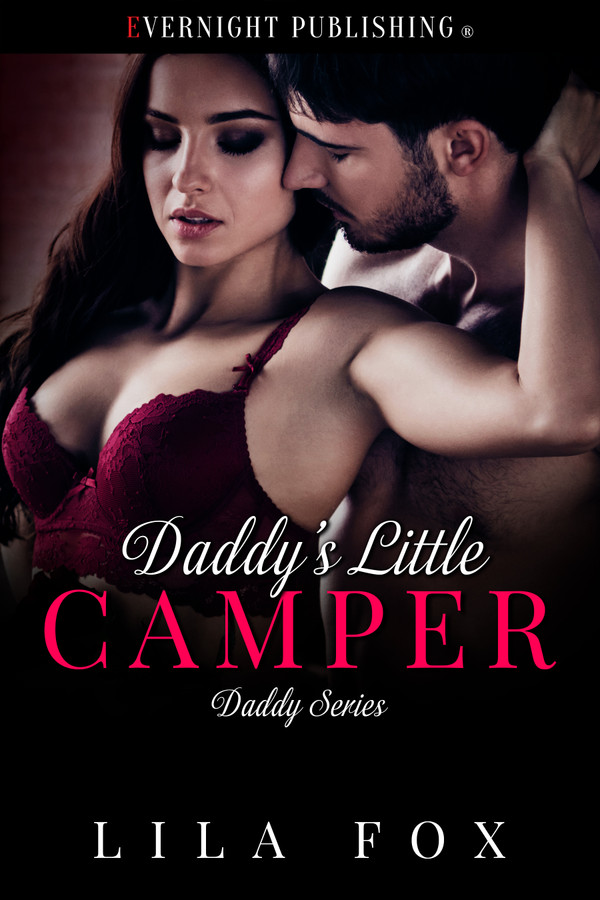 Riley had been lost since her mother died, and she clung to her father because he was all she had left. The years passed, and instead of growing more mature, she was frozen in a state of innocence.

Noah gives up finding the type of woman his friends have found that fit into a DD/lg world. Then he sees Riley, and knows she’s the woman he’s been looking for.

Their attraction grows, but then a heartbreaking obstacle is put in their path. Now, Riley has to decide to stay with her new daddy or go.

Riley bit her lip nervously and nodded. She stared at his back as he left the bathroom.

“If you’re not naked by the time I get back, you’re going to get a taste of your first punishment,” Noah said casually as he walked away.

She jumped, tore her clothes off, and waited. Even though she wanted to cover her body with her hands, she knew daddy wouldn’t like it.

Noah tossed the shirt on the counter and walked to stand in front of her. His gaze slid slowly up and down her, making her feel shaky. He walked around her and turned on the shower.

She glanced at him and then quickly scurried into the shower. Her mouth turned down when he closed the door and walked away. The first thought and the most painful one was he didn’t like her body and was mad she was there.

She stood in indecision but finally tied her long hair into a loose knot to keep it mostly dry and washed her body quickly.

Riley flipped off the water, stepped out, and dried off quickly. While she was tempted to put her clothes on, they were dirty from the chaos of the night. Instead, she decided to put his shirt on and her shorts, and then she would change them when she got back to her cabin. She balled up her panties, shirt, and socks and slipped her feet back into her tennis shoes.

She stopped short when she found him sitting on the side of the bed with his head in his hands. Tears burned her eyelids, and she blinked them back. It broke her heart, but she knew what she had to do.

“Hey,” she tried saying and then coughed. “I changed my mind. I’m going to head back to my cabin. I’ll get the shirt back to you after I clean it.”

His head had snapped up, and his scowl grew darker.

“So, um … thanks.” She turned and ran before she broke down. Two hands pushed the door closed, and then his body caged her in.

“Where are you going?” he said with a growl.

She shivered at the rough tone of his voice. “To … to my cabin,” she stammered.

“Riley,” he gritted out in warning.

“Where the fuck did you get that?” he barked.

“You took one look at my body and didn’t like it, so you got mad.”

She gasped when he pressed his cock against her lower back.

“Does this feel like I don’t want you? The problem is I want you too much.”

Riley’s breath caught in her throat. She knew what was poking her in the back. At least, she was fairly sure. She reached around and touched it, startled when he groaned. Instead of releasing him, she tightened her grip.

“You want to play, baby girl?”

He twirled her around, bent, and threw her over his shoulder. He laughed when she shrieked and grabbed a hold of his belt in the back.

When he dropped her on the bed, she laughed. First, he stripped her of her shorts and shirt, leaving her naked. Next, he tore off his own clothes. Her gaze roamed over him, taking in his male perfection.

“I thought we’d sleep tonight, but I think my baby wants to play, and I know I certainly do. We need to cement our relationship so you don’t have any more insecurities.”

“Yes, daddy.” She held up her arms. The way he was talking to her ramped up her need for him.

He came down beside her and pressed his hand flat against her stomach. “Give me your hand.”

She held it up right away and hummed when he lowered it to his cock. She automatically gripped it. “Daddy, it feels like velvet with a metal pipe inside. I want to see more of it.”