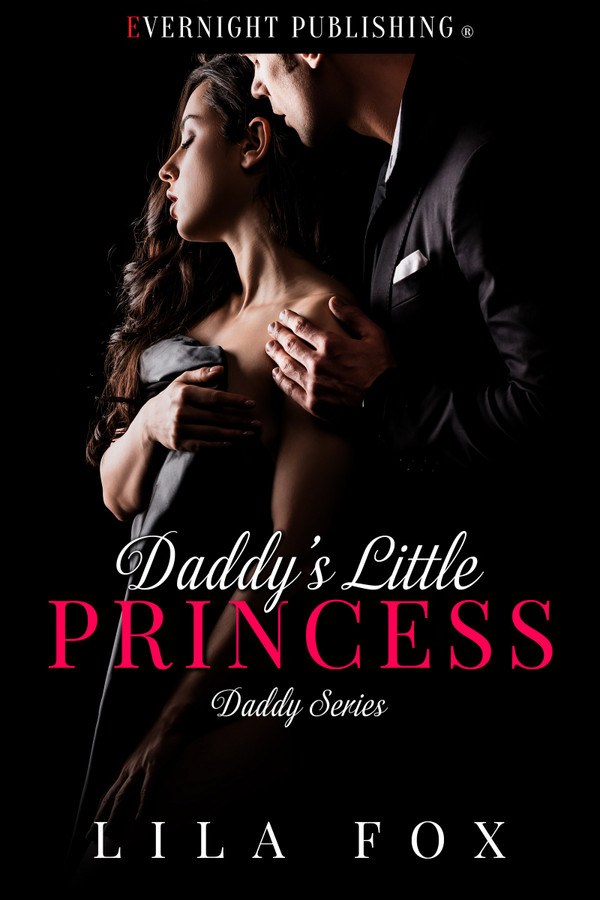 Even though Brylee has tried to fit in to society, she’s been slapped down one time after another. If it wasn’t for Larkin, her good friend, she wouldn’t have anyone.

Gage takes one look at the hurt young woman and decides she’s his to keep. Everything about her, from her luscious curves, puffy red lips, and doleful eyes, appeals to daddy inside him.

Now he has to make her realize he’s the daddy she needs to protect and love her, and to give her the family she has always craved.

Gage watched as his friend took his little with a passion he hadn’t seen in a long time.

Gage watched Larkin lay still, but he could hear her passion-filled breaths.

“Gage, do you want to help me out and punish Brylee for me?”

His cock jerked in his pants. “How?”

“I don’t think she’s been taken at all, so keep it to a spanking and maybe a little fondling.”

“Gladly,” he said and lifted Brylee to her feet and pulled down her panties.

“Wait, what are you doing?” she asked and tried to push his hands away from her.

“Don’t you think you should be punished, sweetheart? You knew the rule also,” Gage told her. Jesus, he could smell her arousal, and it was making him harder.

“But I’ve been injured,” she complained.

“And because of that, and the fact you’re probably a virgin, I’m not going to fuck your bottom.”

“What?” she screeched and tried to move away from him.

“Oh, no, you don’t,” Gage said and laid her over his lap, keeping a hand on her back to hold her in place. “If you settle down, I won’t spank you hard.”

“Good girl.” Gage smoothed a hand down her back and then shoved her short skirt up to bare her ass. He slapped her butt cheeks a few times, never hitting the same place twice. He dipped a finger down between her legs to see how she was taking the punishment or if she was enjoying it at all. He smiled when he found her sopping wet. She liked the punishment a little too much.

Gage glanced up at Darian and caught his expression and then nod at the silent question in Gage’s face. He knew he was already close to losing it and coming in his pants but couldn’t hold back the urge to touch the woman on his lap.

He drew his finger back to her anus and gently circled the tight ring. “Have you ever had anything in your bottom, sweetheart?”

“I think you’ll probably like it. Since it’s your first time, I’ll use one finger and go easy on you.”

Gage’s finger circled Brylee’s little bottom hole before he stuck just the tip in. Right away, he could feel her tighten her muscles to keep him out. He slapped her ass a few times, grabbed more cream, and pushed his finger in to the first knuckle.