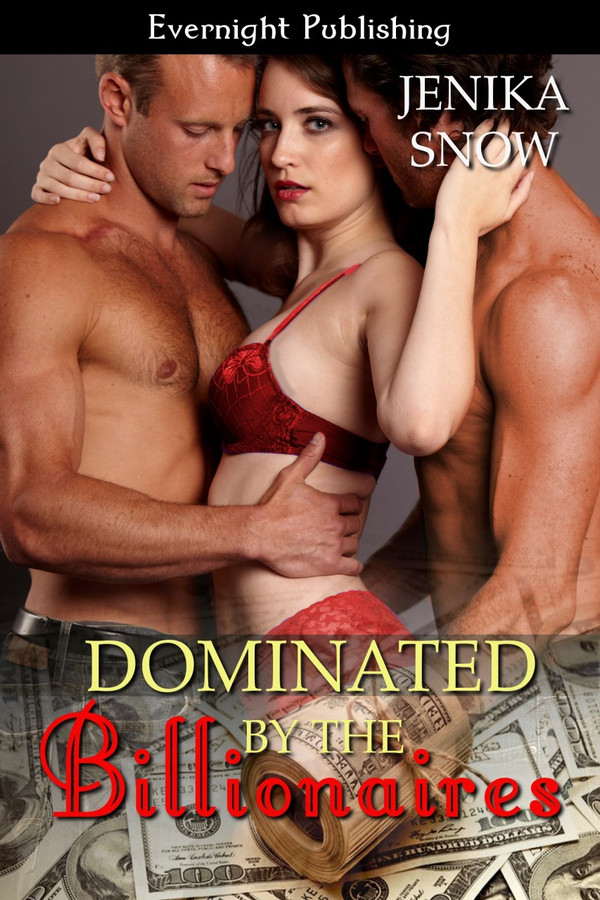 When Mara gets one of the exclusive invites to experience D/s, she takes a chance and attends. But when she gets there she realizes there are no other guests. Jere and Nico reveal that she caught their eye and they want to have a little fun with her if she is willing. They plan on showing her exactly what they want in a submissive, and what they want from her is more than one night.

“You will refer to us as Master and only if we ask you something directly. If you speak out without direct permission you will be punished.” Nico’s response wasn’t that surprising.

“It matters not that this is your first time participating in a scene. We have explained fully what we expect, and have given you ample time to ask questions. We will only remind you once if you do not obey. After that you will be punished. Do you understand?” Jere’s voice was firmer, harder.

“What a good girl you are, and you learn fast.” Jere all but purred and she couldn’t help but feel satisfaction that she had pleased him. She didn’t want to disappoint them, and she knew she would have to try her hardest to make sure she followed commands.

One of them took a step forward but with her head downcast she couldn’t tell which one. She could hear him breathing, feel the warmth of his breath on her flesh. Her nipples puckered and his finger reached out and tweaked the tips. With her eyes down she could see the long, tanned fingers of Jere manipulating one turgid tip. She bit her lip as pleasure coursed through her. He tugged at her flesh and then went to the other. Over and over he tormented her and as soon as a little gasp of pleasure came out her he removed his hands. She closed her eyes, trying to get her bearings. Her arousal had already presented, but after Jere touched her she could feel her juices sliding down her inner thighs. As if on instinct she brought her thighs together.

A sharp slap to her bottom made a cry escape from her and tears formed in her eyes. The sting of Jere’s palm against the cheek of her ass was intense.

“Legs kept shoulder-width apart at all times.” Pushing her legs apart, the heat of her blood rushing to the surface of her skin consumed her. She sensed Jere move away from her but instantly Nico knelt in front of her, his fingers delving between the folds of her pussy. She parted her lips as he teased her clit and then moved those thick fingers to the opening of her body. The slow circles he did around her hole were agony and ecstasy in one, and when he slipped one of those broad digits into her body her pussy clenched down hard.

“Mmm, a greedy little cunt you have, sub.” Nico used his other hand to grip her chin and bring her face up to look at his. “Tell me you want more than my fingers in your pussy, Mara.” He started pumping the digits in and out of her, drawing out her pleasure, making her hungry for more. He added another finger and she felt herself become stretched. She had had sex before, but the two men she had been with had been less than endowed. Nico’s fingers were solid and long, and when they plowed inside of her, dragging across her g-spot, she knew that what he had behind his slacks would put those other men to shame.

Staring into the blue depths of his eyes, she wanted to tell him whatever he wanted to know, wanted to give them whatever they wanted, but it was like she couldn’t make her lips form the words, especially with him pumping in and out of her. Her eyes closed on their own accord as she let what he was doing to her remove any reservations she might have had about being with them. God, she wanted to desperately tell him she wanted his cock inside of her. He removed his fingers and a sense of loss filled her.

“Come here.” She went to stand but Nico’s words stopped her. “Crawl to me.” He was seated on the couch. His legs were spread wide, and his arms were thrown across the back of the couch.

At first she was hesitant to comply. The act of crawling to him was abhorrent and mortified her. Jere would be able to see the most intimate parts of her obscenely on display, but then she thought it her reason for staying. She wanted to experience this, wanted to know what it was all about. Humiliation put aside, she got on her hands and knees and crawled over to him, making sure to keep her head lowered. The heavy fall of her hair blocked out everything in her peripheral. When she was in front of him she didn’t make a move to lift her head, didn’t know what the correct etiquette was for this situation.

“Look at me, sub.” Lifting her eyes to his she watched as his smile turned almost lecherous. “Take my cock out.” Her heart pounded as his gaze flicked down to the fly of his pants. The evidence of his arousal strained against the expensive looking material and a buzzing started in her ears. “Sub.” Nico’s stare was intense. “You will suck my cock while Master Jere spanks that ass as punishment.”

“No warnings, sweet Mara. You’ll take your punishment like a good girl, and you’ll do that while your mouth is full of Master Nico’s cock.”