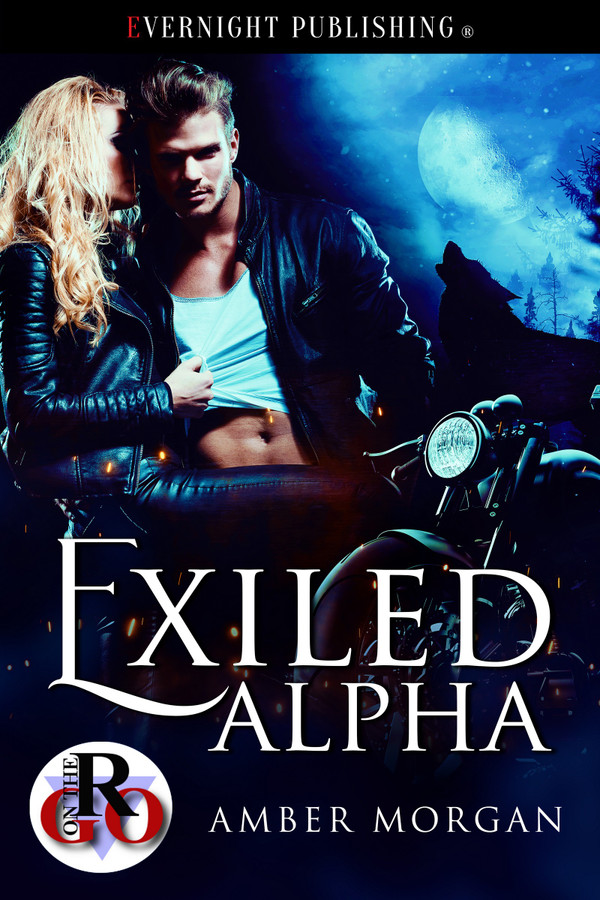 Rachel Jacobs is a wolf on a mission. To save her pack from destruction, she's turning to the werewolf who nearly destroyed it once before. Arkady Gusev is everything her father ever warned her against—so why does she find him so irresistible?

Arkady Gusev isn't looking for a pack or a woman. But when Rachel walks through his door, she throws down a challenge he can't resist. Is this exiled alpha about to come home?

This story was previously published in an Evernight anthology.

Rachel hated the effect that smile had on her body. There was nothing nice about it. It was rough and roguish and promised nothing but nasty things. And despite that—or maybe because of it—her nipples hardened and her pussy grew wet. She gritted her teeth and told herself that was natural and had nothing to do with Arkady himself. He was an alpha werewolf, and she was a healthy young female. And, all right, he was attractive. If you liked your men stubbled and savage.

When she was a kid, she’d been in awe of her pack’s alpha, and she’d always thought he was hot. Dark-haired, with bright blue eyes and the faintest trace of a Russian accent, Arkady was the bad boy every schoolgirl crushed on at some point. After her dad beat him and kicked him out, he’d made sure Rachel knew bad boys were nothing to aspire to. He’d made sure the whole pack knew every detail of every criminal activity Arkady had been into, and Rachel had come to see him as some kind of bogeyman, almost mythical in his villainy.

She shouldn’t be excited by him.

“What are you smirking at?” she asked him.

“I’m wondering what your dad would think of you coming here, begging me for help.”
She wanted to say, I haven’t begged yet, but bit her tongue. Why rise to such obvious bait? “So, are you going to help or not?”

He stretched out, resting his booted feet on the desk and knotting his hands behind his head. It was a posture of aggravating arrogance, but it did show off the lean muscles in his arms, and she begrudgingly appreciated that. “I don’t know. What do I get out of cleaning up your dad’s mess?”

Rachel bit her lip, trying to contain her frustration. “You get the pack back.”

“I don’t want it back. I got a pretty good setup here.”

“Then what do you want?” she asked, bracing herself. She had no illusions about the kind of man she was dealing with, and she’d already decided what her limits were. To save her pack, to save the girls Enoch was torturing, she would make sacrifices.

Arkady came around the desk to stand in front of her, so close she could feel the heat of his body. He invaded her space deliberately, crowding her in a way that both set her on guard and aroused her. Her wolf wasn’t immune to the feel and scent of a powerful alpha male … not this one, at least.

He held her gaze without blinking, intense and unnerving. She felt herself trembling and hated him for it. He laced his hands in her hair, tugging just a little as he did. Rachel bit her lip again, this time to hold back the little whimper that wanted to escape.

“That’s damn sexy when you do that,” he told her. “What if I said I wanted you? That a fair exchange for me taking out your problem alpha? You, right here and now?”

Rachel had driven a long way to get to the Sandbox – a shifter-run club where pretty much anything was possible, for a price. Rachel wasn’t interested in any side entertainment though, she had one purpose, to convince Arkady to return to their pack – the same pack he’d been exiled from a number of years ago. Can Rachel and Arkady work together to solve each of their problems? While I thought Arkady – and Rachel in a different way – were both rough and ready characters I enjoyed how they clashed with each other and both were not ashamed of themselves or their desires. Both headstrong and determined, it was fun to watch Rachel and Arkady circle each other and snap and snarl. Readers looking for an intense and hotly written story with plenty of sizzle and a bit of bite should find this really suits what they’re after. Readers looking for a redemption style story or something a bit on the sweeter style definitely won’t find that here in this short story. But I was pleased with the strong, almost fierce and very modern take on the werewolf pack, the ousted Alpha and in particular I was pretty impressed with the deal Rachel and Arkady struck at the end. With a very different – but undeniable – Happy Ever After, this was a fun and strong, sharp and toothy quick read.