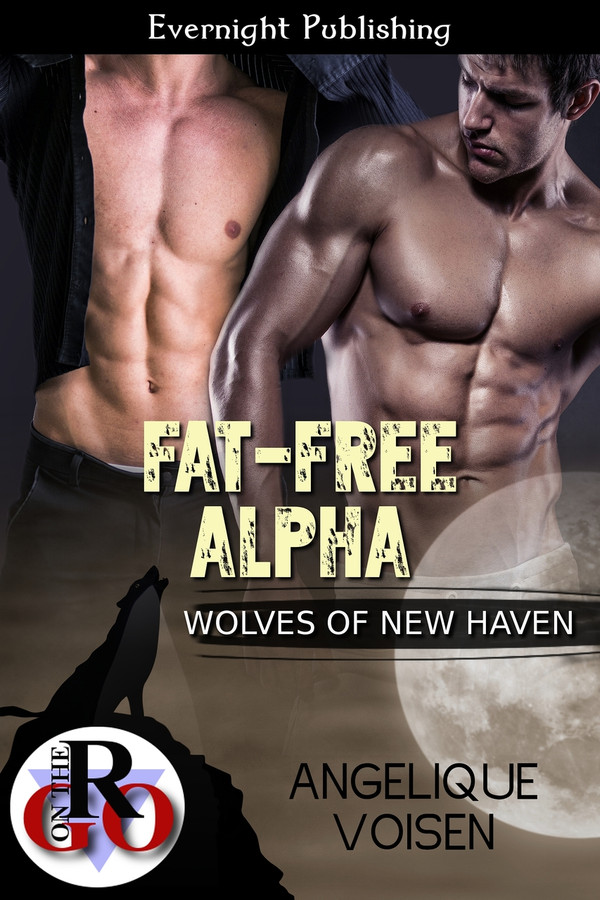 Carlos Medina has his hands full controlling his unruly pack, especially when his wolves are plagued by some sort of health condition preventing them from acting like proper predators. Not that Carlos is a shining example. With his high cholesterol levels, he can’t deal with both his health and an invading enemy wolf pack.

The enemy offers a one-on-one fight to the death, and Carlos accepts to save his wolves. When he finds out his opponent is the man who shattered his heart long ago, he’s only happy to rip out Reed’s throat.

Reed Williams has always placed the needs of his pack first. When Reed sees it's Carlos he has to fight, he decides it’s about time he placed his needs ahead of his pack. All that’s left is preventing his old mate from tearing him apart.

This was why Reed came to New Haven. He’d be a coward to back out now and Reed was no coward. Tentatively at first, his hand crept up Carlos’s forearm. Before the Alpha misunderstood the situation, his touches grew confident and heavy with need.

Closing his eyes, Reed raised his head and licked at the salty skin on the side of Carlos’s neck. His entire body shuddered will ill-surpassed need. His former mate tasted so damn good, like sun, sweat, and musk.

Not wanting Carlos to push him away, Reed snaked his fingers to the back of the Alpha’s neck and brought him to his face for a kiss.

His kiss was rough and clumsy, reflecting the ravenous hunger he’d held back for years. After Carlos, all Reed had were short flings and one-nights. He had his share of willing wolves, but none of them could so much as mimic or imitate the inferno that existed between him and Carlos.

Reed felt Carlos resist, but he didn’t resist long. Carlos impatiently mashed his lips against his, and his hunger was a haunting reflection of his own. When he abruptly withdrew, Reed felt like a dying man cheated of death’s final kiss.

Reed wanted. He yearned, and he was going insane each second Carlos was away from his grasp.

“Carlos, please.” The words rolled off him like water. Shame and guilt didn’t touch him. Only passion moved him. “Please.”

He knew Carlos had every right to be cruel. Carlos could deny him just so he could have a taste of the hell he’d been through.

“I know.” Carlos’s words were harsh, but they weren’t laced with cruelty.

“Use me as you want, Carlos. I just want to feel your hands on me again.”

Carlos’s silence was damning, but Reed just wanted to sate the awful hunger inside him. Without its other half, without its mate, his wolf had been a broken mess. Like him, the beast was guilt-racked and miserable. Years couldn’t ease the pain of what he’d done, but he couldn’t contain the overwhelming need inside a second longer.

Reed could feel his large, rough hands finding their way to the hem of his shirt. Tasting the cool air and dirt beneath, his skin seemed to sigh with relief.

Wolves of New Haven Bk 5. This bk the fifth of the series is a light quick easy and enjoyable read.This Book is about Carlos and Reed . Well I was assuming there was going to be more to this series but for now it looks to be the end. Its a great series and I cannot say enough of yes read a must read.

Fat-Free Alpha&#039; is book five in Angelique Voisen&#039;s series, &#039;Wolves of New Haven&#039;. As a general note, these are short reads, which are fun, sexy, and easy. The author has done a good job creating a world where werewolves aren&#039;t immune from human diseases, nor are they automatically buff and built because of their were genes. It makes for some giggles, at least for me, when faced with shifters who have diabetes, or heart conditions. It was interesting, and exciting, to finally get Carlos&#039;s story. He&#039;s the alpha of the New Haven pack, and he doesn&#039;t take any crap from anyone. He&#039;s the primary reason other packs don&#039;t venture into New Haven territory. Carlos has a fierce reputation, and in the previous books, I hadn&#039;t seen a whole lot of warmth, or compassion, so I needed his background. I also, desperately, wanted the confrontation I knew was coming between Carlos&#039;s pack and the Starr Mountain Wolves pack. When I found out what Carlos had suffered years ago, and then the abandonment of his mate, Reed, his behavior made more sense. Having Reed come, as Jax Starr&#039;s second, to negotiate with Carlos was funny. Obviously, Jax knew nothing about them being former mates, so their &quot;negotiations&quot; turned out to be Reed wanting Carlos back, and some sexy loving! But Carlos isn&#039;t as young as he once was, and with age has come wisdom. Reed will have to do some serious convincing that he&#039;s changed before Carlos will be ready to go down that road again. A good finale to the fight between Wolf Haven and Starr Mountain Wolves. I liked seeing Carlos and Reed reunite, and find their happy ever after.