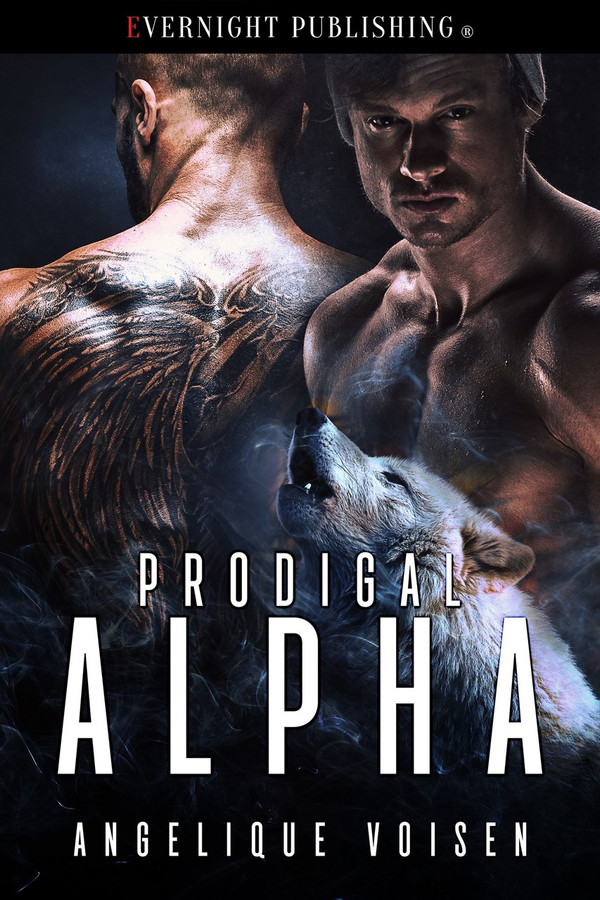 Fang lives for two things, to fuck and fight. Kicked out of his pack for losing his title as Alpha years ago, Fang’s now an illegal cage fighter making ends meet. His routine is shattered when the man who spared his life in the past asks for his help.

Shane’s spent the last decade keeping his decimated pack of misfits together. He’s on the brink of falling apart, but unlikely help comes in the form of one prodigal Alpha. Fang’s touches and kisses are capable of burning him inside and out, but some sins are too severe to forgive. Apart, they are two broken wolves but together, they might become something formidable.

When enemies start closing in, can the two men reconcile their differences and get their shot at love and redemption?

Shane kept playing with the ring, loving every groan from Fang. He used his other hand to wedge Fang’s cheeks apart. He pushed one finger inside Fang’s hole. With the water surrounding them, there was little resistance.

Fang tensed, but not for long. Shane added a second digit and began to make twisting motions. He knew he wasn’t small, and that Fang could take him and would probably welcome the pain, but he didn’t want to hurt his mate. Shane curled his fingers and must have brushed against Fang’s sweet spot, judging by Fang’s sudden change in breathing.

“Give me your mouth,” he ordered.

Fang turned his head and offered his mouth so Shane could thrust his tongue down his throat. When he felt for Fang’s dick, he found Fang hard as steel, no doubt close to bursting.

Shane pulled his mouth away to say, “Don’t come unless I tell you to.”

Fang growled but didn’t say anything else. Shane pulled his fingers out and positioned his dick at Fang’s entrance.

“I’m going to fuck you senseless now.” Shane said the words to offer Fang one last way out, but Fang didn’t seem interested in changing his mind. “Spread those legs wider.”

Fang obeyed, and Shane guided his prick in. Shane grunted as Fang’s inner muscles clenched around his shaft.

The muscles loosened a little. Once he passed the thick ring of muscles, he pushed himself to the hilt, until his balls brushed against the curve of Fang’s ass.

“Shane.” Fang uttered his name with such softness and tenderness, the words set every nerve in his body firing.

Blood rushed to his dick.

“Ready?” Shane asked, nipping at Fang’s neck, marking the spot where he would place his bite mark.

Shane gripped his waist, nails digging into skin, but that only seemed to rile Fang up. He began to thrust in and out of Fang. With each push, he went faster, deeper.

“Touch yourself,” he said, and felt Fang reach out to stroke his prick. Fuck. That was so hot. At this rate, Shane would blow. He slowed down a little, and judging by Fang’s frustrated snarl, he wasn’t the only one impatient about their mating.

“You can’t imagine how many times I’ve dreamt of this, me buried so deep inside you, you can’t breathe.”