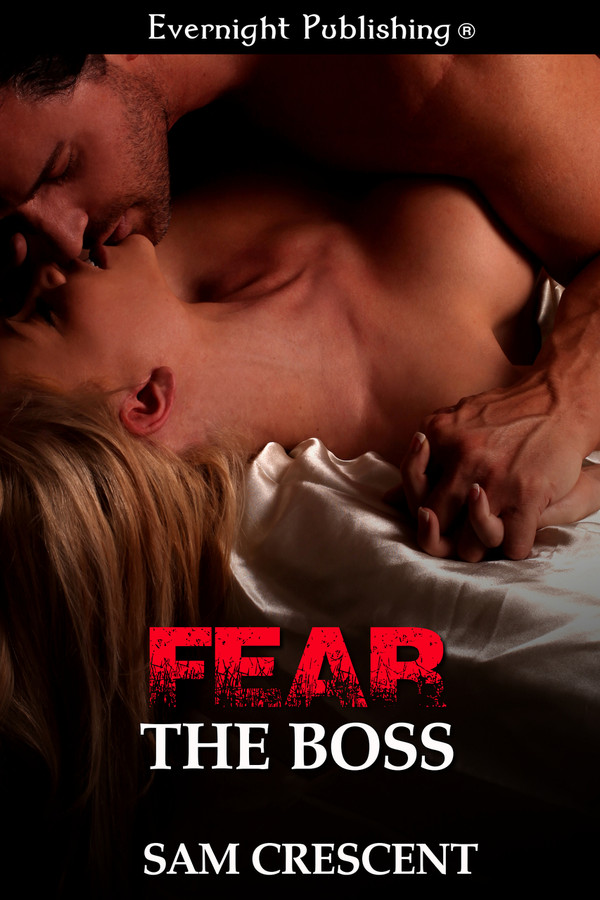 Caleb Cassell always gets what he wants.

Starting out as a fighter, Caleb and his friend, Henry, have fought their way to the top. They’ve left a trail of bodies behind them and forged a life out of violence and illegal dealings. They control girls, guns, drugs, and are not afraid of taking out anyone who threatens their business.

When Caleb first sees Donna working in the jewelry store, he knows he wants her. Donna’s latest customer scares and excites her. She tries to fight off his advances but all too soon she gives in.

One date turns into a second, and before she knows what’s happening they’re together. When the truth of who he is comes out, can Donna find it in her heart to remain with him? Who could love a crime boss that everyone fears?

“Tell me what you want and I’ll stop.”

He closed the distance between them.

Caleb reached out, sinking his fingers into her hair. “You’re incredibly beautiful. Do you know that?”

“From the first moment I looked at you, I knew I wanted you. Then I looked into your eyes and saw something, I don’t fucking know what I saw. I’m not going to let this go, and after this, you can tell me to leave.”

His lips crushed against hers stopping all kind of thought from her mind. She gripped his shoulders and moaned as he plundered her mouth with his tongue. His other hand cupped her ass drawing her closer.

She felt the hard length of his cock pressing against her stomach.

“You feel that, Donna. That’s what you do to me. When we were looking at bracelets for the whore I was fucking, I was thinking about you. I wanted to spread you out and look at that virginal pussy. You are a virgin, aren’t you, baby?”

He claimed her mouth as his hand went back up her body and around to cup her breast.

She gasped as he pinched her nipple.

“You’re into this as much as I am.” He walked her back until the wall stopped them. Caleb pushed her shirt down revealing her bra-covered breast. He pushed the bra out of the way until her breast was naked for him to touch and see.

whilst this book is a good read and the characters are written well the emotions conveyed over brilliantly it was just a good read to me. I love the author she is amazing and will always be an insta buy for me

I really enjoyed this book. Caleb is scary. He does what needs to be done and isn&#039;t afraid to get his hands dirty. We find this out on the first page and it’s exciting. Who doesn&#039;t love a bad boy right? I loved the interactions between Donna and Caleb. He seemed totally out of his depth with her because she&#039;s the complete opposite to his usual woman. Donna is so innocent and is afraid of him. But she is also intrigued by what he makes her feel. She knows she should stay away from him, but he doesn&#039;t seem to understand the word no and the more time she spends with him the more she sees a different side of him, which she likes. Caleb wants her and he won’t stop until he gets her to admit she wants him just as much. When he does finally convince her, it’s scorching. They clash a few times throughout the story because Caleb is a bit selfish and Donna is stubborn. They manage to rub each other the wrong way even as they light each other up. Fear the Boss is a really enjoyable and sexy read. I can’t wait to read the next book in the series.

Caleb met Donna while buying jewelry to dump a girl. Donna kept her distance for as long as she could. Caleb wouldn&#039;t take no for an answer and kept pursuing Donna. Caleb kept what he did for a living hidden from Donna for awhile. Donna and Caleb had to learn to trust each other. It was interesting watching these two work things out.

This was a good read and I can&#039;t wait for Henry&#039;s book. I love Sam Crescent and she does not disappoint with this book!

What can I say but another great start to another great series by Sam Crescent. Fear the Boss is book one in her Deadly Duet series. All I can say is that you are going to fall in love with Caleb he maybe the ultimate Alpha Male in his dominating ways and the way he doesn&#039;t take know for an answer but there is a softer side to him that you will see . Then there is Donna a young woman trying to make it on her own after living a ethic life growing up. When Caleb see Donna for the first time he knows he wants her and stops at nothing to get her. If you are looking for a book that will draw you in from page one right up until the words say The End this is one new series you don&#039;t want to miss out on

This is a brand-new series by this author. And I have to say so far it is amazing. I cannot wait for the next one. It is not overly violent or gory compared to some of the other books that she written like the MC books but it doesn&#039;t skip on the excitement! It will keep you entertained! Not to mention that it is HOT!! This is a must read Sam Crescent book

The last book I read was long, boring and the lead male character was insecure, super sensitive and wimpy not what I look for in male so I needed to restore my faith in the alpha male and who better than Sam Crescent. Caleb Cassell came from nothing, he literally fought his way to the top and now with his partner Henry they deal in drugs, guns and girls using their nightclub Ecstasy as a front. When we first meet Caleb he&#039;s not a particularly nice man and he treats women like whores, you could argue this is unfair but then we meet Tiffany...so he has a point. Caleb comes across Donna working in a jewelry store and she&#039;s unlike any woman he&#039;s ever met before and he just can&#039;t stay away, but they are so different, is there any way it could possibly work between them. I always enjoy Sam Crescent books I generally feel they&#039;re too short but after my last book this was a welcome read. I loved both Donna and Caleb, Caleb reminded me a little of Knight by Kristen Ashley which is a good thing since I loved Knight.

Caleb with his best friend and Partner Henry started out as fighters, the trust between them is strong. Moving on from fighting they now own a nightclub, but that&#039;s mostly a front for all their other activities. When Caleb enters a jewellery store to buy a goodbye gift for the woman he&#039;s currently having sex with he meets Donna one of the sales assistants. He&#039;s immediately attracted to Donna, she&#039;s nothing like the women he usually goes with, and she&#039;s not fawning all over him either. Donna is not stupid she can tell Caleb is dangerous, but as hard as she tries to get away from him there&#039;s no escape. First I&#039;m guessing this is going to be a two part mini series, as I&#039;m sure we&#039;re getting Henry&#039;s story as well. This is a grittier read from this author, to be honest I wasn&#039;t sure I liked Caleb to begin with, in fact I wasn&#039;t sure I liked him much better by the end. Nevertheless he is a larger than life character a true anti hero. He&#039;s a bit like Kristen Ashley&#039;s Knight on steroids! He steamrolls his way into Donna&#039;s life and bed, and as much as Donna knows she should stay away from him, Caleb refuses to take no for an answer. His blunt way of speaking including his dirty talk scares and excites her. Donna does come across as a little bit timid, but when pushed she certainly knows how to hold her own. With hot sex scenes this is a recommended read. If I have a complaint this needed to be longer, as I wanted more. I look forward to Henry&#039;s book.