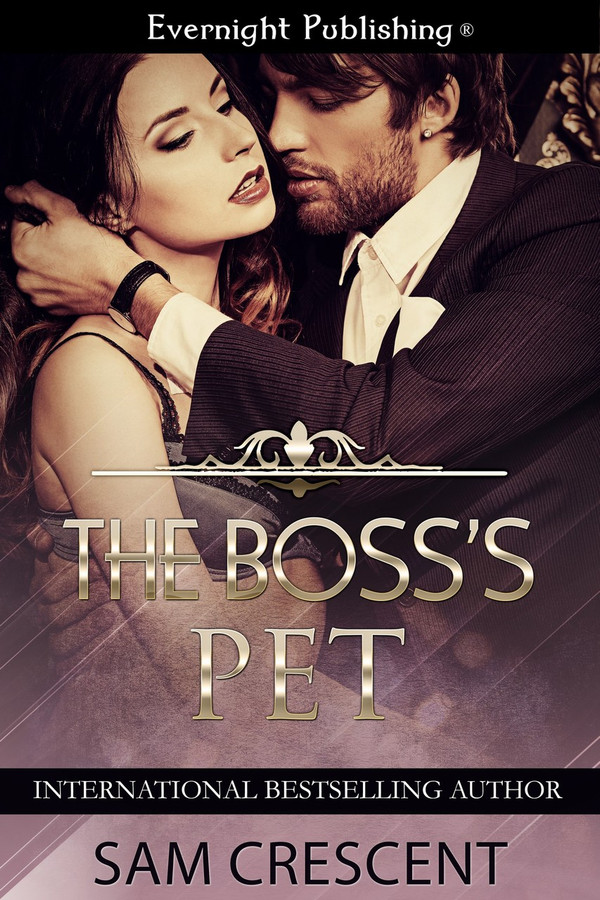 Christy Bell doesn’t like her boss. He’s arrogant, mean, and a man-whore. However, she loves her job and won't do anything to jeopardize it.

Drake Brennan doesn’t work well with women, but there’s something about Christy that he can't ignore. She’s different and challenges him at every turn. Before long he's addicted to everything about her.

One night of sex changes everything. The growing attraction between them is explosive but can it turn into love? Only one thing is certain—Drake will not let her go.

“Why do you continue to test me?”

Her lips were so plump, soft, and inviting. What did she taste like? His cock thickened to unbearable proportions inside his pants.

Drake no longer cared. He didn’t see Christy as his assistant or someone he paid. She was the only woman who’d been able to satisfy him at a distance. He couldn’t handle it anymore, watching and never having. She looked too damned inviting to turn down. Her tongue peeked out, licking along her bottom lip.

He cupped her cheek, rubbing his thumb over the lip she’d just licked. “I don’t pay you to do this to me.”

Drake couldn’t hear anything more from her. She’d been driving him crazy for three years, especially the last six months with her moving around him, being the thorn and the rose at his side.

Slamming his lips down on hers, he plundered her mouth, tasting her for the first time. She was heaven, and he was in hell. Gripping her waist, he thrust his cock against her rounded stomach. Sinking his fingers into her hair, he grunted as the band that kept her hair up stopped him. Releasing her lips, he tugged the band out of her hair, throwing it to the floor. He finally sank his hair into her brown tresses. The soft length was perfect, better than he ever imagined.

He slid his leg up, pushing her skirt further up her legs until he touched her pussy. The material of his pants couldn’t hide the sopping wetness of her pussy. She started to ride his leg as he fucked her mouth with his tongue.

The fire began to build between them, and Drake knew there was no turning back. They were both going to get burned.

I loved the title of this book, and I definitely loved this book! I had to laugh at the characters you will fall in love with them it&#039;s a must read!!!

Enjoyed reading this ebook. Loved the hero, especially the ending. He knows what he wants and willing to fight for her. Calling her &#039;pet&#039; was a bit wierd in the beginning but started feeling it was an affectionate pet name! Cute story.

First off I totally love this author. While this one wasn&#039;t my favorite, I still found it enjoyable. Fast paced and steamy with one wealthy, bossy, arrogant male named Drake used to people falling at his feet except her. One curvy single PA named Christy who is attracted to him but doesn&#039;t really like him or his treatment of people. Really liked the characters and their interaction.

Quick cute story that you can read under two hours! Loved Drake who was a total ass*ole, but wasn&#039;t afraid to go after his lady. Can&#039;t wait to read what you have in store for us next Mrs. Crescent!

This was a quick read, but it was really good! Christy has worked for Drake for three years and one night everything changes. Drake can&#039;t keep his attraction to himself any longer. He tricks Christy into going on a date with him and everything changes after that.

Interesting progression of the story! I love that Christy and Drake get their happy ending. I really like the naughty and the nice ;)

While I am usually not crazy about the whole boss and personal assistance match up, author Sam Crescent, did an awesome job! She took a genre that is so overdone and made it feel fresh! That&#039;s a feat in my world! Not to mention that you will love the characters. Maybe not as first as at time I didn&#039;t like them but you will! You will grow to relate and love them!

I loved this book. It was a hot, sexy and short read. Sam always delivers on her stories and this one was awesome!!

I love Drake and Christy! It was a realistic romance. Sometimes great chemistry may lead to lasting love. I love how their love evolved. Buy!

This is a very enjoyable book. All the late nights and long hours have Christy Bell&#039;s love live null and void. Her boss Drake does through women like a true bachelor. One night at the office will change both their lives. A hot and sexy book. Well written and easy to read.

Sam Crescent has given us another couple to fall in love with. Drake Brennan a wealthy playboy a hard nosed boss and really not likable. Then there is Christy Bell a single curvier woman and Drake&#039;s PA who doesn&#039;t really like him or the way he treats people. Everything changes one night and we see the chemistry just explode off the pages between the two. As time passes we see the difference that Christy has made in Drake and you are cheering the two of them on right up until you see the words &quot;The End&quot; and hoping that they can find their HEA. If you are looking for a quick read that will leave you with a smile on your face this is the one you want to read.