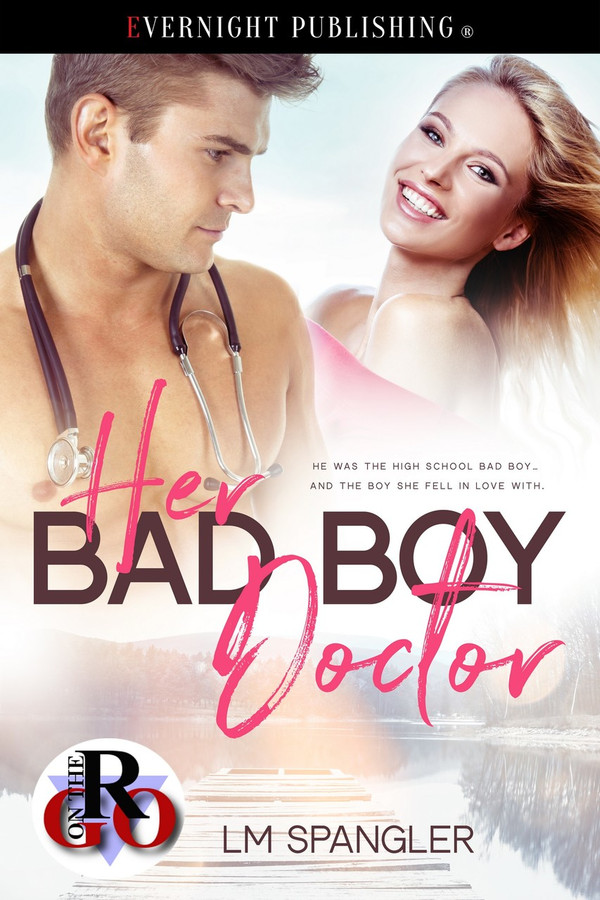 He was the high school bad boy … and the boy she fell in love with.

Sheriff Savannah “Savvy” Douglas fell in love with a bad boy who walked out of her life. Ten years did little to dull the feelings she had for him. But a year ago he stopped calling and texting, leaving her with nothing but questions.

Dr. Brody Collins was about to return to the town he grew up in … and the town where the love of his life still resided. He’d broken all communications with her for a year when his past caught up with him. But he was ready to rectify the situation.

Will Savvy forgive him and give them the chance they lost out on ten years ago?

A small smile crossed his face though it never reached his eyes. “I can explain.”

“Explain what, Brody?” The question came out harsh, even to my own ears, but I plowed on. “A year. Not a text, phone call, letter, or fuck you. Nothing. You ditch me and expect me to be happy to see you.”

“Savvy,” he began, stepping toward me.

I shoved him back until he fell onto the same rocker he had been sitting in when I arrived. “Don’t you dare “Savvy” me. The name is Sheriff Douglas.”

He held up his hands. “I know you’re upset.”

The anger that had been simmering became a full-on boil. “Fuck you, Brody. What? Did you find yourself a woman and couldn’t bring yourself to tell me? Did you go on a year-long bender after graduation?” I turned my back on him—perhaps the hardest thing I’d ever done. My heart lurched and tears burned my eyes. I wouldn’t cry in front of him. I wouldn’t!

“You are so damn pigheaded, Savannah. But I can understand why you’re upset. I’ll come back later when you’ve had a chance to clear your head. Then maybe you’ll listen to me.”

With that, he sidestepped me and made his way to his SUV. He opened the door and paused. “I do love you.”

With a Herculean effort, I managed to hold the tears in until he was out of sight. Those tears burned a hot path down my cheeks, as I did exactly what I didn’t want to do.

Cry a river over him.

I stood on the porch, facing the lake. The sun shimmered over its surface, but was a blur to me. The shimmer became diamonds dancing atop the water as the torrent of tears slowed and finally burned out.