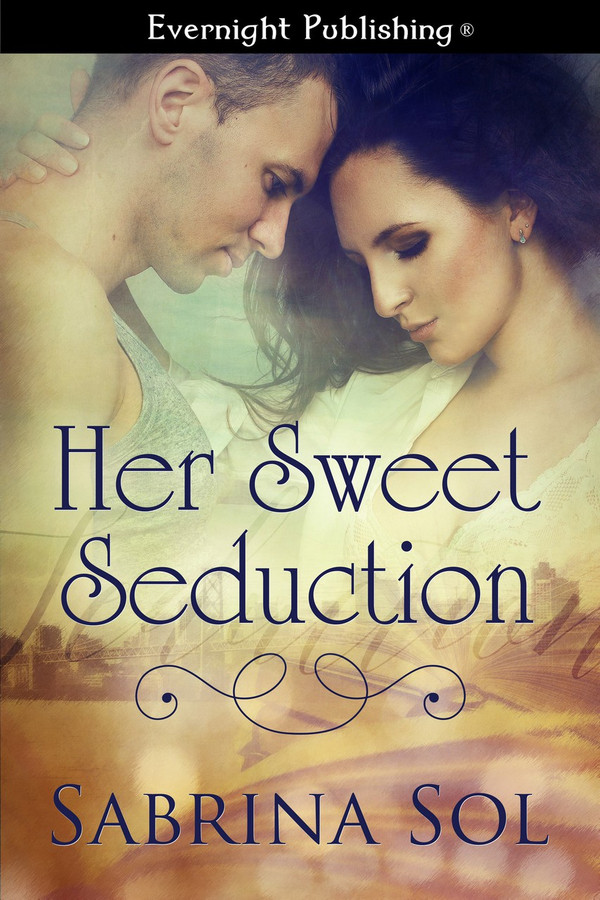 When romance novelist and single mom Celina Preciado writes a near tell-all about her former lover, he’s the last person she expects to see at her book signing. But not only does Luke Anderssen tell her that he enjoyed her book, the stockbroker-turned-chocolatier let’s her know in no uncertain terms that he wants her back.

Celina’s been burned before and she’s hesitant to let him into the life she now shares with her young daughter. So Luke embarks on the sweetest of seductions to prove once and for all that he’s not the man he used to be and he’s ready to give her the happily ever after she deserves.

She so couldn’t handle being alone with him.

They’d spent a few minutes picking out strawberries for Zoey from the front counter case. Then he’d convinced her to go in the back kitchen to taste test some of his newer creations. But the more he talked about  “simmering” and “hardening” and “creaming,” the more turned on she became. As Luke showed her a selection of salted caramel truffles, she drifted between wanting to lick the candies to wanting to lick him. All of him.

“We use French fleur-de-sel sea salt,” he said, while handing her one of the small rounded chocolates.

Celina bit into it and closed her eyes. The stunning mix of sweet and salty, combined with the smooth, milky caramel … well, it was nothing short of glorious.

“Oh. My. God.” She groaned. “That’s… Oh my God.” She finished the piece off with one more bite and a few more groans. “You made these? Damn, Luke. I think you just gave me my first T. B. O. You know? Taste Bud Orgasm.”

He only nodded in response. At first, she thought she’d embarrassed him. Then she saw it. The way his jaw hardened. The way his lip curled into a hint of a smile. The way his nostrils flared.

She recognized that darkening swirl in his eyes. A penetrating gaze that emanated raw lust and had been known to burn right through her shields of reason and sanity. It was a devastating look. Simply devastating. And now it was slowly zeroing in on her mouth.

He took a step toward her and although her instincts told her to take a step backward, she couldn’t move.

Her body tingled with panic, or was it desire? Maybe it was a combination of both. Either way, she was flushed and lightheaded. And when he raised his hand and touched the corner of her mouth with his thumb, a longing she hadn’t felt in years raged in her soul.

“You have some salt flakes here,” he said in a thick, low voice. But he didn’t brush them away. Still staring intently at her mouth, he instead moved the pad of his thumb slowly over her bottom lip. Finally, he met her eyes with an unspoken question.

She gave him the smallest of nods, yet she unleashed a tidal wave.

He surged toward her and grabbed her head with both of his hands. Their lips crashed together, roughly and furiously. And when he slid his tongue inside to claim hers, she welcomed the invasion with a moan. He tasted like coffee and chocolate—two of her vices wrapped into one sinfully sexy body.

Like a dream she didn’t want to wake from, she pushed every other complicated thought aside. All she wanted to think about—all she wanted to feel—was this moment with Luke. Old, familiar sensations and new, thrilling ones surged within her all at the same time.

And she couldn’t get enough.

He moved his hands down and cupped her ass through the thin fabric of her short dress, grinding her against the growing hardness in his jeans. She swung one arm around his neck, while the other twisted the back of his shirt.

“God, you taste good,” he murmured into her mouth. They’d managed to maneuver themselves against the kitchen’s stainless steel island and she braced herself by gripping its rounded edge. The arch of her body gave him full access to her neck and he quickly moved his mouth there while bringing his hands back up to engulf her breasts. Her nipples, desperate for his touch, strained against her bra. As if they’d called to him on their own, he tugged the top of her dress down over one shoulder and freed one breast from its enclosure. He laved one long, delicious lick over the engorged nipple. Her breath caught and her knees buckled.

He stopped devouring her nipple just long enough to whisper into her ear, “Do you want me to make you come, Celina?”

Sabrina Sol&#039;s books never cease to amaze me. This book is a sweet confecton that I devoured in less than a day. What a lovely book. The characters are believable, sexy and I read all the way to the fantastic end.

Sol and the Magic Fingers by Doris O'Connor