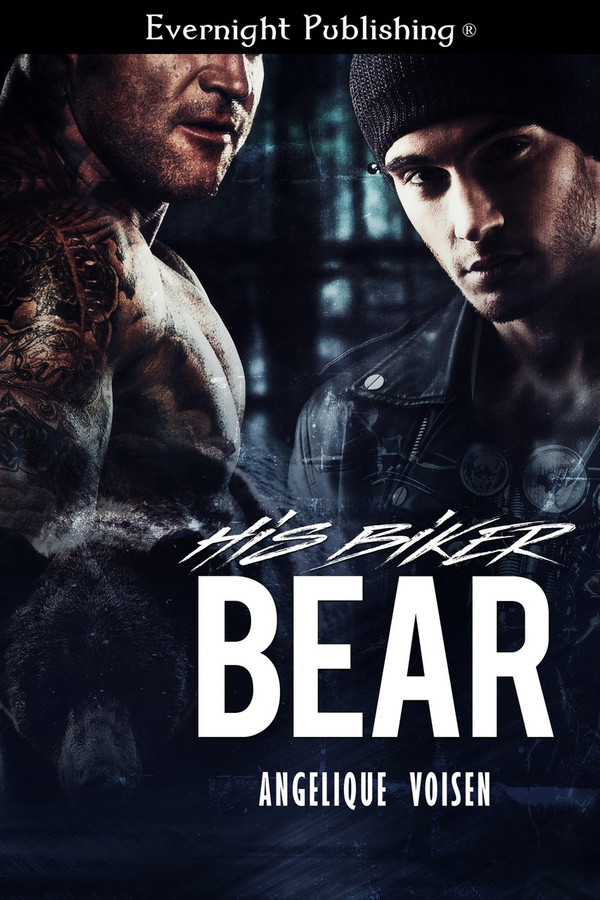 Take without asking. Kill to survive. That’s been my mantra for years. A lone bear like me isn’t interested in being rooted down, until fate threw a dirty-talking Omega with an attitude under my wheels.

Jake Winters wants a protector. I’m looking for one last wild ride before heading back on the road. Mating Jake and marrying our wolves hadn’t been on the agenda. Neither was falling in love.

“You like what you see, honey bear?” I became aware of my slick body angled toward Blake. No doubt he could see all of me. The old abrasions and bruises he’d seen the night before and my aching dick, curving upward in need.

A strangled groan came out of Blake. His need to hold on to his control stunned me because I could see his erection pressing against his faded jeans. Come in, I silently willed. Come and claim me, but seeing Blake there made me uncertain.

I set out to lure him in, but I was not sure I could come out intact from this trap. Blake was dangerous because without knowing it, he already owned my body. The way I responded to him fucking frightened me and excited me at the same time. My wolf knew Blake was the one. The beast possessed a surety my human half couldn’t fathom.

“Anyone ever told you that tempting a bear isn’t fucking wise, pup?”

The sound of his voice, gruff like gravel, made me shudder.

“Don’t you know, bear? I’m the sort who likes doing the opposite.” I reached for my aching cock and began to fist myself. Up and down, motions slow and teasing.

Blake let out a low growl, and he pinned my gaze with his. Facing Blake, I rested my back against the tiles and gave him a good show. Taunting him, pushing him, I closed my eyes, arched my back, and thrust my hips toward my waiting hand. It was Blake’s hand I imagined holding my dick captive, slowly hurtling me over to the edge, and his voice, denying me release.

“Fuck, Blake,” I hissed, incredibly turned on with Blake watching me.

Something rattled, and I opened my eyes to see Blake clutching at the doorknob. The force of his grip twisted the metal, but I didn’t pause. Blake’s gaze told me everything about the dirty things he wanted to do to me, and how he knew I’d only beg him for more. Submissive shifters with sense didn’t trust random strangers, but I felt safe with Blake.

Blake nearly ran me over, but he could have taken advantage once he scented me. I’ve lived in Moonvalley all my life. Learned my place in the pack early, but never once did Blake remind me of my inferior status. Baiting Blake wasn’t wise. Seeing him struggle to keep his bear away made me feel guilty, but I couldn’t go back. My dick became rock hard and my balls ached. I was close to bursting, and Blake stood there, not leaving.

Finally, Blake made a move. Letting go of the doorknob, Blake took a step toward me, and then another. I watched him with half-lidded eyes and flashed him a lazy smile. He entered the shower enclosure, blocking the exit. To my mounting frustration, Blake reached for the shower handle to turn the water off.

“Unfeeling bastard,” I hissed between my teeth, understanding his game.

Was Blake trying to prove he’s immune to my charms? Abandoning my dick, I reached for his inked arm, but Blake batted it away. I had a tart remark on hand, but Blake silenced me with a snarl. He closed his fingers over my softening dick, and all the breath went out of me. Stepping close, Blake purposely left two inches between our bodies. I tried to eliminate that space, but Blake kept me pinned against the wall with his free hand.

Like a prey caught in a predator’s den, I froze. I didn’t want to be anywhere else.

I can honestly admit to an addiction to these fun, sexy, quick reads with a little drama and a lot of hot sex. &#039;His Biker Bear&#039; met all of these requirements, plus gave me a grumpy bear and a snarky omega wolf. I do have a huge soft spot for omegas, and a mouthy one? Well, that&#039;s just a great, big bonus. Blake is a lone bear, having left his pack at eighteen and never looked back. When it looks like he&#039;ll need to stop to get some repairs done on his bike, he reluctantly heads to Moonvalley, a shifter town reputed to not like outsiders. On his way, he almost runs over Jake, an all-white omega wolf, who is running from someone. Turns out Jake&#039;s boyfriend was killed in a car accident three weeks ago, tonight is the first night of the full moon, and Jake is being hunted to be given the mating bite. For you see, a male omega is capable of carrying pups, which makes Jake very valuable. And something Blake wants nothing to do with, although his bear thinks differently. One night, an open bar, animal instincts, and… well, Blake wakes up in a position he didn&#039;t think he&#039;d be in, and of course angers Jake who walks away. Now it&#039;s up to Blake to save his mate from Jake&#039;s own pack of bullies, and convince Jake that Blake wants him, for life. An absolutely delightful read, with a very sweet ending.

Loved this book! Blake is just a big teddy bear with a soft spot for a particular little snarky omega. Those too just hit it with the first pump into each other. Jake is adorable, his inner strength and his seeking for some true love...sigh...seducing his grumpy honey bear seems just the perfect plan, doesn&#039;t it? And the seducing part is more than just steamy, oh my! I couldn&#039;t stop reading till I knew what would happen next and neither would you! Believe me!