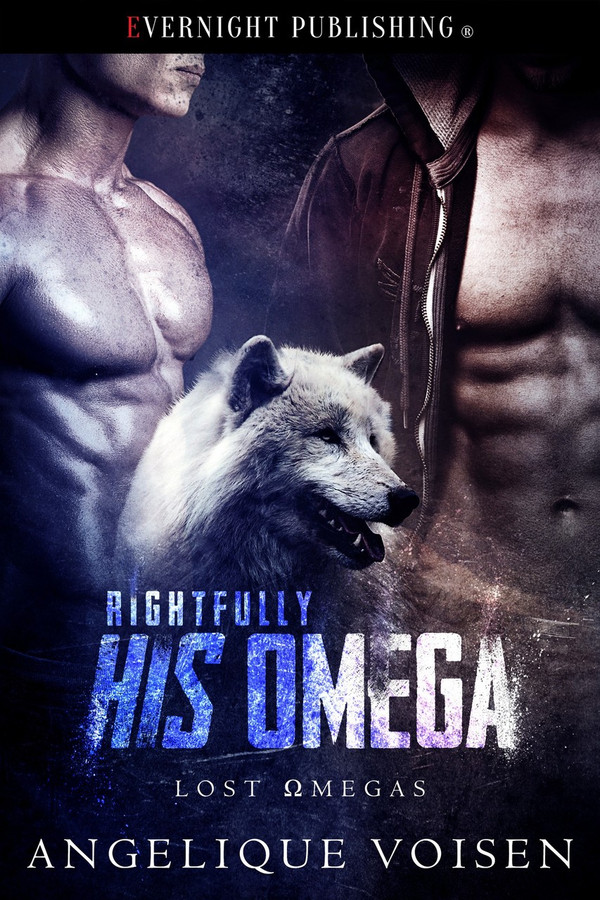 As a rare omega, Charlie has experienced and tasted hell’s finest. At twelve, Charlie watched his home burn down and his pack become extinct. He also lost his fated mate, Caleb. Ten years later, Caleb returns, intending to claim what he lost.

Werewolves mate for life, and Caleb’s bond to Charlie is unbreakable, stronger than any marriage bond. Harder, scarred, and a reputed killer, Caleb is the kind of dominant werewolf who doesn’t understand the word no. But Caleb isn’t the only one who’s changed. Charlie’s all grown up now. If Caleb thinks Charlie’s going to bend before he breaks, then Caleb has another thing coming.

Caleb lowered his head and caught one glinting piece of metal between his teeth. He tugged, not slowing down his fist around Charlie’s length.

“You cheat,” Charlie hissed. Then Caleb heard his shuddering sigh.

Caleb released his nipple ring and nosed his way back to Charlie’s neck to whisper against his ear, “Come all over my fingers. Now.”

The word ‘now’ instantly triggered Charlie’s climax, and fuck, Caleb wouldn’t deny what a rush it was, holding the power to give and deny his mate. Charlie dug his fingers into his shoulder, nails creating crescent half marks to hold on to him. His eyelids fluttered, and the hate there evaporated into bliss and content. Although Caleb had been attracted to Charlie’s bite and sass, Charlie looking like this was fucking picture perfect.

Charlie sank his teeth on the curve of Caleb’s shoulder, hard enough to bruise, but not draw blood. They weren’t ready for an intense mating mark experience anyway, but Caleb couldn’t wish away the disappointment. Coming back to reality, Charlie blinked. His jaw tightened, and he began where he left off, pumping Caleb’s cock with ferocity until Caleb let out an answering growl and spilled his load all over Charlie’s hand.

“Prick,” Charlie whispered against his chest, although Caleb could detect a note of fondness there. His hand grew limp, Caleb felt him about to get off his lap, but he pressed a hand against the back of Charlie’s neck.

His words worked. Charlie melted against him, wrapping his arms around his large frame, reminding Caleb of a small ball of warmth. They remained locked against each other like that. Time became irrelevant, but the years of frustration and anger still remained. At least the big explosion was done. Caleb could work with tiny ones.

Caleb grew still as Charlie pressed his lips against his neck. Charlie licked at the flesh there, tongue drawing tiny and teasing circles. Was Charlie tormenting Caleb with what he’d never give away? That he’d never accept Caleb’s mating mark because that would bind them for eternity, or at least until death? Would Charlie fight against what fate intended despite the battle being an uphill task?

Charlie drew back so Caleb could see the expression on his face. He instantly distrusted the small smile curving at the corner of Charlie’s lips, like he was harboring a private little secret no one else knew.

Wow is all I can say about this story...it was so heartbreaking and beautiful all at the same time. Charlie lost so much in this book including himself, falling into depression is not something you easy overcome... Turning to a life full of self pity and escape is the only way that Charlie can cope with his loss. He let go of everything he was and wanted to be and became jaded with life. When Caleb comes back Charlie is mad but can&#039;t help but still love his mate... Great short story full of layers and character development many don&#039;t have...

Have to say this is a imagination that Ms. Voisen has and I was glad to get a glimpse of it. Her twist on the whole mate/omega baby carrying was really imaginative and not what I was expecting. This twist of a man carrying a child but only certain rare Omega wolves are able to do this and Liam/Charlie is one of them. He is mated to Caleb who at first you will growl at and want to smack upside the head for his attitude. Liam when the story begins isn’t a peach either but he is young and wanting to have love in his life. the story starts out with heartbreak on so many fronts. Liam’s home is ruined by another pack and he loses everything. Even his mate. A mate he thought hated him but that was further from what Caleb was feeling. When we meet Caleb he is snarky and arrogant but those few moments in the truck with Caleb we do see a soft side. Than it’s gone and so is he. Suddenly we are ten years later, Caleb is more hardened and has done alot in the name of Liam to keep him from being sullied and to protect him. Liam is now going by the name Charlie and has gone on his own journey. A tough journey that has made him more feisty and stubborn. Watching that first time with Caleb as he gives a pole dance for him was highly entertaining. Seeing Caleb wear him down and once they get to talk we learn more about Caleb. We see what he has gone through and why. We see Charlie begin to understand who Caleb really is and stop fighting their bond and attraction. The kisses they give with the hawt descriptions will melt your kindle. Wow. But Caleb knows he needs to take this slow. He also knows Charlie is still in danger and hopes that he hasn’t led anyone to him. Now the danger comes in spades and those Evenfall boys are evil personified and what they want to do to Charlie so they can procreate and expand their pack is horrid. Good thing Caleb gets a wonky feeling and doesn’t give Charlie space. The action that comes about is fascinating and you hope Caleb comes out in tact and that Charlie does as well. Once they give into their passion and love for each other its amazing how the air of tension lifts and we are privileged to see the love they have. Feel it through the pages. Caleb becomes a different man and the ending hawt sexy and sweet. A fascinating incredibly intriguing story with a great original take on omegas, mates and who carries a pup. One that shows open acceptance of love is love and that is great to see. the characters will have you on their side as you see them struggle and come together for a forever love.