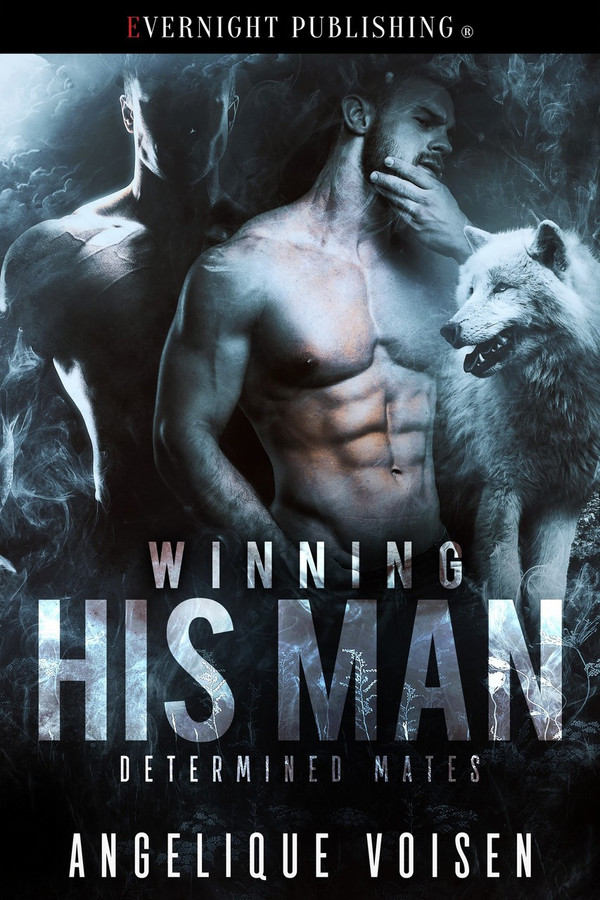 Taking care of his younger brother had been werewolf Steve Doyle’s number one priority for most of his life. Now that his brother’s mated, Steve doesn’t know where he fits in the River West wolf pack. He’s average and mediocre. The last thing he expects is to catch the interest of Leon Mercer, the gorgeous pack beta. Steve doesn’t believe they have anything in common, that once Leon gets his fill of him, Leon will move on to someone else. After all, Steve knows he’s not mate material and when it comes to love, he’s always second choice.

Scarred by his mother’s suicide, Leon doesn’t believe in mates until he spots Steve in a wedding. One drunken kiss leads to a tumble in bed, then several. Leon wants to claim Steve for his own, even if convincing Steve means fighting off old demons from the past who threaten to destroy what they’d found.

“Who knew you had a playful streak in you, little wolf?” Leon murmured.

He pulled his mouth back, looked up at the impressive male in front of him. “When I’m with you I feel different, more brave.”

“I’m not so sure. When it comes to you, all the rules fly out the window, and I like rules.”

Leon thumbed his cheek, and he leaned into Leon’s hand, like a kitten needing warmth. Not long ago, Steve would have been alarmed by how much he longed for this man but not anymore.

Steve opened his mouth wider and began taking Leon’s length in his mouth. He gagged around Leon’s dick at first, unused to the size, but the Beta was patient and didn’t press in the way Fred did. Determined, Steve tried again, this time succeeding. Inch by inch, he took Leon in his mouth, and he started bobbing his head up and down.

Leon’s moans of pleasure sounded like music to his ears.

“Very nice. You on your knees, baby, it’s the best sight in the world.”

He blushed at the compliment. “I’m glad I didn’t screw that up.”

Leon offered him a hand, which he took, letting the Beta pull him to his feet. The second he got his balance, Leon spun him by the shoulders and shoved him against the nearest tree. Wood dug at his back, and he mewled when Leon slipped a hand down his jeans to cup at his dick.

“Your turn. I want to hear you come undone again, little baby.”

Steve had been unnerved by Leon’s little nicknames at first, but not anymore. On Leon’s lips, those words sounded special, designed for him.

Leon chuckled. “You don’t need to ask me for anything, little wolf. I want to make you feel good, too.”