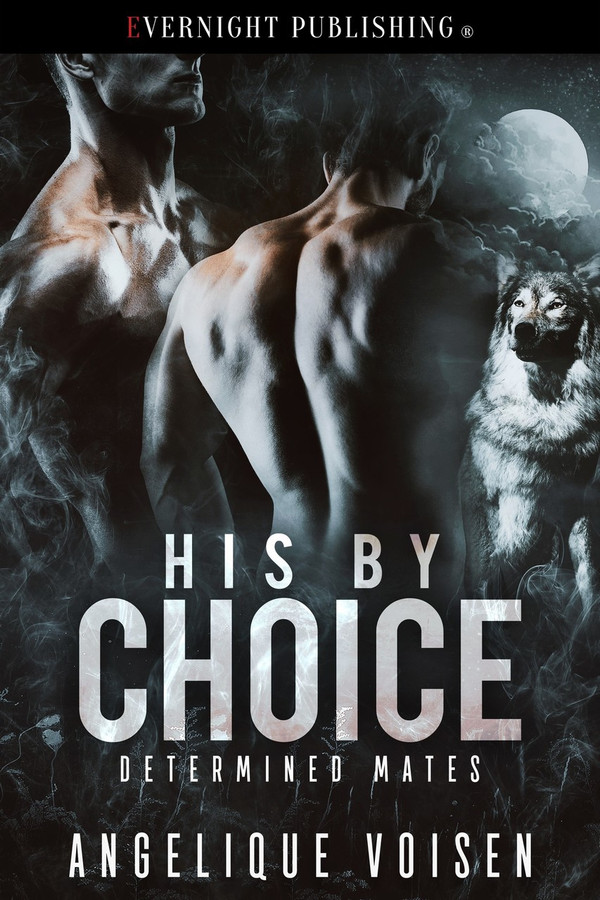 Werewolves mate for life, and although Omega wolf Walker Fuller had been in an arranged marriage, his wolf still feels incomplete after his husband's death. Walker has his fill of dominant male shifters so he moves into a new town, wanting a fresh start. There’s just one hitch in his plan. His infuriating, sexy-as-hell next door neighbor happens to be the Alpha of the West River pack. Walker can’t stop thinking about Butch, but would anyone want second-hand goods?

Alpha werewolf Butch has a problem—a gorgeous and tempting golden-haired, blue-eyed Omega named Walker. Butch never thought there was a submissive wolf capable of tying him down, but Walker proves him wrong on all accounts. An Alpha’s not willing to take no for an answer and Butch is not backing down. Walker will be his mate and it's time he show the Omega happily-ever-after is in the cards for both of them.

“No one ever called me that. Perfect,” Walker whispered. “What’s this, some kind of cruel game?”

“What the fuck? I don’t play games, little Omega. Never had the need to. I’m the kind of man who’s blunt and likes to get my hands dirty. Can’t you tell? I’m flirting with you.”

“Flirting with me?” Walker looked so stunned, as if he couldn’t comprehend why anyone would do that.

Butch took a chance. “Go out with me.”

The Omega looked baffled and pressed his lips together. “No.”

It was Butch’s turned to be surprised. No one had ever refused him before, and it was an odd feeling, rejection. His wolf blistered. There was no denying Walker felt the attraction between them, and he wasn’t about to back down now. “Why?”

“Because you’re an imposing stranger, and I’m not the least bit attracted to you.”

Oh, Butch was going to call Walker out on that little error. He stepped forward, and Walker took one back.

As if Walker knew Butch was checking out his hard-on, Walker cutely turned to one side.

“I’m not ready to date. Didn’t you hear what I said? My mate died.”

Walker let out a breath. “You’ll find nothing but disappointment if you go out with me.”

“Let’s do a little experiment.”

“What kind?” Walker looked at him suspiciously.

“One kiss. If there’s zero chemistry between us, I’ll back off and never bother you again.” Butch wasn’t a gambler by nature. He was the kind of guy who second-guessed every decision, but he was beginning to think the fates had brought him to Walker.

“Aw, baby. You haven’t even given me a chance and you want me gone?”

“I can call you whatever I want.”

“Making demands of me now?”

“Let’s just get this over with,” Walker muttered.

Butch would have been offended, would put a stop to this if it were any other guy, because he might be an Alpha but he never forced himself on the unwilling. However, he detected the faint hope in Walker’s voice. This Omega had walls that reached the sky, internal barriers designed to keep any man out, but he wasn’t just anyone.

Butch closed the distance between them, and this time, Walker didn’t flee.

“If there’s a spark between us, you’ll have to admit you’re wrong and you’ll go out with me,” he added.

Butch didn’t let Walker finish. He clapped the back of Walker’s neck and slanted his lips over the Omega’s. Fiery explosion erupted between them, and Walker leaned closer, responding to the kiss. Butch sucked on Walker’s lower lip, nipping on his upper. When he prodded his tongue between Walker’s lips, the Omega opened up so he could deepen the kiss.

He felt Walker rubbing his body against his, and he moved his hand up Walker’s shirt, touching smooth, tempting skin that burned fever-hot.

Walker has lived his life at the whims of his pack. Never able to do as he wanted or even to find love. He counted himself lucky that the man he was married to was understanding and modern enough to let him have a little bit of a life but when his husband dies all Walker can think of is getting away. He is nothing to his pack now and being a failure has been drilled into his head. Somehow, He finds the courage to leave and stretch his wings which brings him to a new town and a new alpha. Butch is ready to catch up on some much-needed rest, but it seems that his new neighbor has other ideas. As soon as Butch lays eyes on Walker he knows that he will do anything for this man. A twist of fate has brought him his mate and he will stop at nothing to secure their happiness. Walker and Butch make a great pair. I loved watching the two find their way. Walker is stronger than he believes and without even knowing it he shows his strength. Standing up to the new alpha and his enforcers is not something to be taken lightly yet Walker does not see his worth and strength in what he does. I enjoyed seeing Walker find his own way and grow with the encouragement of Butch. This new pack is nothing like what Walker grew up with. Butch is strong, but he is also fair and loving. He is a good man that had to work hard to take care of his pack and is more than willing to fight for those that he cares for which now includes Walker. The banter between Butch and Walker is nice to see. The two work hard to make their relationship work. It was nice to see Walker begin to be able to stand on his own in a well-adjusted pack. As we watched Butch and Walker’s story unfold we also got to see the comradery of the wolves in the West River Pack. It was nice to see the friendship and loyalty between everyone. Butch and Walker’s story has just begun, and I cannot wait to see what more is in store for them.