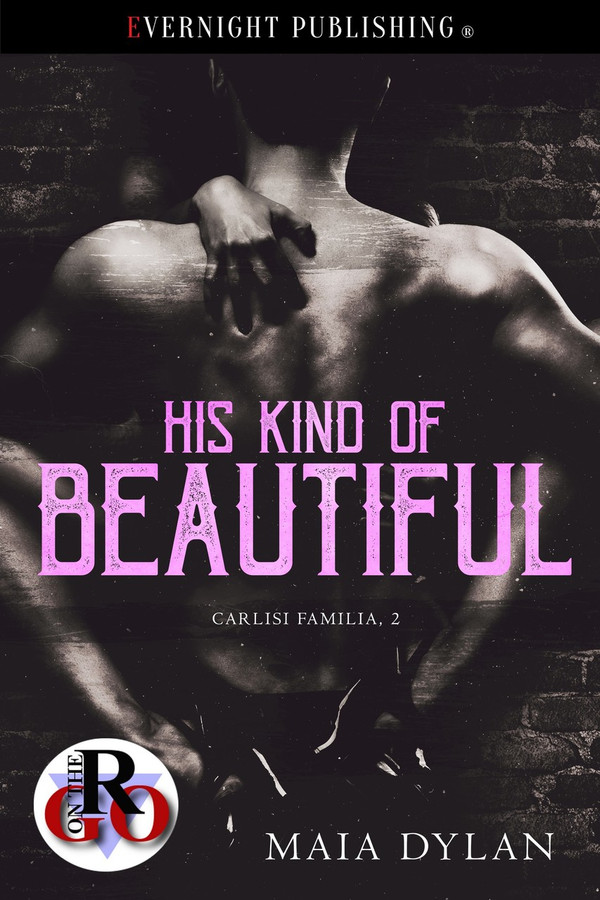 Tony Moretto lost the woman he loved, and he has no idea how to get her back...

From the moment he set eyes on Leona Underwood, he recognized her as his, but he let the opinions of his father stop him from acting on it. The familia using her as an informant against a rival family didn’t exactly lend itself to happily ever after either.

Leona was a broken woman. She’d seen a lot of horror in her lifetime. Her childhood sucked, she’d sold her body to survive, but had ended up working for a crime family that actually seemed to care about her. When a way to help them presented itself, she did it willingly, but paid a terrible price. Now she was scarred, both inside and out, and convinced that no one could ever want her now.

When she disappears, it brings Tony to his senses, and he knows he has to convince Leona that she was exactly his kind of beautiful.

“Stop it, Lee,” Tony said with a growl as he walked them both into the large bathroom in the master suite and set her gently on the chaise lounge that sat against the wall opposite the shower. When she’d first arrived, she’d marveled at the piece, thinking it seemed an odd thing to have in a bathroom, but now that she was sitting comfortably on it, she was thankful it was there.

“Stop what?” Her voice was flat once more, and from the way he shot her a look, he heard it too.

“Thinking about that prick or anything that happened that night.” Tony reached in and turned the shower on, adjusting the temperature before turning back to look at her. “I can tell when you go back there and give that fucker more attention that he deserves. You get this lost look on your face, and the light leaves your eyes. It’s not you. You’re more than that.”

Leona wanted to argue, to scream at him that perhaps that was exactly who she was, and despite whatever he might think, she was as broken and lost as she seemed. But she didn’t. She simply sat quietly, waiting for him to finish getting the towels from the shelf and placing them in a tumble dryer under the cabinet beside the sink she hadn’t noticed.

Tony walked over to her and dropped down so he could look her in the eye. “Right, let’s get you out of those pajamas and into the shower.”

Leona balked, trying to remember the last time she’d had a shower, and was immediately horrified at how hard it was to remember when that had been. “I can do it myself. I don’t need you to help me.”

Tony grinned at her, and the boyish nature of it surprised her. “See, now here’s the thing, bellezza mia, you might not need me to help you, but I find that I need it very much. Trust me. Let’s get you outta these clothes and into the shower. Once I know you can stand by yourself and that you’ll be okay in the shower, I’ll leave you to it. I promise.” His voice was beguiling and warm, and Leona found herself allowing him to gently tug her up to stand on her own two feet.

She groaned as her back and legs protested the move, and she gasped when Tony dropped to his knees before her, running his hands down the muscles in her lower back, hips, and thighs.

“Yeah, you’re tight as a drum all through here, Lee.” He continued to caress and rub the ache out of her legs until she was able to stand completely upright. Mostly. “The water is going to feel so good.”

She inhaled as Tony slipped his hands into the waistband of her pajama pants and slid them off before she could stop him, taking her functional black panties with them.

He stood, lifting the long-sleeve top up and off in a move so confident she found herself lifting her arms to make it easier for him. She was standing completely naked before him in a few short seconds and flinched when she heard his swift intake of breath.

“I know,” she whispered, dropping her head so that her hair swept around her, hiding her face from his view. “It’s not a very pretty sight. The scars are nothing but a turn-off. I’m sorry.”

She heard Tony exhale and watched as he lifted his hand to slide the side of his index finger under her chin to urge her face up. “Bellezza mia,you have nothing to apologize for. And I have to disagree. The sight I’m seeing is very, very,pretty.”

Leona felt as if she were drowning in his gaze. “I am covered in scar tissue. Angelo took a knife to me and I—”

She stopped when he shook his head, trembling as he swept his thumb across her lower lip. “No. He has no place in this moment, not between you and me, never between you and me. I see the scars, Lee, but to me they are beautiful. They are a badge of honor my woman wears that tells me that she survived. For me.” Leona watched in awe as he leaned in and pressed a soft kiss to her lips, and he slid his hand down her arm, to take her hand. “And if you think what I’m looking at is a turn-off”—Tony pressed her hand to his cock, and her eyes widened at the impressive proof of his arousal—“the state of my dick should tell you that’s just bullshit.”

His Kind of Beautiful continues from where Angel Mine concludes and continues the story of the Carlisi Familia. Tony has lost one of the most important people in his life and he will not lose the other. Determined to bring rest to the family he and his brother set out to take back what is theirs. A compelling short read this one kept me engaged with its realistic characters and story. I would definitely recommend this book and series.

​Leona had a rough childhood that’s led to a rough adulthood. She now being taken care of by a crime family but when they need help, she does unthinkable things. Now missing, only one man will stop at nothing to find her, Tony. The man that nearly broke through her tough exterior but also in a rival crime family. He has to find her before he can even attempt to have a happy ever after. This is a phenomenal story! It starts with Tony getting word that Leona is missing. I can really feel his panic and the urge to find her. It gave them a good connection before the reader actually got to meet Leona. Poor Leona, the stuff she’s been through in life has broken her down. This is an edge of your seat read and being that’s it short I devoured the story! Sexy, entertaining, heartbreaking, sweet, His Kind of Beautiful is a must read!

I NEED MORE! Probably wouldn&#039;t hurt to read the previous story, lol. I am weird that way. Have no clue what went down before but this had enough info to fill me in, get me hooked and leave me wanting a third story......hint, hint.......needs to know what happens next!! Was a perfect read for an after work wind down, love getting lost in a story.

Kind of a tough read after seeing everything that the Leona has been through. Tony knows now he messed up big time but getting her back is going to be hard. She doesn&#039;t trust easy!!! They both are going to have to be strong for the coming storm though. Will they both survive? Will Leona ever trust and believe Tony? Great read!

His to Protect by Maia Dylan