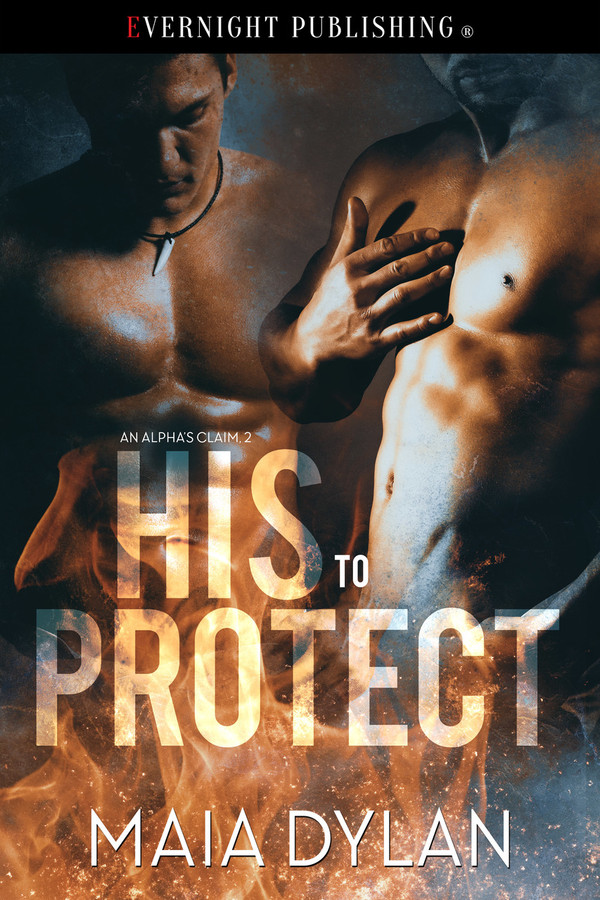 Kaea Hemopo was a man on a mission. He planned to kill the bastard who killed his grandmother, and nothing was going to stop him. He had the man lined up in his sights, his finger on the trigger, and was prepared to die to get it done, but then Kaea found out that he was following the wrong man.

Xavier Mulligan had been stalking his own prey the night he met his mate. He’d been shocked to discover that Kaea was not only there to kill him, but thought he was the asshole who’d murdered his own father. Xavier would just have to make his mate see him for what he was, and accept his very nature. How hard could that be?

Can Kaea and Xavier find a way to work together to avenge those who were taken from them, and retrieve that which was stolen from Kaea’s family, or will Xavier’s need for control be the one thing that could tear them both apart?

Kaea moved a little beneath him, and Xavier had to bite back a groan as his hips nestled a little closer to his.

“Do you—wait, am I naked?” Kaea asked incredulously, and Xavier couldn’t hold back a grin.

“That you are, my lovely. You were damp and dirty from being out in the forest and trying to kill me. I couldn’t very well pop you into bed like that, now could I?”

Kaea frowned as he leaned slightly to the side and looked at Xavier lying on top of him. “And you’re naked because…”

“I was in the shower.” Xavier shrugged. “Again, not somewhere where clothes are necessarily all that helpful. I came out of the bathroom when you woke up. Didn’t have time to go throw any clothes on.”

Kaea nodded, and a delicious red heat swept over the dark skin of his cheeks. “That makes sense, but you could let me go, get up and throw some clothes on now that I no longer want to hurt you, right?”

“But I like it where I am. Do I gotta?” Xavier had never pouted in his life, but he tried in this moment just to have fun with his mate.

Kaea’s laughter was quick and genuine, and had Xavier’s heart doing strange somersaults inside him. “Yes, you do. Come on, it’s very distracting having you lying on top of me.”

Xavier grinned, and knew it was just as wicked as he felt. “I love that you find me distracting, love, because the feeling is most definitely mutual.” Kaea’s eyes darkened, and Xavier knew he liked that particular revelation. “But, you’re right. I’m hungry, and healing this gunshot wound I seemed to have acquired recently has taken a lot of energy.”

Xavier pushed up from the bed, and grinned when he watched Kaea’s gaze wander down his abdomen, but shot back to the puckered scar of the wound on his shoulder. “Crap. Did I apologize for shooting you?”

Xavier resettled the towel around his hips. “No, you did not, and that was very remiss of you. I’ll expect you to make that up to me very soon. Repeatedly.”

Kaea’s soft laughter followed him as he stepped toward the back of the room where he’d put his bag. He grabbed a pair of sweats and pulled them on under the towel, then dropped it to the floor. He turned back toward the bed and laughed himself when he saw Kaea up on his elbows as if to get a better view.

Kaea grinned at him, and Xavier could have sworn he felt his heart stutter in his chest. “Maybe, but I’m not a man who gives all his secrets away when he’s just met a man. I prefer a slow build up to a quick flash that’s over too damn soon.” Xavier scowled. “What’s put that look on your face?”

“I don’t like to think of you with other men.” Xavier heard the possessiveness in his own tone, but wouldn’t apologize for it. He was a dominant Alpha bear, and one who did not play well with others. Kaea needed to know and understand that. “I don’t share. You’re mine.”

Kaea arched a sardonic brow in his direction, and it irritated and aroused him at the same time. “Yours?” Xavier could practically feel the temperature in the room fall. “I don’t remember ever being asked if I’d be yours, or even if I wanted you. You presume too much.”

Xavier growled, his anger rising within him. “It’s not a presumption when I could feel your fucking arousal just as sure as you could feel mine, Kaea.”

Two alpha males, both out for revenge – as expected, the blows were falling as soon as they meet and sparks were flying practically as soon as they began to talk. Kaea is after his grandmother’s killer and Xavier wants the same man for killing his father. Both are determined to get what they want- no matter who tries to change their minds. It takes quite some doing for them to actually start to communicate and use their brains to come up with a plan – rather than just thumping their chests and using pure force. Since Kaea has some psychic abilities and Xavier is a powerful bear shifter, using testosterone to fuel their fights might have ended really badly. Kaea is a Maori who has lived with his grandmother and younger sister since his parents’ death many years ago. When a stranger kills his grandmother and steals her spirt and abilities, Kaea is determined to avenge her, no matter what. But it has to be done in a carefully orchestrated ceremony or she will never rest and her abilities will be lost. Kaea is determined to make it work, no matter how attractive the man/bear is who tries to stand between him and his task. Xavier is an alpha bear shifter who should be leading his clan, but a murderer has killed his father and taken over. Xavier is out for revenge and plans to kill the bast*rd as soon as possible. Kaea’s need to do more than end the murderer’s life doesn’t make things easy for Xavier – especially since Kaea turns out to be his mate and all he wants to do is protect the man. Going after the murderer is anything but risk-free, so Xavier has to fight his bear to make him see Kaea needs their support, not just their strength. If you like your romances with a ton of action and a dose of suspense, if two macho men falling for each other are your thing, and if you’re looking for a read set in a world where psychics and shifters can learn to work together, then you will probably like this novella. It stands well on its own and is rather hot – once Kaea and Xavier figure out how to work together.

4.5 Stars A great second book in the, An Alpha&#039;s Claim series. I was hoping Kaea’s book would follow his sisters so I was super excited when it was and it did not disappoint. Kaea and Xavier are fabulous characters with a realism about them that has you engaged throughout. I really enjoyed this story and will be recommending it to other

Terrific, sexy read. It&#039;s definitely better when you read her 1st one, Hers to Love, because questions are answered and it all comes together. A great story!

Was waiting on this one!! I loved book one and really wanted this story! Was so worth the wait. No wussies here.....two strong men who are even better together. Needed to see if they got the bad guy and how it all went down! Was so good, just the right amount of sexy, plus awesome fight scenes!! I wish there was a way to get more......there&#039;s always room in my day for that!! And really, who doesn&#039;t love a big bear shifter and a mate who can more then hold his own??? Not sure who I loved more......glad I don&#039;t have to choose!

In book 2, we get Kaea and Xavier&#039;s story. Both are after the same person but at first, Kaea thinks that Xavier is the killer he is after. Xavier realizes that Kaea is his mate and after getting things straightened out, they realize they are after the same person. Will they find the killer before any harm comes to them? This story had it all, a good plot, hot sex and enough danger and intrigue to keep me turning the pages. You don&#039;t have to read the first book because this story stands on its own. There are a few references to the first book, but you can easily understand the storyline! Loved the book!!

His Kind of Beautiful by Maia Dylan