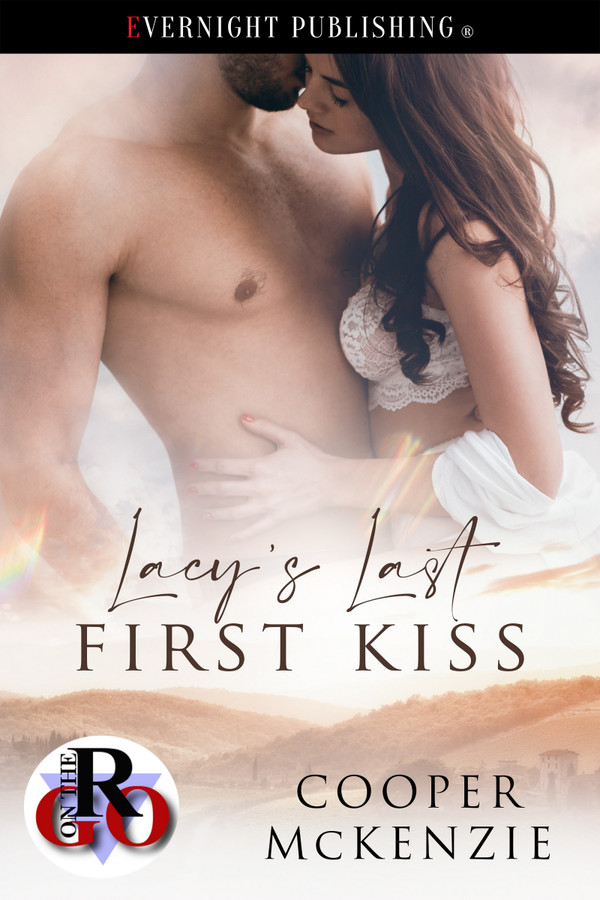 With his latest self-help book for couples with wide age differences hitting the market with a six-week book tour, his expertise and credibility are on the line. At 52, Tobias had never been married, and none of his relationships have lasted more than a year.

25-year-old Lacy is heartbroken and between jobs. She plans to visit her great-grandmother to work in the garden, read trashy romance novels, and relax. She never expects to marry a man she's never met. But to save her sister’s job, Lacy reluctantly marries Tobias. Her only requirement is there can be no kissing on the mouth.

Can Lacy hold to her no kissing rule? Will city-boy Tobias survive time on the farm without internet or cell service? Will their marriage survive past the six-week book tour?

Those were the last words Tobias Christopher expected to hear from his agent, but there they were. Just because he had written a self-help book for married couples with a wide age gap between husband and wife, his agent was now telling him he needed a wife. He had never felt the need to be married before, and was having a hard time wrapping his mind around her sudden announcement.

“I need a wife,” he repeated, still wondering if he had fallen down Alice’s rabbit hole.

“Yes, you need a wife. A young one. Someone who will join you on the book tour and prove to the world that you know what you’re talking about.”

Tobias drank another sip of the coffee the nervous looking assistant had handed him. Hot and sweet, just like he liked it. He wondered if there was a file cabinet somewhere in the bustling literary agency’s office that held all the preferences of all their star clients, or if this was something only Chloe Shaw did.

“I’m a psychiatrist with twenty-five years of experience, doesn’t that give me enough credibility?”

He was stunned when Chloe shook her head. “You’re not married. That’s all anyone will care about. But if we can find you a young wife and make it appear that you’ve been married for say two years, that, plus your professional credentials, should be enough to satisfy any naysayers.”

He had hated what could loosely be called the press since his first encounter with them when he had testified in the divorce trial of one of the hottest male actors to hit the silver screen. He worked hard to avoid them, keeping his private life private had been a chore, but the press knew nothing except what he wanted them to. Which kept the spotlight on his professional accomplishments, speeches, and books which had all topped the major bestsellers lists without too much effort on his part. He had not expected anything different from this one.

Except the publisher, and by extension Chloe, were having misgivings about a single man giving advice to married couples.

“I don’t know any young single women who might be interested in marrying me for six weeks, even if something were possible,” he admitted. “Especially one who hasn’t been written up innumerable times by the press on her own.”

He debated just pulling the book, except he knew this was a book the world needed. There was no other book in the world that he knew of that dealt with the special difficulties in being part of a marriage where the couple’s ages were ten or more years apart. Managing the Gap was such a book. It addressed everything from how to communicate and share interests of vastly different generations to maintaining sexual interest after a certain age.

Chloe turned and stared out her window for several minutes before spinning around and reaching for her cellphone. “I may know someone, if I can get to her before she reaches the dead zone.”

Loved this story. It was hot but sweet at the same time. Glad I took the time to read this book