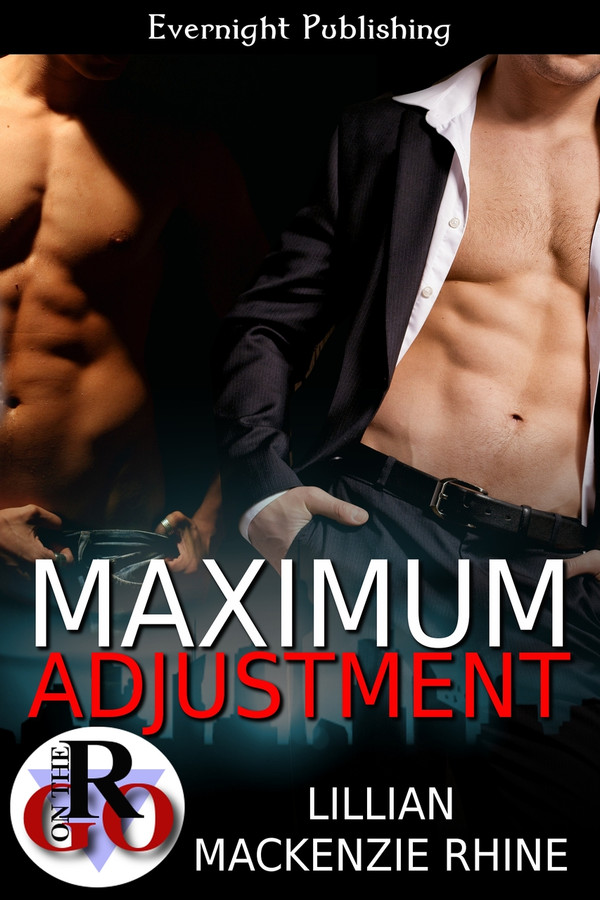 Jus Trimbel is having a bad day. Correction...Jus Trimbel is having the week from Hell. Not only is he gaining a new boss, Maxim Waterstone, who is beyond difficult but he also has to travel to Milan, Italy with him. That’s not the biggest issue of his day. Jus is ultimately attracted to the blue-eyed devil that is Maxim and he can’t shake his near obsession.

However, we all must remember every dark cloud has a silver lining and every vineyard can make pretty intoxicating wine. Confused...well check out Maximum Adjustment and fall in love.

Jus stood in the copy room that doubled as the mail room and tripled as the break room. He had just started his day, and there he was, glaring beams of hate at the flashing red light indicating the copier was out of ink.

To say that he was having a bad day was an understatement. Hell week was more like it. He didn’t know if he was coming or going. It had started with him graduating from Columbia College with a bachelor’s Degree in Fashion Design a year prior then actively failing at obtaining gainful employment in his chosen field. His mentor had mentioned a small textile company in Delaware for him to reach out to. Fortunately, he had gotten the job as an executive assistant with great room for advancement. The unfortunate part was that particular perk was mentioned to him about three bosses ago.

Jus was executive assistant to the Vice President of the scouting division, which was a joke in itself seeing that the company was comprised of at most ten employees. To add to his troubles, he was to fly out to Italy that day with the newly appointed VP, whom Jus heard was a royal pain in the ass.

He kneeled to open the ink cartridge compartment, and then to complete his demise, he was splattered on the top corner of his Armani Collezioni gingham shirt. Jus dropped completely to his knees and sat back on his haunches. Can this day get any worse? As soon as he finished his thought, he heard someone clearing their throat behind him. Jus quickly stood and gathered himself as best he could. Before him stood the most delectable man he had seen … well … in a lifetime. Jus was tall at 6’1”, but this man had to be nearly another half a foot taller. His blond hair was cut close around his ears, but the slight ripple to his coifed bang showed that if given the chance to grow longer, his mane would be full of curls. The man’s jaw was strong, but his lips were soft and almost puckered, which gave a nice contrast. His eyes were icy blue and drew one into a hypnotic glance, but when he curled his lips into a sly grin, his single dimple melted Jus’s insides. Damn, I didn’t know Delaware had men in this make and model.

Firmly situated in the land of fairy tales and fantasies come true, this is the story of young Jus, a personal assistant, and his boss Maxim, the new VP of scouting in a small fashion company. If ever there was hot office romance (ethics not being looked at too deeply), this is a great example. It contains international travel in a private yet, sultry nights in an Italian vineyard, and enough personal drama and misunderstandings to fill a novel. All squeezed into a very sweet short story that reads like a modern-day office-based Cinderfella story. Jus is one of those men whose lives just don’t seem to want to be simple, or be easy to deal with. He is a hard worker, has degrees in business and fashion design, but nobody seems to want to hire him other than, finally, as a personal assistant. Read: glorified gofer. His bosses keep being sacked, and when the newest incarnation of his superior, the godlike and totally impeccable Maxim, catches him with a stained shirt, caused by a malfunctioning copier, Jus is sure his life will never get any better. And he is right, it will get worse before he finally finds his happy ending. Maxim is mysterious, a demanding boss, and the master of the “hot and cold treatment”. He knows exactly what he wants and is a total workaholic to boot. I must admit, I have met knights in shining armor who were far nicer than this one – then again, he does redeem himself in spades by the end of the story, so that is a definite point in his favor. I actually quite liked that he wasn’t totally perfect. If you like modern-day fairy tales and feel like reading an office romance, if you’re looking for heat in an exotic setting, and if you want a read that is entertaining and has some emotional drama, then you will probably like this short story.

**I received this for free from the author in exchange for a review** I&#039;m a big fan of M/M romance and erotica and this one definitely is my type of read. Jus is very easy for me to relate to. He&#039;s an average guy, coming out of college and entering into his field. He starts off having the most horrible day on his new job. He&#039;s gay and comfortable with that, always a plus, and upon meeting his new boss can&#039;t help but notice the guy is hot. He has some awkward moments and a slight potty mouth, and as we get through the story he has a bit of an aggressive streak and a very direct approach that is always hot on a male character. The story, while short, is well written and those special scenes are hot and steamy with a happy ending that leaves the reader quite satisfied. Wouldn&#039;t mind seeing a follow up to the story, that&#039;s for sure.