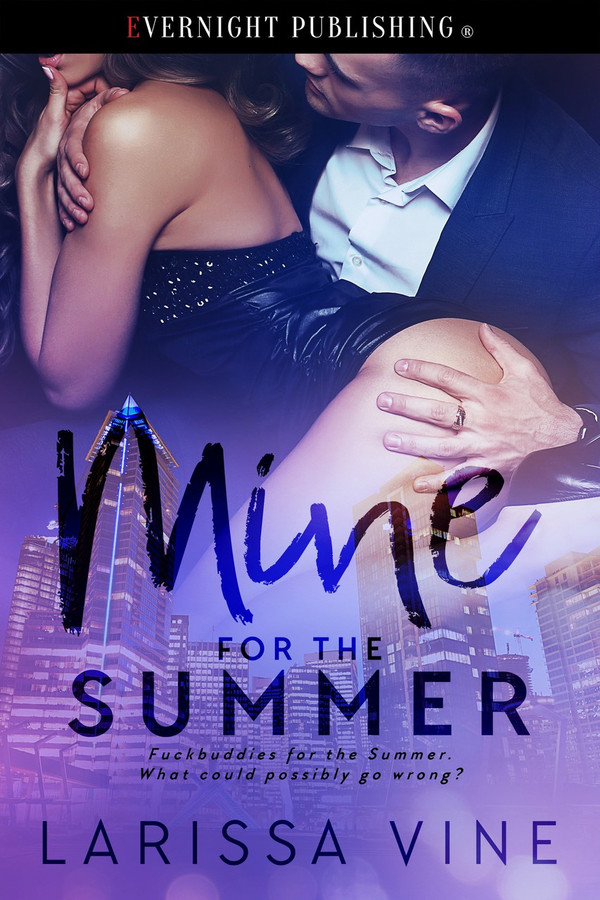 Tess's life changes in a second. She had thought that her long-term boyfriend was about to propose to her. Then she finds a message on his phone—a photograph of a nameless, faceless woman flashing her breasts, the female equivalent of a dick pic.

They make a pact—a summer of fun then it's over. They'll both walk away without getting hurt. It'll be easy, Tess tells herself. What could go feasibly wrong? Then she discovers Conner's talented tongue and the things that he does with ice cubes.

"You like that, don't you?" His voice was like gravel. "I'm going to eat you out. I'm going to lick all of the cream out of your pussy."

Conner popped his index finger into his mouth. He took his finger out and touched the inside of her leg, just above her kneecap. Tess’s heart hammered. It seemed like all of the nerve endings in her body had become focused on just that one spot.

With agonizing slowness, he traced the wet digit up the inside of her leg, climbing higher and higher toward her thigh. His finger left a tingly trail of coldness. It came to the top of her thigh. With a moan, she spread her legs wider. She felt like grabbing his hand and shoving his finger inside her. One finger. Two fingers. No, the whole hand. She imagined rocking against it and feeling the scrape of his knuckles.

Conner touched the inside of her thigh. "I love this part of you. It feels like silk."

He took hold of the hem of her dress. In one motion, he pushed her dress up her legs.

"Christ," he said, breathing heavily. "You're not wearing any panties."

A Second Chance on Love by Larissa Vine

The Fashionista and Her Lumberjack by Larissa Vine