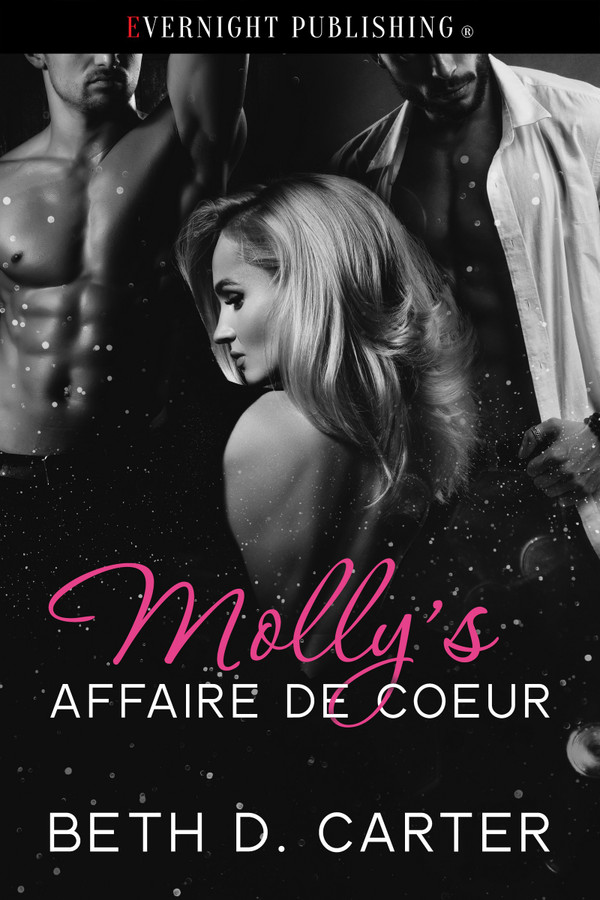 Everyone in her hometown knows that Molly Evain is shy. As a librarian, she relates to books better than to humans. Quiet, reserved, demur ... all words people use to describe her, including her boyfriend. But when he pops the big question, Molly realizes she doesn't want to be those adjectives anymore. What she doesn't know is if she's able to change since she suffers from panic attacks and agoraphobia. In order to give herself time before answering, she decides to take an impromptu vacation to Paris.

A chance encounter puts her in the path of not one, but two, handsome men. Regan Rookery is a hockey heartthrob, on vacation to find relaxation and anonymity in Europe. Shane Gordon is the man she is having a voyeuristic romance with through her hotel window. When she realizes both men are best friends and she’s whisked to the French countryside, Regan and Shane come to terms that they are both falling for the same girl.

But their lives are disrupted by the media attention of their relationship and Molly doesn’t know if she’s strong enough to handle the attention and publicity. Does she run away, knowing that if she does, she could lose both men she’s come to love?

Like a siren song, she couldn’t resist. Rising, the logical part of her brain told her this was a bad idea. The man had a right to privacy. But she wasn’t listening to that side of her brain because she looked down into the bathroom again, making sure to stay in the shadows like any good stalker. There he stood, with a towel wrapped around his hip. White foam was on his face as he carefully shaved around the goatee.

Her breath caught in her throat as she watched him smoothly, carefully run the blade up his neck and over his strong jaw. The fluidity of muscles moved and flexed, and excitement gripped her in her belly. Her heartbeat sped up. Her mouth went dry.

She’d had no idea she was a voyeur.

As he sat the razor down and wiped his face with another towel, she happened to glance into the mirror and saw that he watched her. Horror and shame flooded her even though he smiled, or possibly smirked since she couldn’t really tell through the mirror. And then he winked. Turning away, she all but ran back to bed, hopping in and pulling the blankets over her head.

Her body throbbed despite her mortification. Molly couldn’t help but wonder what sex with him would be like. Somehow she doubted she’d be looking over his shoulder mentally going through her grocery list. No, a man like that would definitely make her come. Hell, she was ready to come just by looking at him.

She closed her eyes, but she knew she’d never get back to sleep. She kept seeing him over and over and over again. His naked body, the tight ass, his beautiful thick cock. With a groan she turned to her side and squeezed her eyes shut.