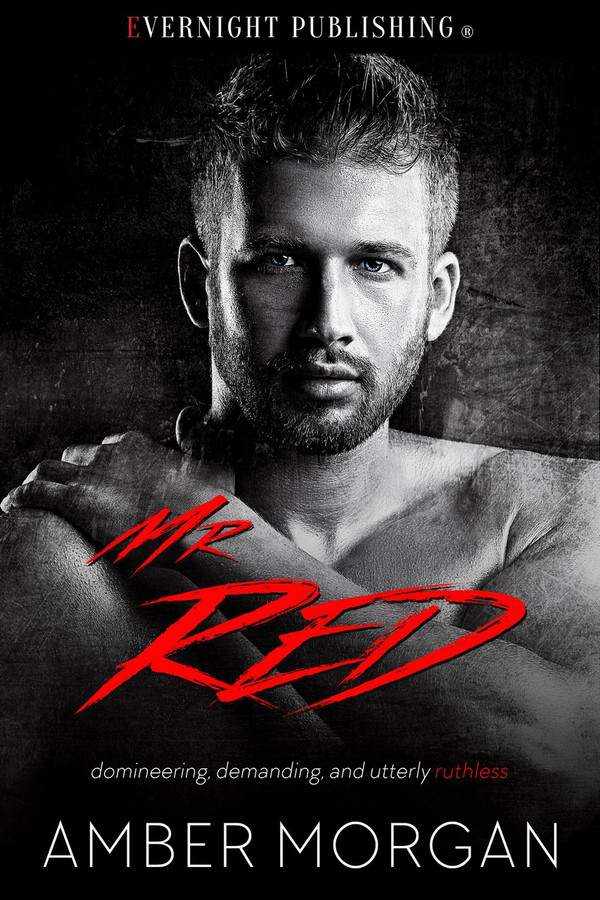 When Ally Mosconi's father trades her in to his mysterious Mafia boss to pay a debt, Ally knows her life has changed forever. The man she calls Mr. Red is domineering, demanding, and utterly ruthless. She knows she needs to break free—but with her father's life in the balance, what can she do to challenge Mr. Red's control? And as she falls deeper under his spell, she begins to question exactly how much she wants to escape.

Despite his warning about having to explain himself, Ally could only gape. "What?"

His eyes flashed, and she took a step back. "Strip," he repeated, "or I will strip you."

She glanced at his hands. Strong, elegant hands. Long fingers. She imagined those hands ripping her clothes away, gliding over her breasts and hips to remove her bra and panties. She swallowed hard and backed up another step. "Why? Why do I have to strip, I mean?"

He chuckled. "I'm not going to rape you, if that's what you're scared of. When the time comes ... and it will ... you'll come willingly, I promise you that." He chuckled again, no doubt at his double entendre. "But right now, as rude of me as it is to say it, you're filthy, Allegra Rose. You need to shower."

Her cheeks burned, both with humiliation and that maddening lust. But she couldn't argue with him. The idea of a hot shower was heavenly, even if it was under these circumstances. "Where's the bathroom?" she asked.

He nodded toward a door in the corner. Through a frosted glass pane, she could just about make out a shower cubicle. When she headed for it, he pulled her back. "Strip here."

"Dammit! Can't I at least have some privacy?" She couldn't hide her anger, or hold back her tears. It wasn't enough that her dad had handed her over like an unwanted puppy. It wasn't enough that Mr. Red could keep her here with the threat of her dad's death hanging over her. He had to have this, too. He had to strip away every last piece of her dignity. She'd never wanted to punch anyone so much in her life.

He smiled. It wasn't unkind, but it was unyielding. "Strip here, now, where I can see what I bought, or I'll strip you myself. The choice is yours, Allegra, but one way or another, you will do it."

And with that he sat down on the edge of the bed, watching her expectantly, his gaze hot.

Keeping her eyes squeezed shut, she peeled off her tank top. To her surprise, he gave a throaty murmur of appreciation, and she couldn't help opening her eyes to see his reaction for herself. He stared at her breasts with undisguised hunger, immediately making her want to cover them again. Her bra was a faded purple cotton, nothing sexy or tempting, but Mr. Red looked at her as if she was a banquet to be fallen on. Her heart raced.

She was about to unhook the bra, but he raised his hand, stopping her. "The skirt first," he said.

She shimmied out of it obediently, letting it fall at her feet. She had a moment of pathetic gratitude that her panties matched her bra, but the look on Mr. Red's face told her it probably wouldn't have mattered either way.

He stood and moved behind her, close enough that she felt his breath in her hair. His fingers skimmed her back, tracing down her spine with a touch so light it was almost infuriating. "Little Allegra Rose," he said. "How old were you when we first met?"

Her voice came out in a ragged rush. "Sixteen."

"Sixteen." He rested his hands on her shoulders. "Lucky for you I'm an honorable man, Allegra."

She shivered at his closeness, at the weight of his hands on her. She wanted him closer. She wanted him gone. She had no fucking idea what she wanted, but he was making her knees weak, and if he kept touching her, she'd crumble.

I&#039;m fast becoming a big fan of this author. Mr. Red was an amazing read which had me on the edge of my seat, and falling in love with the hero right along with the heroine. If you love your heroes dark, dangerous, and dominant, this is the read for you

I&#039;m fast becoming a big fan of this author. Mr. Red was an amazing read which had me on the edge of my seat, and falling in love with the hero right along with the heroine. If you love your heroes dark, dangerous, and dominant, this is the read for you