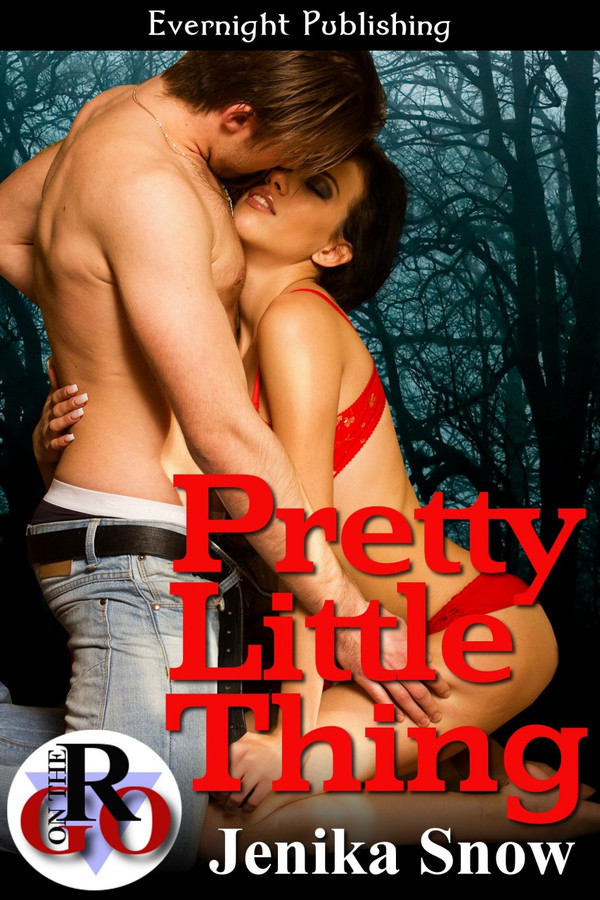 Fiona isn’t alone in the woods.

When an unseen predator stalks her during one of her field expeditions, Fiona’s only hope is that a man named Landon, one that lives isolated high in the mountains and keeps to himself, will help her.

It isn’t until she is alone with Landon, safe for the time being in his cabin, that she realizes she has an undeniable sexual attraction to him. As she lets her inhibitions go and gives herself to him, she learns there is something deadly wrong with him, something that she has only read about in fables.

Has she just walked into her stalker's arms, or is she running from the only man who could save her life?

Her heart raced and her blood pumped hard through her veins. She was not frightened; no, she was excited. A brush from a fingertip slid down her bare arm and she ran harder. That was what he wanted. He liked the chase, liked to hunt her down and claim his prize. She didn’t know how she knew that, but she knew, with every fiber of her being.

Just as she would have broken through into the clearing, he had his thick arms around her waist. Before she hit the ground he had her turned and falling onto his chest. The air left her lungs as she came up against solid muscle. He stared at her with glowing blue eyes. She knew who he was, and despite the fact they didn’t speak, she knew they were meant to be together.

Her increased breathing had her breasts rubbing along the firm expanse of his chest. Her legs were spread as she straddled his waist, and she could feel the thick length of his erection pressed against her pussy. He smirked and lifted his hips up, which in turn pressed his cock more firmly into the center of her body. Fiona sucked in a breath as pleasure coursed through her. She wanted him, so bad.

He lifted his upper body and ran his tongue up the side of her neck. Fiona closed her eyes and tilted her head to the side. Her nipples ached and her pussy tingled. All she would have to do was take off her panties and let him slide right into her body. His hands were everywhere, but she needed more. When he placed his fingers right on her cunt and gently pressed on her clit, Fiona bit her lip to stop from crying out.

He started rubbing slow circles around the tiny bundle of nerves and then slipped his finger down to the opening of her pussy. “I want to be inside you.” His voice was deep and distorted, animalistic even.

“Yes.” God, she wanted him there. His chuckle sent a spike of pleasure through her whole body. She would have begged him, right then and there, but the sound of a wolf howling in the distance had him disappearing right before her eyes. There she sat, her body wet and needy, yet the man that could have eased her pain was gone.