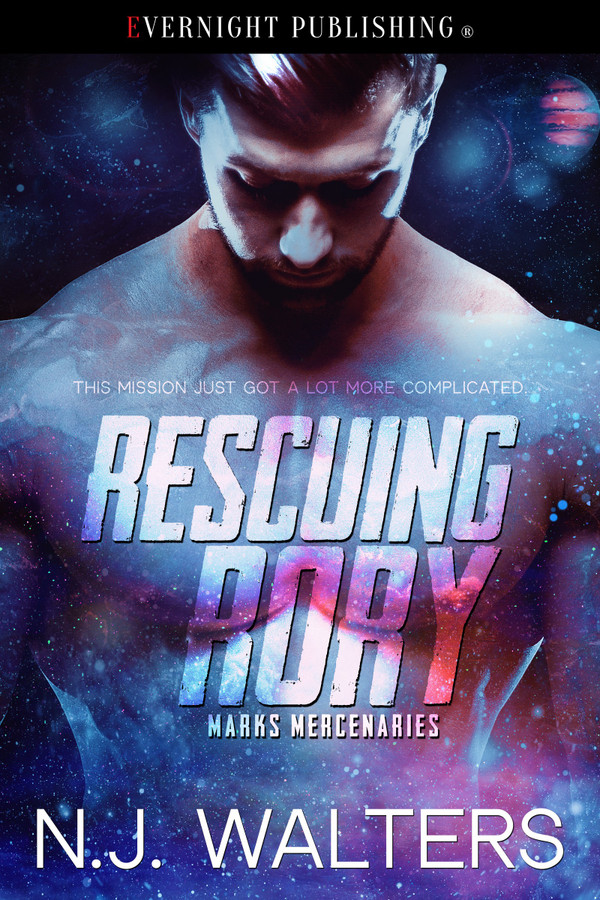 Betrayed and sold into slavery after her father’s death, Rory Banks finds herself dancing on the Exos, a deep-space pleasure ship. So when a stranger breaks open her cage and offers her a way out, she grabs it and runs.

Kal Marks and his brothers are space mercenaries and traders who have spent the past ten years searching for their younger sister. Their hunt has led them to the Exos and to Rory, who they hope will have information. But Kal never counted on wanting Rory or on the sexual tension and scorching heat that blazes between them. This mission just got a lot more complicated.

Aurora Banks had seen just about everything in her twenty-two years of living, and most of it wasn’t pretty. But this was the last thing she’d expected to happen when she was shoved into the dancing cage a few hours ago.

The man standing before her with his hand out was tall and broad and downright intimidating. His eyes were a piercing green, and his silky black hair fell around his shoulders. A thick scar ran from just below his eye by his nose all the way out to his ear.

If she were totally honest, he was handsome in a rough-looking way. Not that it mattered. He was a way out of this nightmare. Rory only hoped she wasn’t jumping from one bad situation to an even worse one.

Trusting her instincts, she reached out and took his hand. It was warm and strong as it closed around hers and pulled her to the edge of the cage. He lifted her down from her gilded prison, wrapped one strong arm around her, and hustled her toward the wide red door that blocked their path to freedom.

“The guards.” She had to yell to be heard above the din of the yelling and fighting. They called themselves bouncers, but they were here to do more than keep the peace. Their main job was to make sure they didn’t lose any of the merchandise or the money. And all the women on board were considered prime merchandise.

“You let me worry about them.” Her liberator reached inside his shirt and drew out a compact-sized blaster.

Something crashed behind her, and she automatically began to look toward it. He caught her chin and turned her face away. “Look forward, not back.”

That was good advice. She ignored the noise and the fighting and hurried to keep up.

One man, a Crebian by the looks of his greenish-blue skin, tried to stop them. The man beside her didn’t even pause. He simply raised his hand and shot the blaster. The Crebian fell to the floor, and the men around him stepped back, giving them a wide berth.

Rory didn’t know how her rescuer had managed to get the weapon on board the Exos, as there were stringent controls in place to keep such a thing from happening. She should know as she’d spent the past month trying to find a weak spot in their security system so she could plan her escape.

They pushed their way through the door. The man beside her tightened his grip on her wrist. His urgency became hers. “Run,” he told her. Giving no thought to the mistake she could be making, Rory ran, her bare feet slapping against the metal floor as she was practically dragged behind him.

At first, she thought he was talking to her. It took her a moment to realize he was speaking into a communication device strapped to his wrist. And it wasn’t just any communication device. This one was top-of-the-line and went for at least one-thousand Alliance credits, maybe more.

Who was this guy? Laborers and miners didn’t waste their hard-earned money on fancy communication devices. They tended to splurge on booze and women when they had a few extra credits.

“Roger that,” a deep voice replied. “Hurry the fuck up.”

Rory shivered. Whoever the voice belonged to, he did not sound happy.

“Just fire up the engines and be ready for anything.” He picked up his pace. “Not much farther,” he told her. “We’re docked at J portal.”

Rory glanced at the sign on the wall. They’d just passed the H portal. She did her best to keep up with the pace he set, but it wasn’t easy. She wasn’t used to having to run for her life.

He stopped suddenly, slammed her body against the wall, and threw himself on top of her. She heard the sound of a blaster, and then his big body jerked against hers.

Rory screamed. Her rescuer had been shot. She wasn’t going back to the cage. She wasn’t. She scrambled for the blaster in his hand even as the pounding of boots got closer. But when she lunged for the weapon, it was already out of reach.

Her liberator whirled around and returned the guard’s fire, the blaster steady in his hand. She peeked around his shoulder in time to see the two burly guards drop to the deck. “Come on.” He tugged her behind him, practically dragging her. She tripped but managed to stay on her feet.

The J deck came into view. Instead of relaxing, she grew even tenser. She knew better than to think this was over. No woman had ever been taken off the Exos. The captain wouldn’t allow it to happen. His reputation was on the line. If one woman was taken, then many would see all of them as fair game. The Exos would be constantly under attack. Pleasure ships stayed in business by being utterly ruthless to any who broke their rules and by having impenetrable defenses.

The panel whooshed open, and he practically threw her through it. “Get on the ship. Now.”

A fairly large deep-space-class trader was docked on the other side of the portal. The door to the vessel slid open, and a man stood there in full body armor, holding a massive blaster cradled in his arms.

Rory moved closer to her rescuer and clutched the hem of his shirt. He didn’t pay her any attention as he was too busy peering around the panel. “Come on. Come on,” he muttered under his breath. It occurred to her that he must have had an accomplice, someone who had aided him in her escape.

The man with the massive weapon beckoned her forward, but she wasn’t going anywhere. Not without the man beside her. She may not know his name, but she trusted him more than the unknown man waving her toward the ship. He’d protected her from the guard’s blasters. She’d be dead if he hadn’t.

Kal and his brothers are searching for their sister. They break into a pleasure ship in hopes that a slave named Rory would have answers. Neither of them expected the sexual chemistry between them. In the middle of danger can they find love? This is a good read! I really liked the scifi elements. These guys are searching for their sister which is really sweet and hopeful and heartbreaking. I’m rooting for them! Rory has her chance at freedom, finally. It doesn’t hurt that the brothers are cute but her gaze seems to be glued to Kal. Their romance unfolds a little too quickly, but it is a nice balance with the action. This is a series I’m definitely going to continue!

After her father’s death, Rory banks was betrayed and sold into slavery on a deep-space pleasure ship, so when a stranger breaks open her cage and offers her way out, she grabs it and runs. Kal Marks and his brothers are searching for their sister and their hunt has lead them to the pleasure ship and Rory, but Kal never counted on wanting Rory or on the sexual tension and scorching heat that blazes between them. A riveting read that scorches the readers with steamy passion and sizzling chemistry. The characters are strong, bold and easily capture the readers’ attentions while the fast paced plot keeps the glued to the pages. The romance is hot, steamy and downright delicious but with a sweet overtone that makes readers sigh. The story has lots of suspense and but mostly focuses on the relationship and Rory’s situation but gives readers the overall plot of Kal and his brothers’ search for their sister to look forward to in the future. So while this story is on the short side, be prepared for one blazing hot &amp; entertaining romance that has readers wanting more.

Short story w/Instant Lust that turns to Instant Love..... sometimes a girl needs a hero to swoop in and save her even if she was planning her own rescue. I loved it and all the brothers too! Can&#039;t wait for more...because now I really need to know what happened next!

Buy this book and you won&#039;t regret it!!!! Rescuing Rory has a strong h in Rory, and Kal and his brothers are hunky, loyal heroes! This tale is smooth from start to finish and has action, depth of emotion and steamy love scenes. I can&#039;t wait to see which brother is featured in the next book. Eek!

Kal and his brothers have been searching the galaxies for their sister who was kidnapped at a very young age. Their search gleans information that leads them to Rory, a dancer on the pleasure spaceship Exos. Since there’s no real easy way to talk to Rory—she dances in a cage—Kal kidnaps her and takes her aboard his and his brothers’ ship. Rory’s lost so much—her father, the only home she’s ever known (her father’s ship), and her freedom. Sold to a slaver, she dances in her gilded cage until a man with green eyes takes her away. It isn’t until she’s aboard his and his brothers’ ship that she’s told why they took her, and it’s beginning to feel like she traded one captivity for another. I’m kinda blown away by this story. It’s a series beginner and an insta everything sci-fi erotic romance. Attraction and heat burns fast and bright between Kal and Rory, but it doesn’t overshadow the brothers’ mission or lessen Rory’s insecurities about 1)being with Kal, and 2)finding somewhere to really belong in the galaxy. There’s an intensity, a sense of urgency throughout this story that really pushed it along and kept me wanting to know what happens next. And I do want to know what happens next. Kal and Rory got their happy ending, but I hope the brothers as a whole get theirs too. Family is everything, and their family won’t be complete until their sister is with them once again. Well done, Ms. Walters. I can’t wait to read the other books in this series.