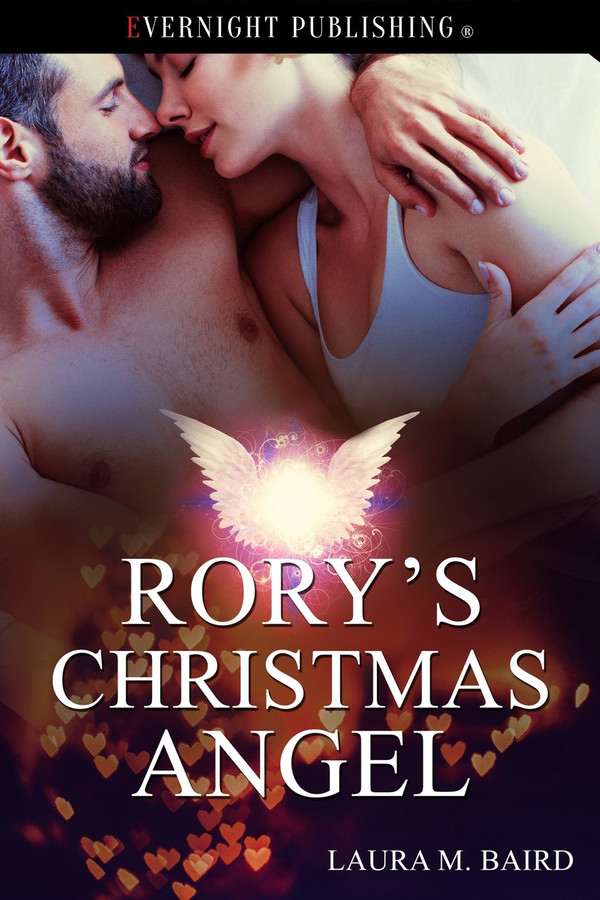 Instinct kicks in as Frankie Chandler, former Navy nurse, now soon to be veterinarian, witnesses an accident and rushes to save a man’s life. When State Trooper Rory Sanders arrives on the scene, he’s awestruck at the sight of the gorgeous woman taking charge. Once the frenzy is over, both are reluctant to walk away from their mutual attraction. But they’ll each have to get beyond their hesitations, such as Rory telling himself it’s okay to let love in while raising his daughter after losing his wife, and Frankie who’s never had a serious relationship in her life because she’s been focused on school while also helping raise her nephew. Will the power of love win out and make their Christmas wishes come true?

Just as Rory was turning onto Highway 20 to head to the Interstate, he got a call about an accident further north on 75, close to Traxler. So he zipped around to proceed to the scene. He hoped that it wouldn’t turn into something major, because he didn’t want anything to delay his time with his daughter.

Yeah, selfish. But it was near Christmas and he wanted to spend as much time with her while she had her break from school. He already had extra days off scheduled so he could do just that. Rory thought about a trip to the coast, as they hadn’t been to the beach since before Rhonda’s death. He’d just have to gauge the weather and see what Alisa wanted to do.

As Rory arrived on scene, he quickly knew this wouldn’t be a simple in-and-out—this was going to take a while. Pulling close to a parked semi-truck, he saw three bodies crowded around an overturned vehicle on the shoulder. He radioed his arrival and asked whether other services were on their way.

“Be advised, an ambulance has been dispatched from Gainesville and another trooper is headed your way, Rory.”

“Thanks, Dee,” he said to their dispatcher. He gave her a quick assessment of what he could see, and that he was going to investigate. The one saving grace was the light traffic this time of the morning with the few vehicles that passed moving slowly in the far lane.

Rory ran to the scene and catalogued what was happening. An older man stood by while a younger man and a woman were crouched down attempting to pull someone out of the car. He couldn’t see the woman’s face as her back was to him. All he could see was a red and black flannel shirt atop jeans that fit snugly to a shapely backside.

Jesus! What’s wrong with you? You’re at an accident, not here to ogle this woman!

As he got closer, he heard the woman yell, “Three!” And everything seemed to happen at once. He heard the clicking of the seat belt, and he saw rapid movements of the man and woman cradling the victim as they carefully maneuvered him out of the crunched car. He saw the woman turn and bright green eyes collided with his, leaving him momentarily stunned. Short blond hair haloed her face as a rosy blush colored her cheeks. Probably from the exertion. Or more likely from the heat of the car which suddenly had flames bursting from the engine compartment.

While they scrambled to pull the man further away from the vehicle, Rory shot forward to assist. He grabbed near the victim’s shoulders while the woman held the torso and the younger man moved to hold the legs. Together, they got the victim a safe distance from the burning car before setting him down, he and the woman kneeling at his upper body. Looking at the man, he noticed a gash across his forehead that was bleeding freely, and he appeared unresponsive.

Before Rory could act, the woman was tearing off her flannel to reveal a black tank top beneath. As well as more shapely anatomy. Rory tried hard not to stare at the generous breasts and the well-toned arms, at the intricate tattoo gracing an arm—the design he couldn’t quite make out due to the woman’s quick movements.

“He’s unresponsive!” she yelled. “Hold this to his head while I start CPR.” She shoved her shirt into Rory’s hands while she assessed for a pulse. She must have felt one, because her next step had been to check for breathing. As her cheek hovered above the victim’s mouth, she looked down at the man’s chest. Her next move then had been to tilt the chin up and pinch this nose while she gave breaths.

Oh, to have that beautiful face so near to him. To have those lips touch his.

Rory shook his head to clear his incredible thoughts, wondering what the hell was wrong with him.

“His pulse is faint but he’s not breathing,” she said. “I’ll continue breaths until the ambulance arrives.”

That prompted Rory to speak. “An ambulance should be here shortly, coming from Gainesville.” While kneeling down on the opposite side of the victim, across from the angel … er … the woman, he continued. “I’ll relieve you if needed. I’m Trooper Sanders. Rory Sanders.”

After two more breaths, the woman pierced him with her emerald eyes and said, “I’m Chandler, Frankie Chandler.” Her voice had been almost lyrical even in the tense situation, and he shouldn’t have been zeroing in on her plump lips, but that’s exactly what he did.

“Used to be a nurse in the Navy,” the older man supplied as he stated his name while standing over the scene. “I didn’t think it wise to move the man, but she seemed certain it had to be done. Good thing, seeing as he would have burned to a crisp if not for her actions.”

Rory looked to see flames licking over every inch of the vehicle. He clicked his radio to update the situation, saying they’d need a fire truck and a wrecker on scene. Once he got the affirmative from Dee, he faced the group again.

“That’s for sure,” said the younger man. “I’m Frank and that’s my truck.” He indicated to the parked semi with a nod of his head. “Saw this guy weaving all over, in and out of traffic until he clipped my truck and flipped. Scariest thing I ever saw.”

Rory looked at each person before his gaze fell back onto Frankie as she finished another round of breaths. Or was it Franki? Or Franky? Dammit! Concentrate! “Pretty brave and quick thinking.”

“I couldn’t not help. Instinctual training took over.” She once again positioned her face over the victim’s mouth while feeling his pulse. Bringing her head back up, she said, “Still not breathing and his pulse is even weaker. May have to start compressions.”

Rory nodded. “Are you still a nurse?”

“A veterinarian?” Rory asked, knowing he must have seemed dumbfounded. All he could do was stare at Frankie, wanting to know more.

“Yes.” She smiled. And boy, what that did to her face, her entire presence. Even with the smudged dust on her skin and her hair in disarray, she was the most beautiful woman he’d ever seen. “Are you all right, Sanders?” she asked.

The last thing State Trooper Rory Sanders expects to find at an accident is a beautiful woman who stirs his soul. He hasn’t thought much about romance in the two years since his wife passed away but there’s something about Frankie he can’t ignore. When she invites him and his daughter to her family farm, they share an electric kiss. With his daughter nudging him forward, he takes the plunge. Is this love? He’s not sure but what he does know is that for the first time in a long time, his heart beats for another. This Christmas, he knows what he wants. Will Frankie’s Christmas wish be the same? Rory’s Christmas Angel is a touching holiday romance about letting go of the past and embracing all that life has to offer. Both Frankie and Rory have been through heartbreak and this is partly what draws them closer. While the attraction is immediate, the build-up is nice and slow. We get to yearn with the characters as they get up enough courage to make the first step. There are some tearful moments which makes me love this romance yet there are humorous scenes too. The day-to-day life on a farm is accurately portrayed, right down to the birthing. Well done. The ending is so heartfelt, it feels like a Hallmark movie. If you’re looking for a romance with children and a close-knit extended family, you’ll want to read Rory’s Christmas Angel. Highly recommend! Disclaimer: I received a copy from the author in the hopes I&#039;d review it

Rory&#039;s Christmas Angel was a sweet holiday romance. Had all the right elements and was heart felt. Well done.

Rory misses his wife desperately and since her passing has never desired another woman. He is anxious to get off work to take his daughter Christmas shopping when fate intervenes. Frankie is on her way home after a long 24 hours when a reckless driver plays chicken with a semi and changes her world. She never thought to have the love of a man after all these years and was resigned to her fate, until a sexy trooper arrives on the scene and shakes up her whole world. Can Rory let himself love again? Will Frankie be willing to open her heart to Rory and his beautiful little girl? Sometimes the best thing to do with destiny is not fight it, but when two hearts are on the line nothing is guaranteed. Rory’s Christmas Angel is a beautiful love story that brings a smile to the face of the romantic at heart. The writing provides a smooth story with enough angst to make it interesting, but not tense. I smiled with every page because it was such a home and hearth story with smoldering heat. A refreshing change from the romances that get so complicated you have to take a break or fight to keep up.

4.5 stars Rory’s Christmas Angel was a sweet read. It was roughing 100 pages long but I could have easily read another 100 or 200 pages. All the characters warmed my heart because everyone was so dang likable! I’m serious every character brought a smile to my face at some point. However, the two most memorable characters, other than Rory and Frankie, were Alisa and Sammy. Alisa lost her mother to a brain aneurysm a couple years ago and now she thinks it’s time for her dad to find love again. I found it so cute when she gave Frankie permission to kiss her daddy. Sammy, Frankie’s nephew, lost his own mother 5 years ago to a car accident and believes his honorary mother needs love as well. The children are correct that everyone deserves love and happiness. If you want a feel-good story, I highly recommend purchasing Rory’s Christmas Angel.