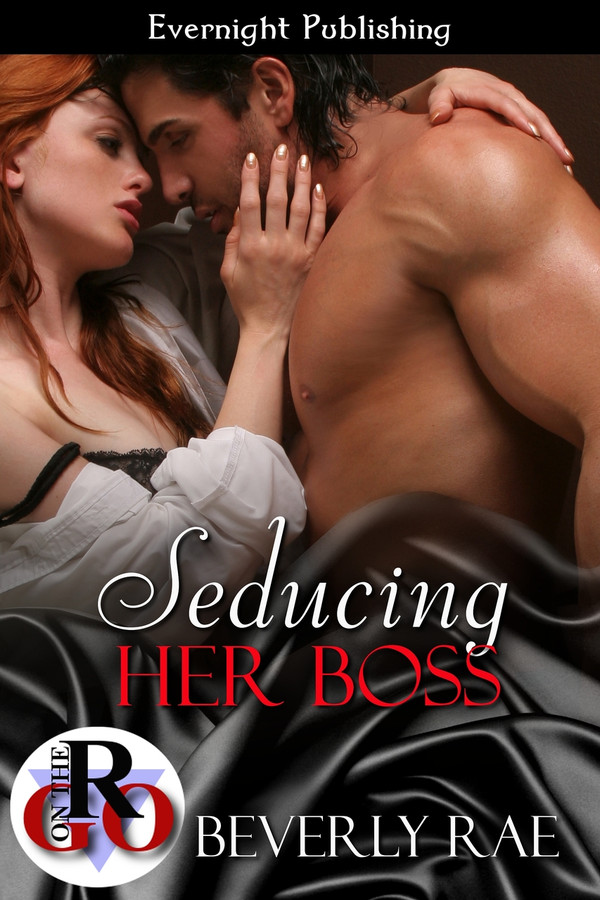 Lauren Williams fantasizes about making a move on her boss, sexy millionaire Carter Kensington, but her sexual inexperience holds her back. Yet when he asks her to travel for business, will she show him how much she wants him?

Millionaire Carter Kensington aches to get his hands all over Lauren, his beautiful new assistant. When work throws them together, he’s determined to find out if Lauren’s the woman for him.

Soon after they finally come together, a revealing photo appears on the Internet, exposing them in more than one way. Can they find a way to stay together or will they be torn apart by scandal?

Lauren had gotten lucky, stepping off the elevator on her first day and running straight into the head of HR. In a rare show of guts, she’d seen the memo requesting a temporary replacement in his hand and had told him she was the perfect girl to fill the position. The fact that she’d embellished her credentials bothered her a little at first, but once she was in the job, she’d figured it was fate giving her the good luck usually reserved for others.

Then she’d gotten a good look at Carter and she’d known she would’ve lied like a dog to get the job. One month later, Elaine had resigned, and since she was already filling in, they’d let her stay on.

“Fuck it. A job’s just a job. But getting a man like Carter Kensington? That’s a once in a lifetime opportunity. If you don’t go after him, someone else will.”

If she didn’t know better, she’d swear she’d caught him checking her out. His black eyes bore into her, studying every inch. She had a decent body, maybe even a good one, with rounded hips and tits that pushed the limits of her blouse. But millionaire Carter Kensington was out of her league.

She bit her lower lip and risked another peek. And caught him looking at her again.

“He’s so fucking hot. If it weren’t for Milton, I’d go in there, pull up my skirt, and tell him to stick it to me where it counts.”

“Like I said. If it wasn’t for Milton, I would. That and because you’re wet between the legs for him. I’d never come between you and the man you want.” Milton was Karen’s boyfriend, an older, boring man who worked in the accounting department.

Hot-enough-to-fuck-any-woman-he-wants Carter, with his sleek black hair and penetrating black eyes would never go for her. He was the type of man who had his photo in the society pages of the newspapers or in a celebrity magazine with his arm around a skinny, perfect-bodied Hollywood star. His type would never go for a girl who’d just graduated with an art degree. Landing the prestigious position as his executive secretary was more than she’d hoped for. To think she’d have a chance at the man himself was just stupid.

“Which is why you have to go for it. Not just for you, but for me. Hell, do it for every assistant who’s ever lusted after her boss.”

I found myself in need of a good quick story to read while my car was being serviced. Luckily for me, the geniuses at Evernight Publishing created a wonderful series designed for just this situation. Their Romance on the Go series features very short stories but the authors manage to pack a lot of passion and emotion into those few pages. Seducing Her Boss by Beverly Rae was just the right bite of fun and loving to pass the time enjoyably. Lauren Williams has been fantasizing about her boss Carter Kensington ever since she went to work for him six months ago. Her friend suggests seducing him, but Lauren is afraid that Carter isn’t interested in her. After all, with his good looks, charming personality and millionaire status, Carter could have any woman that he wanted. Combined with her lack of sexual experience, Lauren believed she had no chance. Carter had been secretly lusting after his assistant but was hesitant about approaching her. There was the risk of a lawsuit or that she didn’t return his interest. One night when the two were working late, the sparks began to fly and there was no way either one could resist. Just when it looks like Carter and Lauren have worked everything out, a scandal erupts and threatens their chance at a happy ending. Seducing Her Boss is only 39 pages which doesn’t leave a lot of opportunity for character or story development. Yet Ms. Rae was able to give the reader enough information about Carter and Lauren to provide us with a sufficient understanding of their desires and motivations. I liked both characters and was cheering for them to get together. While the story didn’t provide too many surprises, that didn’t lessen the satisfaction I felt while reading. I’ve become a huge fan of the Romance on the Go series and I have not read a bad one in the bunch. Ms. Rae’s story is a wonderful addition to the series so when you next need a quickie . . . story, then you should grab Seducing Her Boss.

Seducing Her Beast by Sam Crescent

His Boss, Her Dom by Raven McAllan