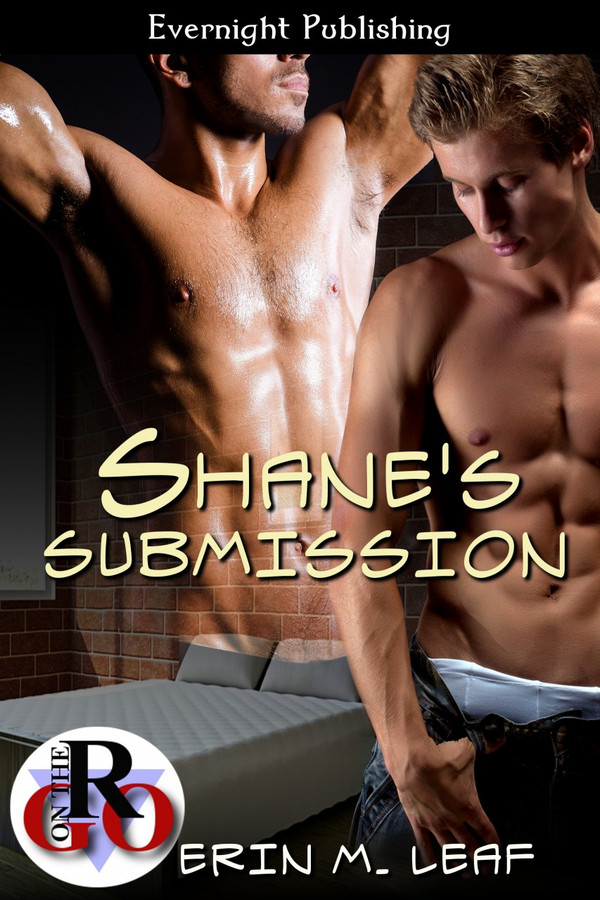 Shane and Leo have been best friends forever—through high school, dating disasters, and family losses. Lately though, Shane has been feeling more and more unsettled. His girlfriend dumped him because he wouldn’t spank her, and he can’t stop thinking about the kiss he and Leo shared in high school, long before life happened and they grew up.

When Leo confronts Shane about his depression, the whole, unpleasant story about the breakup comes spilling out. Leo offers to spank Shane so he can understand the appeal, and shockingly, Shane wants to agree, but both of them are straight and he’s not sure it’s a good idea. Besides, he’s not into pain and he feels weird asking his best friend for sexual advice—Leo is too important to him to risk their friendship over something like this. So what if he can’t figure out why the idea is so intriguing?

“Just relax,” he said out loud. He wasn’t sure if he was trying to convince himself or Shane.

Shane snorted. “Um, sure. No problem. You’re about to spank me, God help us both, and you’re telling me to relax?”

“Okay then, don’t relax. I don’t think it will make a difference,” Leo said, abruptly amused. What the hell were they doing? This was crazy. “Christ, how much did we drink tonight?”

Shane burst out laughing. “Not that much. Not nearly enough. In fact, I think we need to drink more.” He made as if to get off the bed, but Leo pushed down on his shoulders, preventing him from moving.Shane immediately buried his head in his pillows, shoulders still shaking from laughter.

And fuck if he doesn’t look fucking fantastic on my bed, burrowed into my pillows. God, I’m going to lose it tonight, Leo thought. He sat on the bed, ignoring the way Shane froze as the mattress dipped under his weight. “I promise I won’t hurt you.”

Shane lifted his face and glanced at him, then buried his face in the crook of his elbow. “I thought that was the point,” came his muffled response.

Leo ran his palm from Shane’s shoulder to his waist. Damn, the man was fine. And warm. So damn warm… “You know what I mean,” he murmured, massaging Shane’s back. His friend was so tense Leo half expected him to sprain something if he didn’t relax.

Shane shrugged. From Leo’s point of view, the movement highlighted his friend’s impeccably toned back. He sighed as his cock gave an interested twitch, then raised his hand and brought it down firmly on Shane’s backside.

Shane yelped, thighs twitching. “Give a guy some warning!”

Leo smacked him again. “Warning you will only make you tense up.”

Shane made a muffled sound.

“What did you say?” Leo asked, bringing his hand down again. He wished he could see through Shane’s jeans. He wanted to watch his friend’s skin get rosy and hot. Jesus. He closed his eyes, idly rubbing the spot where he’d spanked Shane.

“I said, wouldn’t this be better if I took off my jeans?”

Leo’s throat closed up. He coughed. “Yeah,” he croaked, unbelievably turned on. “Probably.” He had no blood left in his brain for thinking.

“Close your eyes. I can’t do this with you staring at me.”

Leo blinked. “That makes no sense. I’ve seen you naked before.”

Leo took a deep breath and humored him. “Fine. My eyes are closed.” He felt Shane pull away from him, then heard a rustle of fabric. The mattress bounced and he put his hands in his lap, hoping Shanecouldn’t tell how aroused he was.

Leo opened his eyes and gasped. Shane was lying on his stomach completely nude. He let his eyes roam up and down his body, finally coming to rest on the glowing pink of Shane’s ass.

Leo felt his hand move as if in a dream, coming down on Shane’s left buttock firmly. The smack echoed through the room. Shane jumped.

“Oh God,” he moaned, so softly Leo wasn’t sure he hadn’t imagined it. He let his hand caress the skin, enjoying the way Shane’s soft hair felt on his palm. He was golden all over, soft hair covering up sleek muscles. Without giving any warning, he spanked Shane again, on the right side of his ass this time. The imprint of his hand showed up beautifully on Shane’s perfect skin.

This was a different take on the concept of friends as lovers. Shane and Leo are best friends who have been through everything together. They put their friendship first before every other relationship they each have. When Shane finally opens up as to why his ex-girlfriend broke up with him Leo wants to show him how wrong he is. The chemistry between Leo and Shane is blistering hot. These two are made for each other even though Shane has not even fully realized it yet. I loved how quickly he embraced it though. I also liked that he did not have a meltdown about having sex with his best friend that just happened to be a guy. Overall, while I liked the story the ending was a bit weird. I mean who keeps their doors unlocked at night or am I the only paranoid one that keeps all my outside doors locked? At only 28 pages, this is a quick hot story. I wonder if we will see more of these two as they explore each other and life together?