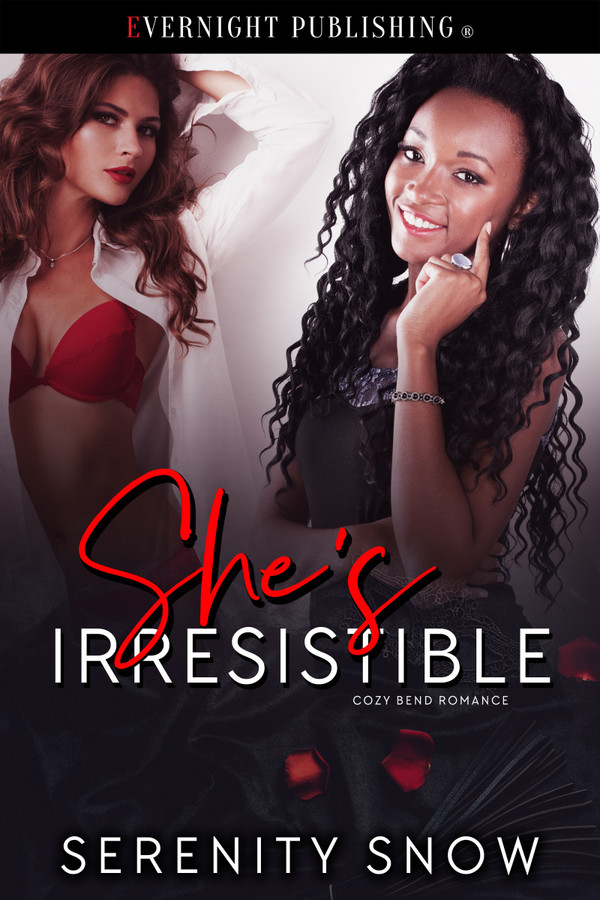 The only thing she wanted was the job of her dreams, but what she got was the sexy younger woman who blew her world all apart.

Randi Zimmerman had known Brionna most of Brionna’s life, and she knew what a flirt she was. However, Randi was unprepared for the moment when Brionna turned her attention on hers. The timing was wrong, the ache to touch her overpowering, but Randi was determined to have one taste and walk away. After all, Brionna couldn’t possibly be into her brand of kink.

However, one moment cracks her resolve, and one sweet kiss sets her on fire enticing Randi to chase a fantasy that could destroy her chances of a dream job and cost her a relationship with her daughters.

It was clear Cook wanted her, and Brionna had no doubt he might eventually be the man Randi was dumb enough to settle for. He was in her field, her age group, and her color. Plus, he was a man. Everything that would keep Randi suppressed and trapped.

And Brionna despised him for it.

“Excuse me,” Randi said two minutes later. “I need to powder my nose.” She gave him a friendly smile and headed for the door.

Randi stopped short at the sight of her, and Brionna lifted her brows.

“Brionna,” she murmured. “I see you’re not in the party mood.”

She was clad in a simple dress and sandals. She liked dresses though she did own some pants. Brionna thought the less left to a woman’s imagination the more likely she was to call.

“You haven’t called,” Brionna drawled. “I guess you’re afraid of what people will say if they see you on a date with a younger black woman.”

Randi’s gaze slid over her, lingering on her breasts for a moment. “I’m not going to play this game with you, Brionna,” she replied patiently. “I already told you that you weren’t my type.”

“You said I was too young, and now I’m not your type? Do you know what that is, Miss Illusion Creatrix?” Brionna reached for the scarf knotted loosely beneath the collar of Randi’s blouse.

“Do you even know what you just said?” Randi asked as she took a step toward Brionna.

“That you’re a pretender,” she said, not moving, and Randi slid a hand to Brionna’s waist and gently urged her aside.

The touch made her nipples harden and her breath catch. God, her mother would be so mad if she knew she was out here flirting with Randi.

Her parents, especially her mother, were accepting of her and had taught her to be who she was even if that was a lesbian. However, they preferred she dated women her age rather than ones old enough to be her mother, but the women her age didn’t appeal. Not like Randi.

Brionna put her hand on Randi’s. “When are you going to stop kidding yourself?”

“I don’t know what you think you know about me, little Miss, but you don’t know shit,” Randi said and gave her a little smile. “Now, show me the powder room.”

Brionna gave her a brief smile and turned and led the way to the half bath. When they reached it, she turned on the light before looking at Randi as she leaned against the wall next to the door.

Randi pulled her inside and pushed the door closed before Brionna could blink and had her against the wall, her lips soft as they claimed Brionna’s.

Brionna gripped the scarf in one hand as she parted her lips. Randi’s tongue darted inside, tasting her slowly. Randi braced a hand on the wall as she ran her free hand up Brionna’s thigh beneath her dress.

Brionna moaned, the touch heating her blood quickly as she creamed her panties.

She released the knot of Randi’s scarf and palmed her breast. Randi drew her hand down to her side and tore her lips from Brionna’s to look into her eyes.

That gray gaze was a meteor storm of desire that rained down on her, making her juices run as her hunger to feel Randi’s hands all over her, coaxing her body to orgasm, increased.

“This could be very dangerous, Brionna,” she said roughly. “You need to stay away from me.”