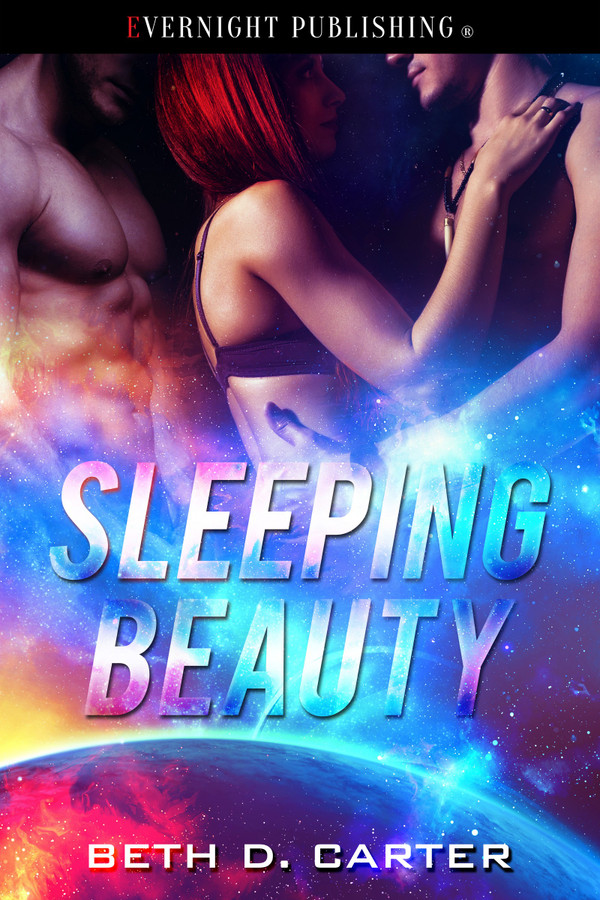 Ronan Hark and Noah Kabot are deep space salvagers, partners in business as well as in life. While investigating an old ship, they discover a cryo chamber holding the frozen body of a beautiful woman who’s been asleep for thirty-one years. Against Ronan’s better judgment, they take the chamber and wake her up.

Alivia has spent her life living as a sheltered yet unloved princess, until the day she is forced into cryo stasis. It was only supposed to be for a short time, but somehow her ship crashed and she became nothing more than a memory.

But now everything has changed. A hunter is after her and killing anyone who knows she’s alive. As they race across the expanse of space, can Ronan and Noah keep her safe? And what happens when she finally returns home to confront a life that forgot about her?

Ronan moved cautiously through the ship. The thick view windows had cracked upon impact, allowing dirt and rocks to tumble inside. Everything was washed out, colorless. Lifeless. He made his way through the broken, silent ship, dreading to see the cockpit and the remains of the captain. But much to his surprise, the control room stood empty.

He moved to the engine console and wiped off the inches-thick dirt, baring the powerless control panels. He sat his computer board on it and activated it. Seconds later the cockpit came to life as the wireless remote downloaded all the information available. It didn’t last long, and as soon as all the data was collected, he disconnected the console, shutting down the power surge. The small area fell silent and lifeless once again.

He activated the neural com link with Noah. “Where are you?”

“I’m next to a large clump of twisted metal.”

Ronan rolled his eyes. “Well, that narrows it down.”

“Wait,” Noah’s distracted voice told him. “I think I found what was causing the power signature.”

Ronan hesitated, but when Noah didn’t contact him after a minute he went after him, making his way carefully through the rubble into the back of the ship.

“Ronan, you won’t believe this.”

He pushed into the back of the ship, which was actually in much better shape than the front, and saw him standing next to a large steel box. Through his visor Ronan could see the surprise covering the younger man’s face.

Ronan hurried over. The metal box, also known as a cold coffin, held a sleeping woman inside. He couldn’t see much of her because of all the tubes obscuring much of her face, but he could tell she was young, with flaming red hair—a glaring contrast to the paleness of her features.

When you think of Sleeping Beauty, you don’t usually think of space travel, civil wars, scavengers, and pirates, now do you? Well, that’s what you get with this version. Ronan and Noah have the perfect twosome, but what happens when a third (and a woman, at that!) comes into play? I loved this space age twist on the classic fairytale, and I also loved our main characters. They are real, they have pasts, they hurt, and they love. Alivia is an innocent, in more ways than the obvious, but she doesn’t remain that way for long. Ronan and Noah balance each other out perfectly, and they have a very honest relationship, which is always a good thing. The pacing was smooth, with no plot holes that I fell through. There is a great range of characters that I would love to know more about – all apart from poor Pops! Full of intrigue, betrayal, decisions, and responsibilities, this was a brilliant book that I thoroughly enjoyed. Highly recommended.

Passengers meets sleeping beauty in this unique, fun, must read story! Ronan and Noah are space salvagers and they find a beautiful woman stuck in cyro. When they wake her, they find themselves drawn to her beauty and personality. But Alivia is a princess with trouble threatening their newfound romance… This is such a fantastic read! I loved the twist on sleeping beauty by making is scifi. These two hunky men find a third in Alivia. However, nothing in life is ever that simple. Danger awaits their every move. The action is balanced really well with the romance. I flew through this book because I couldn’t stop reading! Sex, romance, danger, spaceships, you really don’t need anything else. Sleeping Beauty by Beth Carter is a must read!