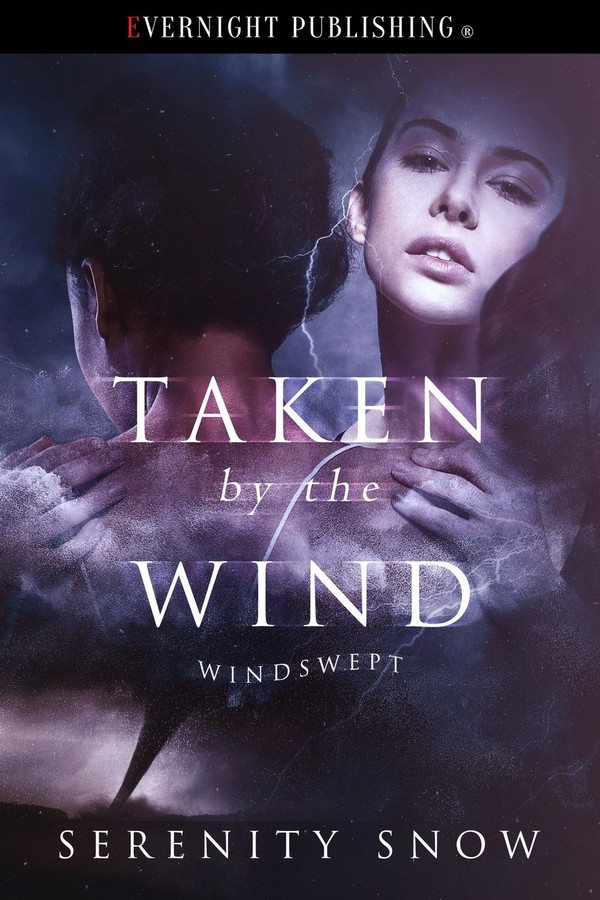 Air is intangible, but the passion of wind nymph Aria sparks into a flame when she meets Juliet’s gaze across a crowded room.

Juliet is a wedding planner, and a witch, who’s tired of watching other women have their happily ever after while she pines for love. The moment she locks gazes with Aria, she’s intrigued and a hunger for a passionate affair rises to the surface in a gale force of need.

But just as their centuries old love rises from its ashes, so does a feud between good and evil that took lives and spawned distrust. However, if Aria is to rebuff the first wave of the enemy’s attack, she has to put aside her old fears of betrayal or lose Juliet forever.

“I’m not working anything,” Juliet continued in a tart tone. “I’m stating facts, Aria. You might be a witch, but I bet there was a time in your life when you were in the same place emotionally. Confused, unsure.”

“Once.” Her hands drifted from Juliet’s arms to rest on her hips. “It was a different time, Juliet.” Literally. She’d been a victim of a decimated race, growing up in the shadows of a war winding down.

“And you could have used someplace like Ivory to guide you,” Juliet murmured putting her hands on Aria’s arms to caress her lightly.

“Juli, baby, you’re not affecting my wallet, just my libido,” she told her evenly. “So how much do you want me to do this?”

Juliet frowned, cocking her head to the right a little.

“Your spell is too weak and that’s probably due to your reticence. Your tradition is probably a light one and bending wills goes against your teachings, so you weren’t formally trained in mind control, right?”

Juliet drew in a breath and let it out. “No.”

There was no regret in her clear azure eyes nor was her scent marred by the tang of a lie. Aria could smell the subtle changes in body chemistry so easily thanks to her keen sense of smell.

“So.” She caressed Juliet’s hips. “How far are you willing to go to make this happen? And before you balk—I can see it coming because you’re too sweet, think about it.”

“I’m not that sweet,” she muttered.

Aria cocked her brows. “You didn’t defend yourself nearly as well as you should have last night and I bet you know a few spells that would have hurt the woman who would have killed you,” she said angrily.

“I was surprised.” She pulled out of Aria’s grip.

“You were temporarily paralyzed by fear.”

Juliet made a face. “I’ve never been attacked by a dark breed before, but the Congress is all over this. You have to tell them anything she might have said so they can find her.”

Aria snorted. “Not happening. I don’t bow to them or the Council. I’ll just lie if you send them to my door.”

“Why? She tried to turn me into a meal!”

Aria extended a hand and sent out a wave of blue air. The breeze snaked around Juliet, and she gasped, batting at it. Aria contracted her hand and the air rushed forward pulling a startled squeal from Juliet.

The breeze pushed her quarry right up to her and Aria gripped her hips again. There was something so familiar and right about it, like her hands belonged there. She lowered her head and Juliet’s heartbeat filled her ears.

“Again I say, what are you willing to do to get my agreement?”

“What do you want me to do?” she asked huskily.

“I want you in my bed from now until your auction.”

This was a fantastic read if you want to escape to another world this is your story or should I say float on a cloud with a warm breeze. Once you pick it up you will not want to put it down. This writer is a wordsmith and will suck you right in like the air you breath. Thank the God&#039;s there is a second in the series already I cannot wait to float into the next one. Thank you Serenity Snow

A new book and the start of a new series! Witches and air elementals you say? Yes please! This book and these characters are very special to me already. I&#039;ve always had an affinity for air and storm and witchcraft so to read a book where all of those come together in passion and love is pretty amazing for me. I had to force myself to stop reading or I wouldn&#039;t have slept at all before work and as it is I only got 2 hours.