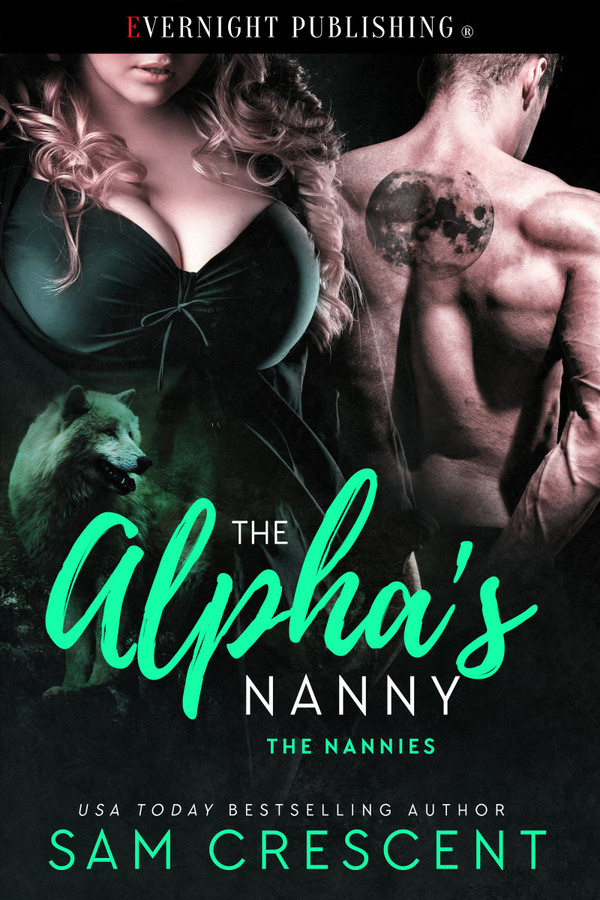 Rocko hates humans. He would rid the world of all of them, only, he can’t kill the innocent, and that’s what he has, an innocent baby. She’s human and he needs someone to take care of her.

Winter was captured but her people don’t trust her. She doesn’t believe in harming wolves, and when she is dragged into the alpha’s house with the demand she look after his child, she doesn’t refuse.

Their first kiss sets her on fire and she wants him more than anything, even though he’s mean, cold, and hateful.

When an attack on their town destroys lives, Rocko has to make a choice. Stay and fight for his pack, or leave with Winter. They don’t want her there, but she’s his mate and he can’t be without her.

He’d deal with all of that at a later date. Even if he had to move her far from his pack to do so, he would.

“Yes, they fit. Thank you.” She looked at the baby. “Are you okay to hold her for a short while so I can iron?”

She turned on her heel and he admired her full, round ass. He wanted to touch her, to feel her ass rub against his pelvis as he had his cock so deep within her, she couldn’t help but fucking scream his name.

That was what he wanted. His name, echoing around the walls as she begged him to fuck her. His dick responded.

She turned toward him. Did she feel the same? Did she want him? He wanted her so badly, he could fucking taste it.

“Your baby. What’s her name? I don’t know what to call her and I don’t want to make up some random name. I didn’t think you’d appreciate it.”

“You want me to name my kid for you?”

“No, for you and your mate. Isn’t that how it goes? Every person deserves a name.”

“It’s Daphne,” he said. He didn’t have a fucking clue why that name sprang into his head.

She stepped close and he tensed as she reached out, touching the girl’s face. “Hello, Daphne. I’m going to take good care of you.”

He wanted her hands on his body.

She spun on her heel and left. He stopped himself from looking at her tempting ass. Nothing ever came from allowing him to crave something he could never have.

“You’re a pain in my ass already, you know that,” he said. Daphne, he’d have to remember the name.

“I could have just killed you. It would have made all of this easy.” The woman he’d stumbled upon giving birth. It looked like she’d been shot by her own people. She’d begged him to take care of her baby. She was bleeding out from between her thighs and the bullet wounds in her chest and thigh.

He’d warned her of what he was.

“I don’t care. You’re only a monster when you choose to be. Please, she’s innocent. Love her like your own.”

Seconds after he held this little girl in his arms, her mother had died.

He didn’t know how long she’d suffered, especially from the wounds and the bleeding, but she’d finally looked at peace.

Now he had a kid, a human, and one big future problem he didn’t want to think about. It only gave him a headache and he was all over having those.

Rubbing at his temples, he tried not to think. This was going to be hard.

He walked down the hall, slowly, quietly. Daphne was already falling asleep on his chest. Again, it amazed him how something so innocent and precious could trust him like this.

He’d take care of her, he’d promised. His pack wouldn’t expect him to care like this. They only wanted a fearless leader, and that was what they got.

Winter hummed as she ironed, her back to him. He watched her.

The long blonde locks were no longer dirty. She’d taken a couple of baths since she got here and the vanilla scent still surrounded her. The shirt she wore hid the curves he wanted to touch.

As if she sensed him, she turned to face him. “Is everything okay?”

“I believe she relaxes when she’s near you.” His wolf also liked being in the same room as her. Just by being close to her, he felt … better. He didn’t know how to describe what his body did, but he felt connected to her.

She smiled. “She’s a wonderful little girl. I am sorry about your mate. It must be so hard for you.”

“She wasn’t my true mate.” The words spilled from his lips before he could stop them.

“Oh, I thought mates were for life in the wolf world.”

“Most of the time they are. This wasn’t the case.” He didn’t like lying to her. “Do you have a mate?”

“I find that hard to believe.”

Rocko found what he wasn&#039;t looking for in Winter and Daphne. He is an alpha wolf with a big job. Women and children complicated his job. He didn&#039;t want anything to do with either Daphne or Winter but as it does feeling and ideals change. Winter showed Rocko that not all humans were out to kill his people and Rocko learned that love can take a hold of his heart and not let go. Winter found two people who actually loved and needed her and she loved them back. There is all kinds of hate in the world but a little love and some understanding can seemly change a few things not all. It takes trust and wanting to see the good in people to keep love and faith alive. Rocko found love and trust with Daphne and Winter. So did his pack find that same love and trust for the Alpha&#039;s family. This was a good read too. We should get to know people before we judge them.

I love this series that Sam Crescent writes. It took me a bit to warm up to Rocko, the Alpha of his pack. While he wasn&#039;t &quot;cruel&quot; to Winter, he was a jerk for a bit. Winter just takes it all in stride and I was kind of disappointed in her UNTIL she finally had enough and stood up to Rocko. Then it gets way more interesting. The sex is hot of course but it was a let down to see that Rocko&#039;s pack didn&#039;t back him like he thought they would against the humans. Simply because his mate was a human. And they didn&#039;t like the face that he took in a human child either. I still loved the story though and was glad to see Winter get some backbone. I would recommend this story to anyone looked for something like this!

Loved it .. This series is great.. Sweet sexy. .. It took him awhile to realize he lived her but finally he did

What a fantastic addition to the Nanny series. The female is soft and gentle and exactly what I have come to expect with this series. And the alpha is unapologetically male. Poor guy, I was disappointed to see that he didn’t have as solid of a support system as he thought. I enjoyed the intensity and the danger, it kept the story moving and me glued to my seat. I can’t wait to read the next book by this author.