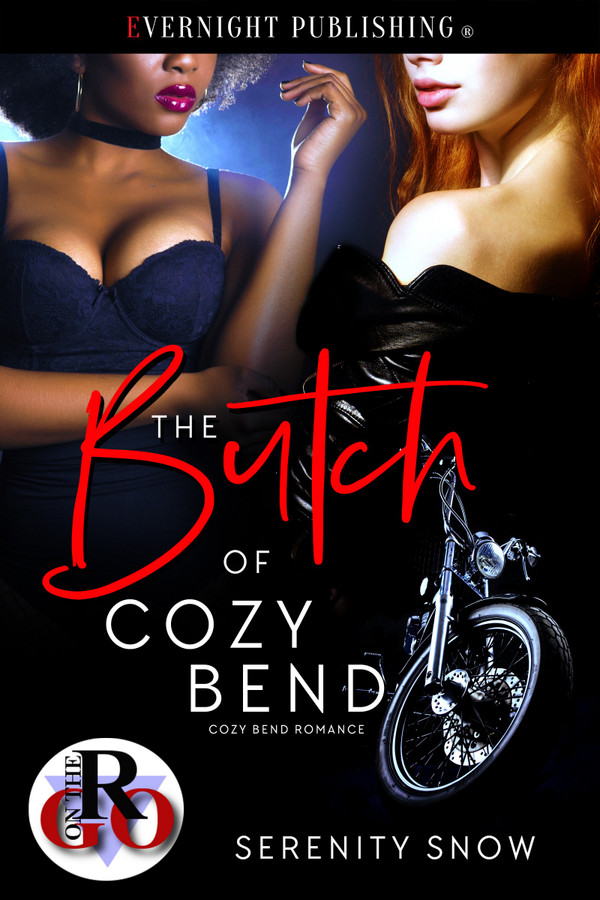 What would you do if you had a second chance with your high school crush?

Spencer fell in love with the captain of the cheerleading squad in high school, but she only got one night with her after graduation. Now, Spencer’s come home to Cozy Bend after long years away, and she’s determined to have one more date with Kate.

Kate is ready for a change, and being maliciously outed only spurs Kate to take a chance, even if that could turn her into an outcast in her small southern town.

When you’ve been lonely too long, if love isn’t worth the risk, what is?

Spencer turned, taking them off the road and down a dirt track where the grass was cut low, and an old brick building came into view. There was a wide deck that wrapped around it, and Spencer pulled up next to it and cut the engine.

She let the kickstand down and slipped off the bike, taking off her helmet in a smooth move that had Kate admiring her grace. She climbed off and removed her own helmet before glancing around.

“My place,” Spencer told her. “Well, it will be once I put a house out here.”

“You’re moving back?” Kate asked, the bottom dropping out of her stomach.

“My stepdad passed away a week ago, and his lawyer called me and told me he left the place to me. I was going to sell, but I figured why not move back.”

“Right. I’m sorry. He was a great guy.” She reached out to squeeze Spencer’s arm. Spencer had been close with her father, and everyone said it was no wonder she was gay.

“What about the store? I thought both your parents owned it.”

Spencer shook her head. “Mom divorced that ole boy. They were never compatible. She just married him because of me. Mom thought I needed a father, and he was a good provider since the store was bringing in a decent living.”

Kate studied Spencer as she went to sit on the deck. “He loved you though. It was so obvious.”

“This isn’t where you grew up.” She looked at the brick house behind Spencer.

“No.” Spencer laughed. “Dad and I used this place as a fishing shack and to fix on the bikes.”

“He taught you how to work on motorcycles?” Kate couldn’t imagine a guy treating his daughter, step or not, like a boy. Her father had clear rules for what was women’s business and what men did.

“Yeah. Why don’t you take off that jacket and sit on it?”

“It’s a jacket, not the royal coat of arms,” Spencer said with a hint of amusement. “Unless you’re afraid to sit next to me.”

Spencer watched her in the dim light of the porch. Looked like she’d strung up fairy lights that cast shadows around them as dark and light tentatively joined hands.

Kate’s heart thumped hard in her chest, and she clumsily removed the jacket, already starting to get hot anyway. She spread it out on the wood of the porch with trembling fingers, palms dampening. Then, she sat on it.

“I heard you were teaching at the college.”

“Who told you that?” she asked curiously. “You been keeping tabs on me?”

Spencer shrugged. “Kendra told me. She also told me your parents wanted you to marry Harry, but he’s marrying someone else. You love him?”

She swallowed as she threw a glance out to the darkness ahead of them. “I like him, or I did.”

“That’s not what I asked,” Spencer said, moving a little closer to her. “I never stopped thinking about that night. Every time I saw a girl with long red hair and peaches and cream skin, I thought about you.”

“You—really?” she asked softly as she fixed her gaze on Spencer. Her skin was heating up now and her nipples hardening in the cups of the lacy bra beneath her dress.

“Everything about that night is still fresh in my mind, and I keep asking myself if you only let me touch you because you were bi-curious.”

Kate sighed. “I was scared,” she admitted. “I wasn’t even sure I was a lesbian.”

“I’ve been with a few women since, but I never felt like I did with you.” She frowned. “I wanted it to feel like that with Harry. He was—I never really felt satisfied with him.”

“So why would you want to marry him?”

Kate frowned. “This is a small town. Girls grow up to marry men of their own color.”

“And I’ve got two strikes against me,” Spencer replied with no accusation in her tone. “I’m a half-Indian woman.”

Half-black, too. She was everything wrong in the eyes of their whole town because she’d broken the rules of uniformity. Yet Spencer had been the first lesbian to come out in Cozy Bend. Fourteen and holding her head up high, she’d walked around like she was the shit as kids whispered nasty things about her behind her back.

“Town hasn’t changed much,” Kate said, more to herself than Spencer, but she had accepted that she’d never marry a man and probably not at all.

“That’s why I left, but I don’t give a damn what anyone says. I’m going to get married to the right woman and raise a couple of kids. I dreamed it would be you.”

Kate looked at her, jaw dropping. “You did?”

“I was in love with you, Katie. Everything about you turned me on back then. Seeing you at my games made me feel ten feet tall. It killed me seeing you with him.”

“I-I didn’t know you thought of me that way, not even on prom night.”

“Why do you think I always teased you? I thought you deserved better,” Spencer said. “Did you ever think about me after that night?”

“Yes,” Kate admitted. “I wondered where you’d gone after college. If you graduated, what you did.”

“I moved to Atlanta, got hired right after college. Then, to New York and back to Atlanta. I’m an artist.”

“The last few years, I’ve loved it,” she said with a smile. “It’s done more than pay the bills, but there’s no one special in my life.”

“Can I ask you something?”

“Go out with me,” Spencer said. “Let me live my fantasy of having you on my arm, just one time.”

I really loved this story. Spenser and Kate are perfect for each other and get to have that second chance that some of us wish we got. Kate gets some great surprises professionally as well as personally. This story is short, sweet and has a bit of spice to it. Spenser and Kate are hot together and I look forward to the next edition in the series. I totally recommend The Butch of Cozy Bend.