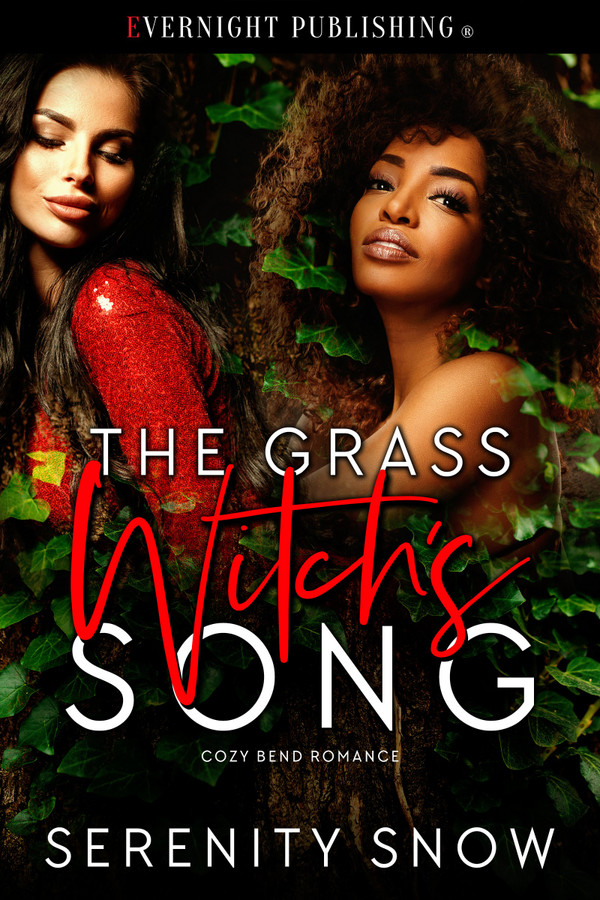 Danica Daniels survived a childhood of abuse, so she isn't a normal woman any more than she was a normal child. There's something odd about her and it’s going to take opening her heart to learn that she’s not as strange as she thinks.

Axton Kennedy has always known she was different and that it would take a special woman to win her heart. However, she doesn't expect to come face to face with the love of her life.

As they drive to save a teenager, both Danica and Axton’s lives are put in danger and their growing bond is put to the test. When Danica is investigated for a hit man’s murder, not even danger can stop the lure of Grass Witch’s Song.

The tone held a quiet demand, and Danica turned to find a tall woman, almost six feet, staring back at her. Deep blue eyes fixed on her. Her black hair was nearly jaw length, the front strands a little longer on her creamy brown skin giving her an almost rakish look.

The shirt she wore was open at the throat giving just a hint of a gold chain, but the way she held her body was more than a little telling. She was there to protect Missy and the other woman.

Danica dragged her gaze from the woman and went to Missy. “Missy, are you okay? What happened?”

“He attacked me because he wants—” she broke off shaking her head, her eyes filled with horror.

“Honey,” Danica said as she took her hand and squeezed it.

Missy’s eyes filled with tears. “He said I had to—I can’t do this,” she said and a sob tore from her throat. “Please, help me.”

The tears that spilled down the girl’s cheeks made her heart clench. “Can you leave me alone with her?” Danica asked.

“No,” both women said in unison and the protective vibe that filled the room made Danica blink.

“Baby, I don’t want to leave you alone,” the woman at her bedside said.

“Lan, I’ll go check on your sister,” the other woman said.

“Go with her, Aunt Landy, please. I’m—I’m so embarrassed.”

“Sweetie, whatever is going on isn’t anything for you to be embarrassed about,” the other woman said as she moved lithely to the bed where she put her hand on Missy’s leg.

“Lan.” The other woman pulled her out of the room.

Danica moved closer to the bed, anger swelling in her belly as she surveyed the bruised face of the girl.

“Help me,” Missy pleaded. “I can’t do this. I can’t carry this thing to term.” She wiped at tears, shoulders slumped. “Please.”

That part of her that had watched a rape victim slowly fade before taking her life, fought for dominance of her mind. That part of her was a dark pool of a monster that was dormant lying in wait for its next victim.

That part couldn’t abide a woman being brutalized.

“My father found out,” Missy said. “He overheard me telling my mother, and he was furious. I can’t stay there. You have to help me.”

“I’ll see what I can do,” she said. She knew there was nothing she could do unless Missy told the police what was happening to her. “I’ll go with you to tell the police.”

Missy laughed derisively. “That won’t help, it’ll just get me killed. Can’t you do something else?”

“I’ll look into it,” she assured Missy, and the monster inside her that craved justice for women and little girls, raised its head willing to do anything to save Missy.