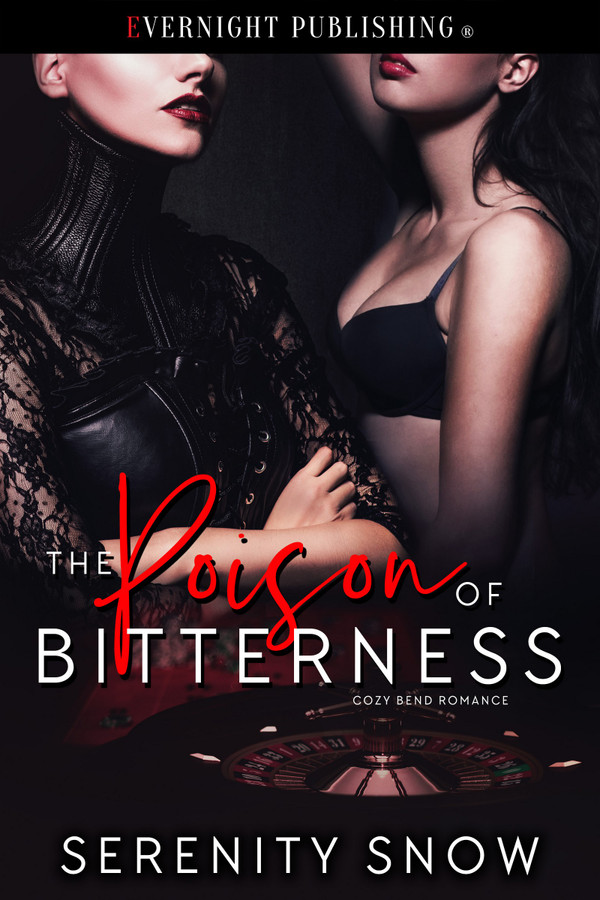 Remi can feel the presence of a ghost lurking, lying in wait to destroy the life she’s building with Sarina. She knows her own fears are part of the danger that could prevent her from being happy.

Then, the ghost makes his first move, and Remi is certain it’s only the first wave and prepares to deal with the trouble before it turns into a nightmare. But what Remi doesn’t know is there’s shadow with a twisted plan of its own. So, as Remi lays her plan, the shadow makes moves that plunge Remi into the middle of a murder investigation that tears the scab off old wounds and reveals dark secrets bound to destroy two families.

As she navigates the murky waters, Sarina is kidnapped, and Remi is prepared to do whatever it takes to get Sarina back and close the doors of the past for good.

“I don’t doubt it,” Sarina said and leaned up on tiptoe to kiss her. “I would feel safer, though, if I was behind the wheel.”

“I can see that,” Remi replied, a hint of belligerence in her tone. She jerked open the door and climbed in. Sarina sighed.

Sarina rounded the truck hoping Remi was not about to turn this into another fight.

She got behind the wheel and inserted the key. As she adjusted the seat for her shorter height and then the steering wheel, she waited for Remi to say something.

The tension in the cab was starting to become palpable as Sarina started the engine and adjusted the mirror.

Remi leaned her head back against the seat. “Valentine’s Day?”

“Unless you don’t think so,” she said as she backed out.

“It’s fine and do what you want. Don’t think about money.”

“I’m not going to.” She had enough money of her own, thanks to Remi.

Remi had bought some of the land Sarina had been left by her father, and Kendra was buying spring water from Sarina. She still marveled at how a natural spring that was so untainted could exist on the property.

There was some clay there as well that was just starting to turn brown again as the weather cooled. It was a natural phenomenon, apparently, and both the clay and water were perfectly good for human use.

“Good.” Sarina maneuvered the truck out onto the street and headed home.

The drive was quiet, and she assumed Remi was half sleep because her breathing was so even, she seemed so relaxed. That was good. Remi was so tense tonight, but it wasn’t like her to drink more than two shots and a beer.

She would probably sleep when they got home, Sarina surmised, but that was good. She had a few things to finalize for the children’s home.

When she pulled into the driveway, Sarina prepared to wake Remi, but she could tell she was wide awake by the way she moved to release her seatbelt.

“Don’t put it in the garage,” Remi commented.

“You want some coffee?” Sarina asked after cutting the engine and removing her own seatbelt.

“No, I’m going to sit in my office and make a few calls then plan for my trip.”

“Are you sure you’re sober enough?” she teased.

Remi threw her a cool stare and climbed out of the truck. Sarina sighed and followed suit.

As they made their way up to the porch she fell into step next to Remi and captured her hand. She slid her fingers through Remi’s and squeezed lightly.

“No, dahlin,” she replied quietly.

“Seems like it,” Sarina said. “It’s like you’re putting a wall between us over the fact I won’t come with you.”

“I just wanted you with me,” Remi said as they climbed the steps and the porch light washed softly over them. “I’m good with you staying for the most part.”

“The bodyguards and who? Kendra or Spencer is going to be underfoot?” Sarina demanded a hint of anger burning in her gut.

“All of the above.” Remi gave a brief grin.

Sarina shook her head. “Fine.” Was that out of fear for her safety or fear that she’d cheat on her?

“I’m glad you’re not going to argue about the bodyguards. One will be with you at all times.”

“I’m glad you’re so protective. I think I like that side of you, but isn’t that a bit much?” Sarina quizzed with a frown.

“I’m not going to cheat on you, Remi,” Sarina told her softly. “If you don’t trust me—”

Sarina didn’t feel the same urgency of fear Remi was feeling which meant something had happened that Remi wasn’t telling her about, or she was being hyper vigilant.

“Will you see Danica? I think she’ll be of some help in—”

“I don’t want to see a shrink,” Remi snapped, and Sarina turned from her to unlock the door.

“I know, but I think you need to talk to someone to get all of the feelings of the past faced and dealt with.” Sarina held her breath as she stepped inside.

Remi didn’t say anything. She merely moved around her and walked away.

“You can’t change me, Sarina, so don’t try. I’m doing fine now that the people responsible for my family’s deaths are in jail.”

“You want to drag me with you like you’re afraid I’ll be gone or something when you get back.”

“I’m worried this isn’t over, Sarina. I mean we don’t know what the Hoffmans or even Corben’s son will do. They were close.”

“Is that the only reason you’re trying to get me to go with you?”

The Poison of Bitterness is fifth in the Cozy Bend mystery series, but as a novel it can surely stand on its own. Main characters Remi and Sarina have already been through their fair share of struggles within the town’s limits, but little do they know that trying to plan a wedding with their two best friends will be the least of their problems! While the heat between Remi and Sarina is scorching, will they be able to take it when their enemies begin to rain fire over them? Each moment of the novel feels like standing on the edge of the unknown, wondering if they will make it out unscathed. Remi and Sarina as characters are written with very strong opposing characteristics, but somehow it is those differences that pull them together in their relationship. Sarina’s extreme patience and independence is the perfect match for Remi’s hot temper and suspicious mind. While things often come to a head between them, Sarina is always able to communicate with Remi and help her away from her dark past and her trust issues. They also have zero issues communicating in the bedroom. The few steamy scenes we were gifted throughout the book show the established trust between the two that might be questioned elsewhere within the novel. As two powerful women, the ‘strong heroine lead’ role is not just fulfilled by one of them, but rather they split the lead with their own unique characteristics. This power dynamic is also fully alive and visible in their relationship as well. The partnership is completely 50-50, even if control is oftentimes given to Remi in the bedroom. The story was very fast-paced, and at moments I think the action could have been fleshed out a bit more and extended, just to really seal in that suspense. But all in all, this story had just the right amount of tension. Serenity Snow was able to pack a lifetime in 30 chapters, leaving no stone unturned, and no women unsatisfied. I have only read this book of the series, but I would like to go back and read the four previous. I would love to see this rubber band of tension stretched from page one! I recommend this to anyone who likes a lot of twists and turns, and powerful women.

I really enjoyed the continuation of the story for Remi and Sarina. This series is really great and totally hot. I’m glad how the story ended and that Remi and Sarina are doing great. I’m interested in where this goes with Danica. I also like that all of the other lesbian couple in Cozy Bend are doing well as well. I would totally recommend this series to other, but start at book 1 since it will follow the series storyline.