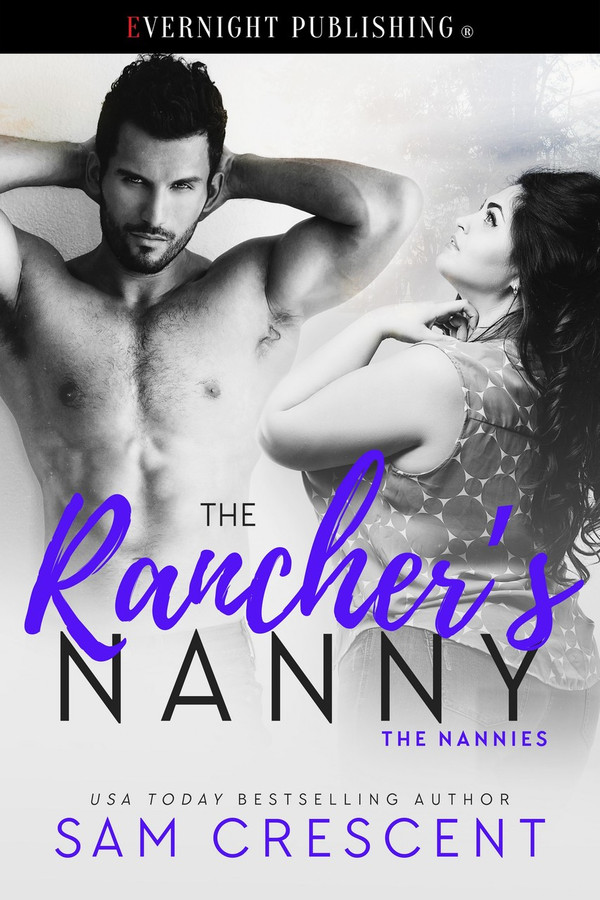 Caleb Pole has sworn off women. After his completely selfish wife, who wanted nothing to do with his ranch or their daughter, divorced him, he truly believes there is no woman out there for him. But his little girl is getting older, and he can’t keep relying on his mother. There’s only one solution … a nanny.

After her fiancé left her at the alter in favor of her sister, Madeline Lennox has sworn off men and romance. The books are all lies. There is no man out there for her. Still, working at the Pole Ranch as a nanny is a dream come true. She adores the little girl, and of course, Caleb looks like one of the heroes has stepped right out of the books she loves so much.

The chemistry between her and Caleb is intense, but neither of them expect to fall in love. Nor do they expect to plan a future with both of them in the starring roles.

It’s time for Caleb to prove to Maddie—and himself—that not only does love exist, but he’s her leading man.

Caleb didn’t think her sister was all that. He didn’t like the guy she’d been with as well. The way they had cornered Maddie pissed him off. It was like they had done it on purpose, and he’d seen the anger in Emily’s eyes. He didn’t find her beautiful at all. In fact, he believed she had to be one of the ugliest women he’d ever seen with the way she treated Maddie.

He didn’t get it. Emily slept with her sister’s fiancé, and yet Maddie was made to feel bad.

She was a beautiful, sexy, amazing woman. Any person who got her would be a lucky bastard.

Pulling up outside his ranch, he released her hand. “Hold on,” he said.

Climbing out of his truck, he rounded to her side and helped her out. He closed the door and pressed her against it.

“Don’t ever let them get to you. They’re not worth it.”

She rested her hands on his chest. “You’re a good man, Caleb.”

He didn’t feel like a good man. Far from it, in fact. As he stared down at her plump lips, his cock began to swell. This was his nanny, but he didn’t give a fuck. She was beautiful, and he’d seen her hurting, and now he wanted to comfort her.

Sinking his fingers into her hair, he tilted her head back.

Her lips would look so good wrapped around his cock. He didn’t think about anyone else, and focused instead on his own needs. Slamming his lips down on hers, he felt her hands slide up his chest, wrapping around his neck as he claimed her lips.

When he ran his tongue across her mouth, she opened up and he plunged inside, feeling her moan and press against him.

Her tits felt fucking amazing. Gripping her ripe ass, he pulled her close, letting her feel exactly how aroused he was. He wanted to take her then and there.

“And I was the one that brought you home.” He kissed down her neck to the pulse at the side. Flicking his tongue across it, he heard her moan. “You want me, Maddie.”

“You can have me.” He pulled back slightly. “All you’ve got to do is say the word.”

“It’s not going to get lost. I still need your help on the ranch.”

“You just want a little fun.”

“We’ve both been scorned by people of the opposite sex. Why can’t we find some comfort in each other?” he asked.

This is the second book in The Nannies series by the fabulous as ever Sam Crescent. I really enjoyed the heartwarming part of this plot. I loved Maddie and couldn’t have been any happier that she found a new family and home with Caleb and his daughter Paige. That was the sweetest aspect of what was a sexy as sin romance. Sam Crescent always creates the most alpha male heroes and she didn’t let me down with Caleb. He was awesome and stood by Maddie the whole way concerning her really nasty sister. I always love the way Sam Crescent is able to pull me into her stories and get me so invested in the characters. In my mind I’m watching it all unfold and cheering my favorite characters on instead of just reading along with a story. This book was a pleasure to read because of the great characters, sweet romance, and the scorching sex. The story flowed by with ease and had me wishing for more, and as usual, there was a happy ever after epilogue for Maddie and Caleb and their family. I would recommend this lovely short romance to anyone.

The Rancher’s Nanny author Sam Crescent is the second book in the Nannies series. This is my first time reading this series and I was not lost at all. I liked this one very much. I liked having a plus-sized heroine and I loved Caleb. He and his daughter are beautifully written, and I could not get enough of them. Caleb is a rancher. He has had a rough time of it. He married a woman who left him and his infant daughter with just a note. Never to look back. Now he needs help, he has been raising his daughter by himself with his mom. But now his mom is getting older and more help is needed. So, he hires a nanny. Maddie has had a bit of a hard time herself. Her fiancé left her at the altar for her sister. She has never ever been as good as her sister in her parent’s eyes. So, everyone blamed her for what her sister did. Now she is happy just to look after other people’s children and ignore her family. I liked Maddie. She is kind, she can see beauty in simple things, and she has a ton of love to give. She is a great mom and great nanny. She also is loyal and loving just who the doctor ordered for Caleb. This is a steamy story that kept me turning the pages. I would love for more from the Nannies series in the future. I want to know who falls in love next and how.

This book was so sweet. Caleb was busy with his daughter, the ranch and things. And his mother wasn&#039;t getting any younger so he needed help but he didn&#039;t want help. Until he met Maddie and saw how good she was with his daughter. Maddie&#039;s life was okay. She loved the ranch, it feels like this was finally where she belonged. After her ex left her for her sister she gave up on men and romance. Even though she loved to read all about the hot alpha possessive types she had enough of men and their expectations. But she also couldn&#039;t deny her attraction to Caleb. And Caleb who also had a bad experience with his ex also didn&#039;t want a relationship again. But he also knew that his attraction to Maddie couldn&#039;t go unchecked anymore. I love books like this. Sweet insta attraction, some drama with the sister and ex but in the end they hero and heroine just can&#039;t keep away from each other anymore. Loved this series and hope there is more where this came from

Miss Sam Crescent, I&#039;ve enjoyed this book very much, sweet, kinky, and right to the point. Great Job, can&#039;t wait for the next book

I loved this book! My heart broke for Maddie and the treatment she endured from her family but it led her to Caleb, her own alpha male.

I love most Sam Crescent novels but I think is top 3! Loved the H so much. He us a bit gun shy after the breakup of his marriage to a woman who wants nothing to do with their daughter or the ranch life he leads. Loved how devoted and protective he was of his daughter! Maddie, the h, is gun shy herself after her fiancé left her at the alter for her sister, who has always made her life miserable, and with her parents who side with the sister! Loved seeing these two grow past the heartbreak and heal together. Of course, the possessive alpha male is a nice cherry on top

I enjoyed this story. Especialy so, because Maddie stood up against her b¡***y sister. I love that kind of drama, but only if h fights back at some point at least. And Maddie did. Maybe because this time around she had something worth fighting for. And talking about it... Caleb was worth fighting for. He was amazing. He always had Maddies back. And he always build her confidence in herself. Like I said, Caleb was wonderful.