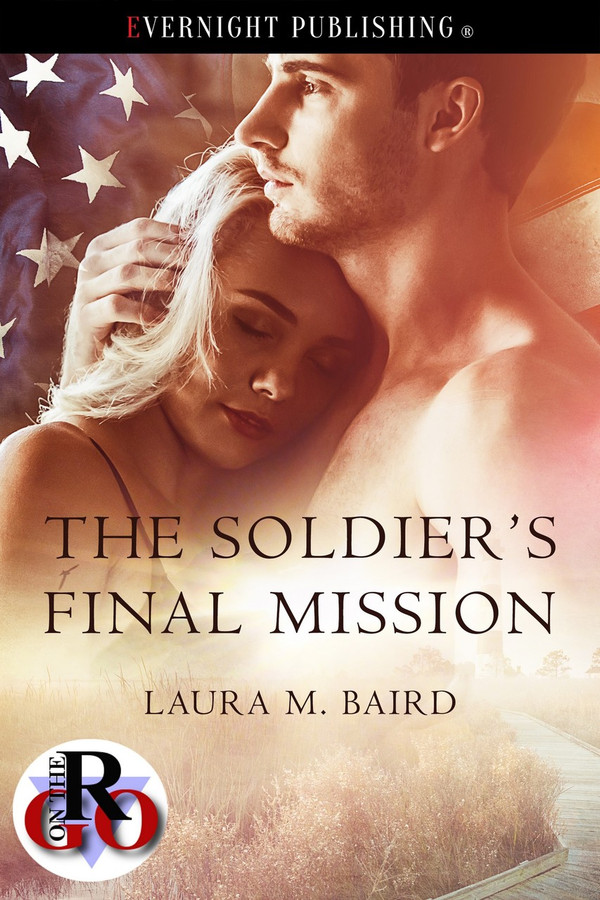 When Special Forces Soldier, Bob meets Becca at his cousin’s weekend party, they share one night of explosive passion. But when Bob’s called away on mission after mission, he wants Becca to have a life instead of waiting on him, and tells her to move on. Shocked and hurt, she does, moving to San Diego to eventually marry and have a son, only to divorce shortly after.

Six years later, when a mission incident nearly ends Bob’s life, he reflects on what could have been, never having forgotten the woman who loved him. Bob realizes he’ll do whatever it takes to have Becca back in his life—if she can see past his scars.

Becca may not have been able to see his eyes, but she knew the hunger was there as his concentration on her never wavered. He held his body rigid, keeping himself in tight control, but she was certain he could spring into action in a matter of seconds. She then noticed a slight shift in his stance, causing her to smile, knowing that his body was reacting to hers. Hers was definitely responding to his as her skin became flush, and not just from the heat of the sun. Her sex clenched and she had to stifle a moan as she thought about all the sinful delights they could offer one another.

Becca had developed a crush on her roommate’s cousin from the first picture she had seen of him. The elation of his first jump. And every one after that. She loved the stories and pictures Tessa would share of Bob. They were as close as brother and sister, each being an only child and having no other family besides their parents.

That had been something Becca couldn’t relate to, as she came from a family of six siblings. She was the baby of the family, and although you usually hear that the baby is, well, babied, that wasn’t the case for her. She’d been mostly on her own, lost in the mix so to speak. She learned to be independent at an early age, and that independence got her into trouble at times. That is, before the encouragement of a certain athletic coach got her on track. Literally.

Becca found strength and freedom in her physical abilities. She could lose herself on a run, feel the power in her body, and enjoy the high brought on by the endorphins. Not much compared to that for her. Not even her few attempts at sex over the years.

But with Bob, she somehow knew it’d be different. She’d dreamt about him. How crazy was that? And when Tessa said that she thought she’d finally convinced him to come out for the weekend, Becca had been ecstatic. She knew about his short-lived relationship with another gal and the child they shared. They never married, but according to Tessa, they were civil toward one another, remaining friends and doing what was best for their little girl. That made Bob all the more admirable in her eyes.

And if she had anything to say or do about it, she’d make herself available to him. She just wanted the chance to see what, if anything, could develop between them.

She was really looking forward to the weekend.

A quick fast paced read. Romance scenes were detailed enough to add to character development. Would be nice as a longer novel with a deeper look into their lives.