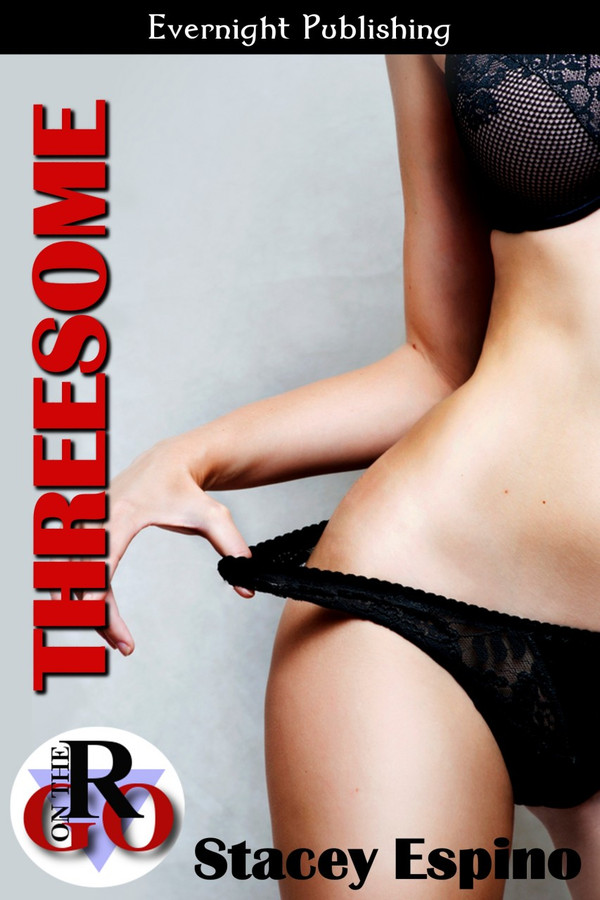 It seemed to happen overnight. After thirty-seven years, Eve’s sexual peak decided to rear its ugly head. Only she was very, very single and couldn’t get a man in her bed if she tried.  To add to her dilemma, the big office party required she bring a boyfriend she didn’t have.

When the party’s over, will they return to being strangers or dare to take things beyond the bedroom?

The other man turned and directed his attention to her. He looked hungry despite his stoic expression. She swallowed hard, not sure if she should back away or beg him to dominate her. Butterflies fluttered in her stomach as she waited for him to speak. “I’ve told Branson to stay away from you…for your own good.” He stepped closer. “You’re the kind of woman a man could lose his soul to.” His voice was a low octave, on the cusp of a whisper. “But since we both have eyes for you, there’s really only one solution.”

He seemed to be pondering her answer, as if it never occurred to him. Was he playing with her? After slipping off his dark suit jacket, he set it on the back of the sofa. He wouldn’t shift his gaze from her, like a predator sizing up its prey. He was sexy as hell, slowly licking his upper lip. Such perfect lips. She noticed the slight stubble along his jawline and dark shadow above his lip. In fact, her mind was working on overdrive, absorbing every detail from the beauty mark on his neck to the small white scar above his eyebrow. Everything turned her on.

“Have you ever taken two men, Eve?”

“No!” she snapped, feigned being insulted. “I mean, no. That’s crazy talk. Who do you think I am?” She was stammering and knew it. Eve blamed her nerves. “What kind of woman jumps into bed with two brothers?” Saying it aloud made her pussy moisten. Brothers.

“So you want to leave?” asked Branson.

“Feisty.” The dark-haired Adonis paced around her, sizing her up. He undid his golden cufflinks, slowly, and set them on the side table with care. “Maybe this wasn’t such a bad idea of yours, Branson.”

I thought this story had a very interesting premise, how does a woman past the first blush of youth find a guy. Reading about Eve’s attempts was enlightening and amusing. I did find the transition from dateless to a threesome not as smooth as I had hoped and her arrival at the party a bit shaky but overall I enjoyed this short story. It has some fun scenes, some very realistic office ones and some hot sex with two good looking guys. Definitely an enjoyable story. With the upcoming office party for the boss a couple only one, Eve is in trouble. Not only is she single but she can’t seem to attract a man no matter how hard she tries. She has to attend or it won’t look good for her. Finally, in desperation she asks a guy she’s seen and crushed about at the office copier. Two things Eve didn’t know. Branson has been checking her out too and his brother Max is equally interested. What started out as a simple date has now changed into something so much more.