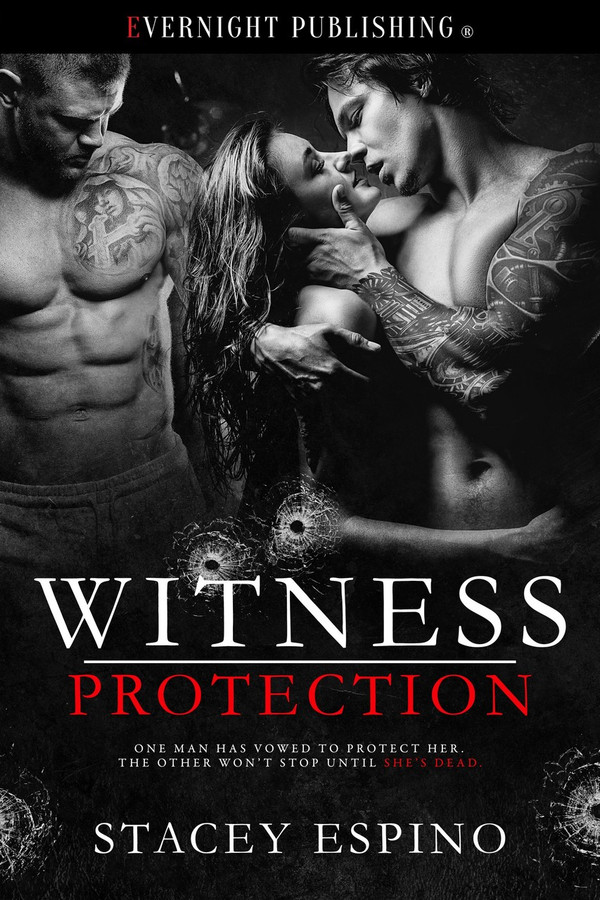 One man has vowed to protect her.
The other won’t stop until she’s dead.

Hawk
She’s been my full-time charge since she turned eighteen. Her father expects me to protect her and keep my hands to myself. I play my role until the day everything changes. Now I have to balance my loyalty to a dead empire and my own twisted desires.

Cayden
Vasily Morenov killed everyone I cared about. All I want is revenge. I assassinated him with a single bullet, but it didn’t end there. I won’t have my peace until that motherfucker is wiped from history, and that includes his only heir.

Sophia
My father owned the city. All I can remember now is blood. Hawk keeps me locked away for my own good. There’s a bounty on my head and an assassin determined to make me disappear. I only remember his hard blue eyes, but I know he’s coming for me. Even Hawk can’t hide me forever.

“As of right now, we’re a nice happy couple. No making eye contact with anyone. We just need to make it to my car in the sublevel. Understand?”

“And if I break the rules?”

He glared at her, the devil in his blue eyes. “Do you really want to test me?”

As soon as they were in the hall, she could taste freedom. Surely, he wouldn’t make a scene if she made a break for it in the busy lobby. He held her hand, a little too tightly, as they walked to the elevator.

This time she paid attention.

They were on the ninth floor.

The elevator opened with a chime and one businessman stood in the corner. Cayden squeezed her hand harder, making her cringe, and tugged her close to his side. She hadn’t realized how tall he was, so close in size to Hawk. If only Hawk was there now, her rock, he’d kill Cayden without a second thought and keep her safe.

She was tempted to meet eyes with the man from one of the mirrored panels. Would she be able to signal him? Would he even be able to protect her from a trained hitman? She’d probably just get him killed.

The elevator stopped on the third floor, and a tall woman with a red suitcase on wheels joined them. The clickety-clack of her luggage came to a rest as she settled near the far panel, facing them. Sophia was sure the woman could read her mind, hear her screaming for help even though her lips hadn’t moved. If only she could make eye contact…

Cayden must have sensed her thoughts, or felt the growing tension, because he reached around and grabbed her ass, pulling her tight to his body. With his free hand, he cupped the back of her head and kissed her hard on the mouth. He had the faint taste of cigarettes and mint gum, but it was the brutal way he possessed her mouth that left her spineless in his arms.

The elevator kept dinging, but she didn’t care. Her eyes were closed, her mind a million miles away. When he finally pulled away from her, she was speechless and stunned. She turned around—the elevator was empty, and they were on the parking level.

There would be no chance to make a scene in the lobby.

He grabbed her hand. “Come on, let’s go. Almost there now.”

She touched her lips as they rushed through the lonely parking level. How could he not be affected by that kiss? What the hell was happening?

Her father had kept her locked up like Rapunzel in a tower, so she had no experience with men, even at twenty-four. She wasn’t good at reading people and had no street smarts or social skills. Her expertise was in university texts, painting, and the ins and outs of life in a fucked-up crime family. She was numb to killing, death, and weapons, but a simple kiss had managed to unravel her.

It was only her second kiss.

She licked her lips, trying to compare the gentle kiss from Hawk and the demanding one from Cayden. They were both perfect, leaving her raw and aching for more.

He pushed his fob, and a car dinged, the lights flashing briefly. Cayden opened the passenger door, moved some things off the seat, then motioned for her to sit. Were those bloodstains? He rummaged in the trunk before sitting in the driver’s seat.

“Where we going?” she asked.

He started the engine and reversed out of the parking spot, paid at the exit, and then they were gone. Driving farther and farther away from the hotel, and Hawk, and everything she knew.

I loved this story! It has everything a 5 star book needs, action, alpha men, damsel in distress and bonus the heroine gets 2 men! Perfect!