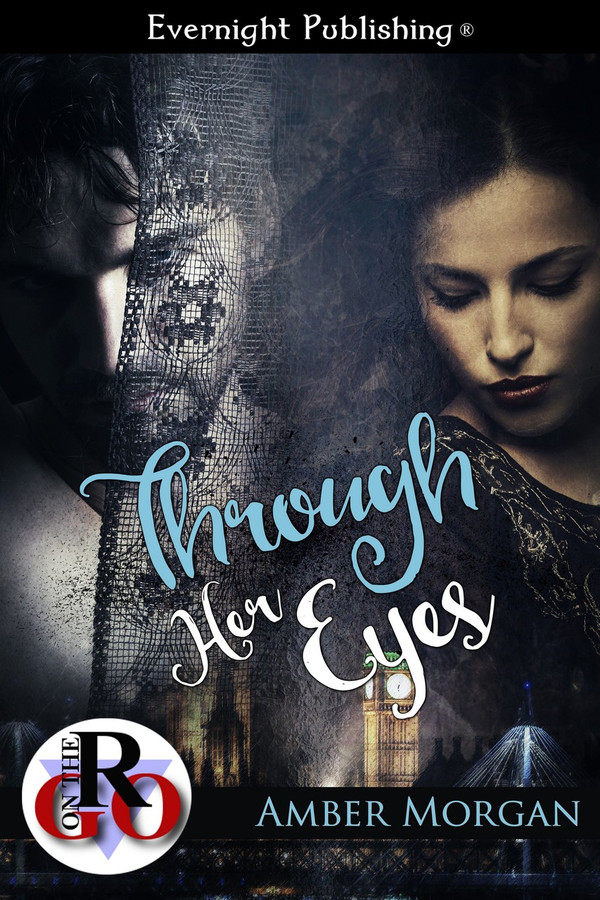 Six years ago, Keira nearly died at the hands of a serial killer. The experience left her with more than just physical scars. She was psychically linked to the killer, a helpless witness to all his crimes. Now the man known as the Shoreditch Slasher has killed again, and Keira is dragged right back into his path.

Detective Dom Abbott believes Keira's link to the killer will help the police finally catch him, even if it means putting the woman he loves in danger. With Dom to protect her, Keira is willing to risk almost anything...but where will her strange gift lead her?

They ate in silence then, companionable, as if they'd been doing it for years. Keira dozed off on the sofa afterwards, until Dom shook her awake and told her to go sleep in his bed. "I'll take the sofa," he said. "Won't be the first time." He pulled her to her feet and hugged her goodnight. She let the embrace linger, relishing the feel of his arms around her. He smelt of old books and tobacco. She wanted to wrap the scent around herself, make it part of her.

He nuzzled her hair and mumbled her name, fingers creeping under her shirt. His fingertips grazed her bare skin, sending sweet shivers through her. Maybe he wasn't as gentlemanly as she'd thought. She hoped not. Almost shyly, she lifted her head, hoping to meet his eyes and figure out what he was thinking.

His intentions were fiercely clear when he kissed her.

She gasped into his mouth, thrilled by the heat of his kiss. He knotted one hand in her hair, forcing her head back. At the same time, he backed her against the wall, pinning her in place while he devoured her mouth with his, forceful and almost painfully demanding. She moaned, a mixture of pleasure and pain. His touch, his kiss, his hands... It was all exquisite, but this position – forced against the wall, held firm by a powerful man... It stirred dark memories.

Dom must have sensed her inner turmoil, because he broke the kiss, stepping back with a groan. "Dammit, Keira—"

"I don't want you to stop," she said quickly, afraid he'd end things before they'd even begun.

"I'm not bloody stopping." He gripped her shoulders, pulling her in close. "Believe me, I'm not. But all the times I imagined fucking you, Keira Swanson, I never once imagined doing it in my front room with a half-eaten pizza at our feet."

She laughed, heart hammering and making her feel bold and reckless. "How did you imagine it?"

"All kinds of ways." He traced her lips with his finger. "Rough, slow, in silk sheets, in the shower, with blindfolds, strawberries, ice cubes, handcuffs..." He ground against her and nipped her earlobe. Keira shivered in delight, pressing back against him. "Drove myself mad imagining all the things we could do. But pizza boxes were definitely never involved."

She shivered pleasurably, electricity seeming to zip between her clit and her nipples at his words and his touch. She'd imagined it too – all those scenarios and countless more, and the thought of actually doing it was as surreal as any outer-body experience. It made her fears about initiating intimacy fall away. Dom wanted her. It was plain in every line of his body, in the way he pushed his hips against her, the way he stared at her so hungrily. She didn't need to wonder how to do this. It would be as natural as breathing.

"So how shall we start?" she asked him, brushing her lips along his jaw.

He swung her up in his arms effortlessly and carried her up to the bedroom. It was as Spartan and masculine as the rest of the house, but she liked that. She liked the idea of being the first woman here in a long time.

This was a good story. Attacked by a serial killer and lived to tell the tale was a great start to the story and then the twist of having dreams about seeing his new victims die made the story intense and interesting. Then another added twist of the detective she worked with before is now in her life and the fact that the chemistry between the two is high made for an outstanding story!