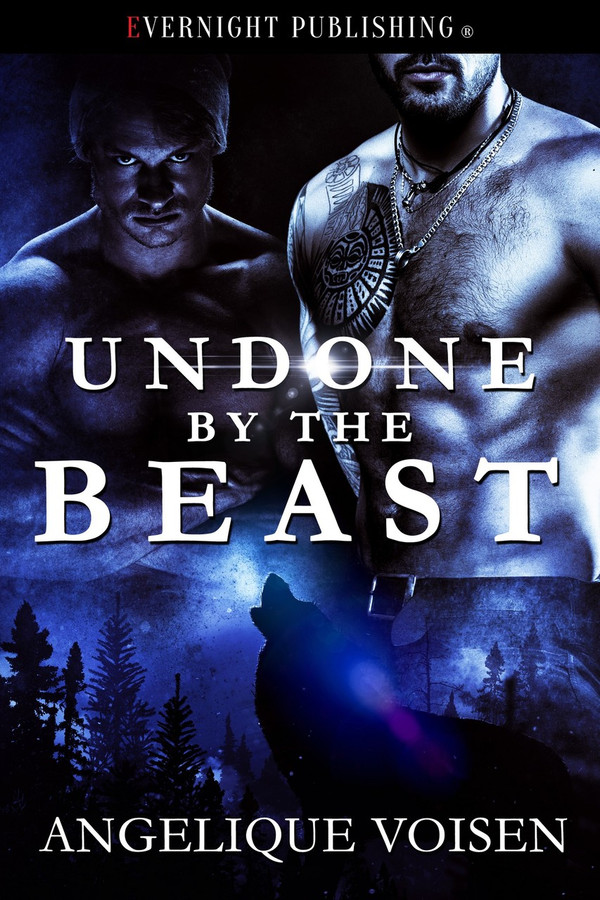 Hunt or be hunted, that’s the rule of Ryan King’s world. After stumbling upon his brother’s mangled corpse, Ryan’s devoted his entire life to vengeance. When he finally closes in on the supernatural killer, he realizes it's not enough. Ryan needs to find a monster of his own in order to take down a psychopathic killer. The last thing he expected is to fall hard for his sexy and lethal monster.

Colton Black made one mistake in his youth and has been paying for it ever since. To save his brother, Colton turned him into a werewolf, but he never expected his brother to become a bloodthirsty psychopath. When Colton meets one persistent hunter, he didn’t count on Ryan being capable of stirring his dead heart awake. Colton’s got nothing to lose, until he finds out Ryan’s is his fated mate.

“Why? If you and I are going to throw our lives anyway, why not have a little fun before the end?”

Colton made an excellent point. A little fun. God. Ryan had forgotten what that word meant. He deserved a break, didn’t he, and he had a feeling a man like Colton only asked once. Now or never, and he’d already broken the hunter code by working with a werewolf. What was breaking another rule?

Excitement made his heart race, his breathing hitch. Colton could overpower him during this entire conversation, force him against his will if he truly wanted Ryan under him, but he didn’t. Ryan had a choice, say yes and submit—or spend what might amount to his last few nights in this world, lonely and miserable.

“I haven’t been with anyone in ages. I don’t know how—I might end up disappointing you in the end.” What was Ryan doing? At this rate, he might wind up chasing the werewolf away.

“Where did the confident little human with steel in his spine go? Suddenly so shy around me?” Colton smiled, flashing a hint of fang.

“Is that how you see me?” Ryan asked, blinking. “That sounded like a compliment.”

“You’re human and possess a frightening single-mindedness to your goal. You’re crazy enough to go after a monster like Chris.”

“Crazy,” Ryan repeated, then let out a laugh. “That sounds like me. My old friends and work colleagues told me I was insane to go after my brother’s killer, that I’ll die in the process. I got this far, didn’t I? I might not be able to go toe-to-toe with a werewolf of Chris’s level, but I have the next best thing.”

“Me.” Colton cupped his cheek, and Ryan found himself standing. His heart beat so fast, it could crawl out of his chest. Colton’s big, callused hand on his skin felt so warm, and when Colton slid his thumb over his lower lip, parting his mouth, Ryan sucked down on it. The werewolf groaned.

Before Ryan could drop to his knees, Colton fisted his shirt and finally kissed him. The room blurred as he closed his eyes. It wasn’t gentle or slow, but he already knew a hard man like Colton only knew one way to kiss. Good thing, too, because Ryan craved rough and hungry. He responded, not minding Colton sliding his huge hands down his sides.

When Colton thrust his tongue down his throat, Ryan forgot about his mission, his thirst for vengeance. All that mattered was the male about to claim his body. Ryan knew without a doubt he’d cave, submitting to Colton’s bruising touches and his scorching kisses that left him wordless.

&quot;Undone by the Beast&quot; is a solid four star read. I liked the plot line a lot. The push and pull of the two male leads made for an intense read. The story will have you on a will they or wont they cycle throughout the book. Colton knew he shouldn&#039;t but he couldn&#039;t resist that Ryan was his mate. Ryan had to over come the fact that Colton was the brother of the werewolf who killed his brother. Then to have the strong attraction between him and Colton wrapped it up. It made for a hot and sexual chemistry in the love scenes. I absolutely love when some sort of conflict between the main males makes an appearance. It&#039;s even better when an outside force comes into play. You get both of those in this story. I recommend this book to others for the good read it is.